The biggest surprise that came from my exclusive interview with Emily Murphy, the General Services Administration’s administrator, last week wasn’t her comfort talking about the Public Building Service and leases, or her recognition that 2017 was a tough year for the agency, or even the fact she said she would seriously look at making the schedules program more transparent to non-contract holders — one of my soapbox issues for the last decade.

Rather, it was about a procurement item where I figured after spending the last decade watching Murphy’s actions on Capitol Hill and listening to her speak on occasion at industry events, I knew where she stood—generally speaking, of course.

Then I asked a simple question: “What preconceived notions about GSA generally that, maybe, weren’t right, or were proven wrong?”

Without hesitation Murphy said the Transactional Data Reporting (TDR) initiative — a hot bed of concern and angst for industry for much of the past few years.

“I came in with a stronger preconceived notion that perhaps it was something we just wanted to roll back,” Murphy said. “I came in and saw a lot of the value of it, but I also realized that rolling it back in-and-of itself creates a burden for the very businesses we are trying to help. We are trying to move toward an e-invoicing system instead. So rather than doubling down on the burden, we are trying to work with them and partner going forward so we reach the results both industry and government want to, which is a good honest exchange of data and information.”

If you aren’t familiar with TDR and wondering what’s the big surprise, let me catch you up a little.

GSA developed the TDR initiative to replace the dreaded commercial sales requirement and its corresponding price reduction clause in June 2016.

The Commercial Sales Practices regulation requires contractors to disclose to GSA details of any discounts vendors offer to commercial customers for similar products and services. The Price Reduction Clause requires contractors to monitor their pricing over the life of the contract and provide the government with the same price reductions that they give to commercial customers.

The PRC has been at the center of most of government contracting-based False Claims Act whistleblower cases and settlements over the past decade. For much of the past decade, vendors have called on GSA to change the PRC because it doesn’t match up with how agencies buy or how contractors sell anymore.

Instead under TDR, vendors are providing information generated when the government purchases goods or services. It includes specific details such as descriptions, part numbers, quantities and prices paid for the items purchased.

Initially, GSA made TDR mandatory for all new schedule holders and any vendor who renewed their schedule contracts.

But in August, GSA made TDR voluntary, in part because of  vendor concerns and the Trump administration’s desire to address regulatory burden across all agencies.

Larry Allen, president of Allen Federal Business Partners and a federal acquisition expert, said Murphy was correct not to just get rid of TDR because it would leave those companies that are taking part in the pilot facing a great deal of uncertainty.

Allen said GSA expected TDR to replace the need for vendors to provide commercial pricing data, but that’s not what’s happening on a broad scale.

“I just talked to a company last week whose contracting officer at the end of the TDR review asked them for commercial sales data even though they should’ve been trained that this is not necessary anymore,” Allen said. “I don’t see TDR ever moving past this small cadre of companies unless GSA succeeds in getting contracting officers stop asking for commercial sales data.”

It’s not a matter of training by GSA, but more of the old adage, “old habits are hard to break.”

GSA has been holding in person and online training sessions for the past year, including another one on Feb. 21.  The 90-minute webinar will feature a live demonstration of TDR for both vendors and users, and include questions and answers.

Murphy, who often heard vendor concerns when she was on the staffs of the House Small Business Committee and House Armed Services Committee, said she is trying to engage with industry as administrator to better understand their perspectives about the potential and real burdens.

“I think the better question is how do we make sure the government gets the data it needs to make the right decisions without unduly burdening our vendor community?” she said. “I hope to closely with the Office of Management and Budget and other agencies on e-invoicing. I think we are expected the Federal Acquisition Regulations Council to move forward with some e-invoicing rules in the future, and then seeing how do we transition from where we are to where we want to be in a way that takes in mind the burdens we are creating but also does give us the data we need to make responsible decisions.”

Murphy said the e-commerce portal provision in the 2018 Defense Authorization Act takes this idea of ensuring the government gets the best commercial prices a step further.

“That’s taking the idea that if our customers don’t know they are selling to the government, is there a way that we can have dynamic pricing competitions take place so we are getting the same prices the private sector is paying but we are doing so in a way that reduces the burden on them?” she said. “It’s an opportunity Congress has given us and it will require a lot of collaboration between Congress, OMB, GSA and our customer agencies as well as our industry partners.”

GSA and OMB  held an industry day in January to learn more about how to implement the provision.

Allen said the e-invoicing idea is interesting because it’s a more pragmatic way to capture data.

“Contracting programs like Alliant or NASA SEWP can provide specific price analysis information because the Alliant team, for example, touches every invoice,” he said. “Right now GSA touches hardly any schedule invoices or purchase order so I think where Emily is going is if it’s an e-invoice, it’s just as easy to send a copy to GSA as it is to send real live one to the Army. GSA sees invoices as providing the information about what was bought and the prices paid as a way to develop the price analysis for better customer use.”

Allen said e-invoicing may not meet all of GSA’s needs as it continues to try to replace the price reduction clause, but it will get them closer than TDR ever did.

In the meantime, Allen said vendors should be wary of TDR because of the risk that auditors still are tied to the old way of oversight where they expect to see specific data under the commercial services practices and price reduction clause.

Murphy didn’t offer any timeline of when a draft rule or specifics about how e-invoicing could work, but the fact she understands and wants to improve the processes is an important first step. 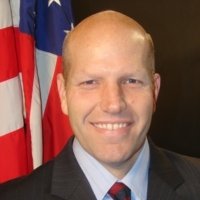 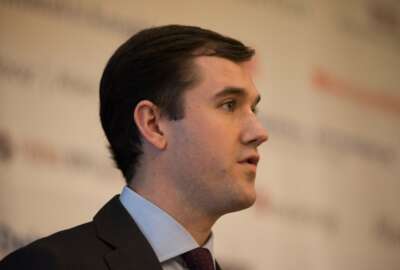 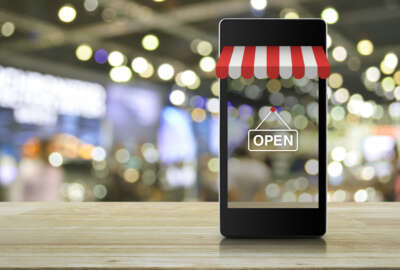