The path to becoming a federal chief information officer is full of zigs and zags.

Sylvia Burns, the Interior Department’s CIO, almost was born for the position. Burns was part of the audio visual (AV) group in junior high school and high school — one of two women to hang out with the “geeky” boys watching Star Trek and reading authors like Isaac Asimov.

“I loved it just because it was this thing about how the...

The path to becoming a federal chief information officer is full of zigs and zags.

Sylvia Burns, the Interior Department’s CIO, almost was born for the position. Burns was part of the audio visual (AV) group in junior high school and high school — one of two women to hang out with the “geeky” boys watching Star Trek and reading authors like Isaac Asimov.

“I loved it just because it was this thing about how the future could be and technology was such a part of it, about bringing civilization to a place where we’d never been and moving the boundaries always,” Burns said.

Now Burns is celebrating her four-year anniversary as Interior’s CIO, making her the longest serving one in the CFO Act agencies — by a few months over Joe Klimavicz at the Justice Department and Swarnali Haldar of the National Archives and Records Administration — both of whom came later in 2014 and are approaching their four-year anniversaries too.

Maria Roat, the Small Business Administration’s CIO, who was brave enough to undertake the transformation of a broken down agency that was SBA and turn it into a leading edge one from a technology perspective, was introduced in to computers in high school where she worked on a Burroughs mainframe. Roat joined the Navy out of high school and worked on mainframes, key punches and eventually PCs, engineering and global enterprise networks.

“I’ve held pretty much about every job except for programmer, which I really suck at,” she said. “I am a bad coder. I will troubleshoot all day long, but don’t ask me to sit still, write something. Being curious, asking questions, ‘Why not? Why can’t we do that?’ I’ve been able to move around and do different things. I worked all over the place at DHS. Sometimes you are not looking for things, but somebody says, ‘Hey, take a look at this job,’ and that’s how I ended up with many of my jobs.”

And Roat did without a college degree. In fact, she just graduated four years ago with her bachelor’s degree.

Burns and Roat are part of a growing community of CIOs who: (1) are impacting the government, and (2) happen to be women.

And with the federal CIO and cyber positions staffed by women at a rate of 40 percent, administration officials see a real opportunity to make change.

“We actually are embarking on the largest transformation in the world, and more importantly, results have proven that women are more effective collaborators and what you deliver is actually better,” said Suzette Kent, the federal CIO. “A recent Harvard study found that one of the best ways to boost their ability to transform themselves and their products is by involving women and having a culturally diverse team. Another study looked at Fortune 500 companies and showed teams with equal numbers of men and women were more likely to be creative, share knowledge and fulfill the team’s objectives.”

Kent said these studies only underscore the federal government’s place as well ahead of  the private sector when it comes to bringing more diversity into the technology sector.

“Last year, it was announced in the private sector the number of women who held CIO positions declined by 3 percent. That’s pretty sad,” she said. “But I’m happy to report, here in the federal government, the number of women in cyber and IT positions is 40 percent. In the CIO Council, that’s a picture of diversity. In the entire team, 35 percent of the leaders are women.”

Kent and other federal CIOs say it’s not just about their journey to how they rose to be technology leaders, but ensuring the pipeline behind them remains strong.

Education Department CIO Jason Gray said his deputy CIO, Ann Kim, plans to hold quarterly get-togethers with the women in the office to discuss challenges and goals as a way to ensure growth of the staff.

“My deputy, who is a woman and phenomenal, led the meeting. It was interesting because on their own, there was no agenda, they decided to use this as a medium to address challenges of the organization,” he said. “I’m looking forward what they come up with.”

At the Department of Health and Human Services, CIO Beth Killoran said when she first got to the agency, technology was dominated by men with it being 57 percent white male with an average age of 56-years-old.

Now, almost three years later, HHS has a 51-to-49 percent ratio of female to male in technology positions, and the diversity of staff doubled as well.

Additionally, she said the HHS CIO Council is shifting to focus more on the mission instead of technology. The goal is to have the change at the broader enterprise perspective so the mission folks know why the technology will have an impact.

From her perch as federal CIO, Kent said diversity comes from people.

“What we are doing at the federal level to drive that diversity of thought is the way we are trying to approach design, and including the people who are using the services and the people who are delivering the services in that dialogue,” she said. “An easy way to measure can sometimes be different criteria and counting who is where, but what we are really going after is diversity of perspectives.”

Kent said one example of this is with the President’s Management Agenda’s cross-agency priority goals where OMB sought employees from different agencies to be sponsors of the objectives and members of the associated working groups. 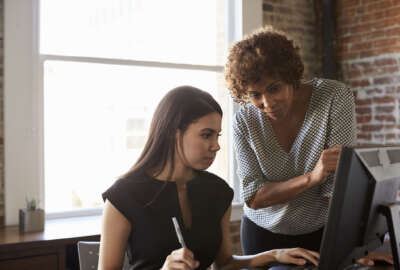 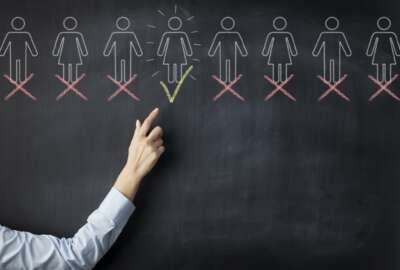