Oracle Corp. wrote about 1,000 pages in its bid for the Defense Department’s $10 billion cloud program known as the Joint Enterprise Defense Initiative (JEDI).

The company says DoD eliminated it without getting much past the first eight pages, which detailed Oracle’s qualifications under the first evaluation gate.

Oracle Corp. wrote about 1,000 pages in its bid for the Defense Department’s $10 billion cloud program known as the Joint Enterprise Defense Initiative (JEDI).

The company says DoD eliminated it without getting much past the first eight pages, which detailed Oracle’s qualifications under the first evaluation gate.

“The first gate required that ‘the addition of DoD unclassified usage will not represent a majority of all unclassified usage’ on the vendor’s overall usage. DoD decided to base this determination on data averaged across two selected months (January and February 2018), seven months before the JEDI request for proposal (“RFP”) submission deadline and now almost 18 months ago. Significantly, Oracle was eliminated for falling 0.79 percent short of the mandated threshold based on DoD’s approach, but would have cleared the same threshold had DoD averaged data just 30 days later (February and March 2018) or in any subsequent period,” Ken Glueck, Oracle’s executive vice president writes in a letter to House and Senate armed services and appropriations committees, which Federal News Network obtained.

DoD informed Oracle and IBM in early April that the two firms didn’t make it out of the initial review of bids, leaving Amazon Web Services and Microsoft as the remaining two competitors for JEDI.

The letter is the latest way Oracle is turning up the heat on the Pentagon and its plans for a single award cloud contract. The software giant also has a protest pending before the Court of Federal Claims.

Oracle asked lawmakers to exercise their oversight authority over DoD and JEDI and push for a fairer competition.

“DoD’s presumed intent behind the gating criteria was to ensure it received bids from large, enterprise-grade cloud service providers (CSPs) with robust cloud service offerings capable of meeting the unique needs of the DoD,” Glueck writes. “Certainly, IBM and Oracle — two of the world’s largest technology companies — meet these general criteria on its face. By eliminating IBM and Oracle, DoD eliminated two of the most enterprise and security-focused CSPs from competition, leaving only two companies to compete for up to a 10-year, single-vendor award.”

An industry source familiar with the JEDI competition said lawmakers have been interested in the procurement since it kicked off more than a year ago. The source said Oracle is trying ramp up lawmakers’ interest with the letter.

“If the goal is to get to the best answer for DoD, then what’s wrong with reading four proposals? There weren’t 200 before the agency, there were four,” said the source, who requested anonymity in order to talk about the controversial procurement. “I think most people knew from the outset that AWS and Microsoft could make it through what many say is an arbitrary gating process. But what I think Oracle is telling Congress is that it’s okay to use gates, but not ones that clearly exclude qualified competitors for this 10 year contract.”

Sources say IBM made it through gate 1, but DoD decided it didn’t meet the requirements under gate 2, high availability and failover.

In all, DoD outlined seven gate criteria under JEDI. Others include commerciality, independence, automation and data.

The Pentagon structured the procurement where the gates operate in a waterfall approach where vendors have to qualify for gate 1 before they get to gate 2 and so on.

This means if DoD disqualified Oracle at gate 1, then it likely didn’t bother reviewing the rest of its proposal.

Industry, including Oracle, Microsoft and Google, which didn’t end up bidding, has been concerned about the gate evaluations in JEDI since the draft request for proposals came out.

The source said during the comment period on the draft RFP, during and after the JEDI industry day, and in Oracle’s bid protest, contractors brought up uneasiness about the gates.

The source said DoD declined to change the gating requirements, worried that it would open them up to dozens or 100s of bids.

“To be sure, competition in the commercial cloud services market is robust and advances in cloud computing technology are accelerating. JEDI’s arbitrary — and dated — gating criteria deprives DoD the opportunity to secure the most innovative technology at the best price,” Glueck writes. “Next generation cloud vendors are innovating rapidly around performance, security, artificial intelligence, agility and many other attributes of modern cloud. Ironically, by focusing on a measurement and “gate” now almost 18 months old, DoD virtually assures itself to only evaluate legacy cloud alternatives, depriving the warfighter of the newest generation of cloud technology.”

Here is the exchange between Womack and Shanahan:

Womack: “Why does your department continue with what I believe to be an ill-conceived strategy on a single vendor JEDI cloud program? There’s been a down select to two organizations, that in my strong opinion, continues a strong pattern of limiting competition on a program that is potentially extremely expensive. We don’t know just how expensive it’s going to be, and I have strong concerns about how the  approach by the Department of Defense in this arena seems to be geared toward producing a desired outcome with a specific vendor. So I’ll leave it there, but I’m concerned about JEDI.”

Shanahan: “Well, digital modernization is probably one of the most important undertakings the department has. So for us to be successful in cyber, we have to be able to protect ourselves. So the cloud is one element of infrastructure that we’re modernizing. The fundamental premise on our approach to the JEDI implementation was to have competition. And this is an important underpinning of that competition, preclude vendor lock-in. So we want to be locked into one supplier, just like in the situation we have with Electronic Health Record, have flexibility if things aren’t working out.

Across the department, there is a proliferation in terms of implementing clouds. Everyone was moving to the cloud. The JEDI competition is about creating a pathway so that we can move as a department on a small scale.

This isn’t wholesale. It sometimes gets advertised as this is winner-take-all. This is winner-take-all for a very small subset of the amount of cloud infrastructure we’re going to have to build out over time. Besides creating competition, we’re creating the standard processes so that the department can migrate, so that we don’t have each and every department trying to figure out how to move to a cloud.”

Womack also asked Shanahan if DoD is talking to the intelligence community about its decision to move to a multi-cloud environment. The acting Defense secretary said they were paying attention and “we’re taking what they learned from their experience and translating it into what we’re doing.”

The congressman was less than satisfied.

“I’ll leave the subject as that it is clear that multi-vendor cloud environments are widely used by large organizations for a simple reason, they increase competition, they improve security and capability and they provide cost savings and in an environment like we’re in right now, I would assume that that would be a key issue for our Department of Defense,” Womack said.

While Womack’s interest in JEDI isn’t new—he wrote a letter to the DoD inspector general in October asking for an investigation—Oracle hopes to spur more interest and more questions before the expected award of JEDI by mid-July and the Court of Federal Claims decision that should come before the award. 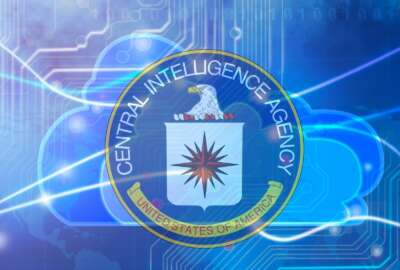 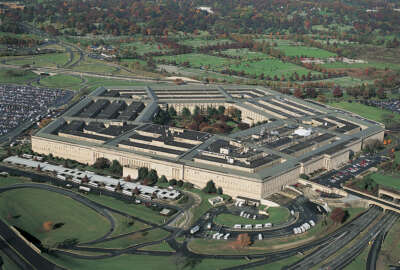 DoD IG to consider investigation into Pentagon’s $10B cloud program