The Defense Department inspector general and the FBI have launched a preliminary investigation into the DoD’s $10 billion Joint Enterprise Defense Infrastructure (JEDI) program and the Washington Headquarters Services’ role in this and other acquisitions.

A source confirmed to Federal News Network that they have met with the DoD IG and the FBI’s Public Corruption Squad recently...

The Defense Department inspector general and the FBI have launched a preliminary investigation into the DoD’s $10 billion Joint Enterprise Defense Infrastructure (JEDI) program and the Washington Headquarters Services’ role in this and other acquisitions.

A source confirmed to Federal News Network that they have met with the DoD IG and the FBI’s Public Corruption Squad recently to discuss a host of issues around DoD procurement.

The source, who requested anonymity in order to discuss an ongoing law enforcement matter, said the discussion centered on times and dates of meetings, and the Cloud Executive Steering Group and its role in drafting the solicitation for JEDI.

The source said the DoD IG and FBI also asked about relationships of contractors and government personnel as it relates to JEDI and other procurements.

Neither the DoD IG nor the FBI would confirm or deny the existence of an investigation.

While there are several unanswered questions about what the FBI and DoD IG are looking into, a former FBI agent and lawyers not associated with JEDI or the DoD cloud efforts — but familiar with how IG and FBI investigations typically work — said it’s not unusual for these two investigative organizations to work together on a case.

“Often when it comes to government contracting investigations, the FBI will not take over the case, and they often will enlist other people who are experts,” said Thomas Baker, a retired FBI special agent who worked in a variety of investigative and management positions at the bureau.

But if the FBI is involved in interviews on any topic, the experts say it implies there potentially is some sort of wrongdoing involving DoD civilian personnel and/or DoD procurement procedures. 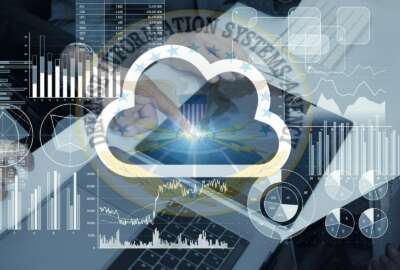 “The FBI and the DOD IG are both very talented and professional law enforcement agencies, who each have overlapping legal authority to investigate matters. The two agencies have learned how to avoid stepping on each other’s turf, and to ‘work’ matters jointly when appropriate. There may be an aspect of any case that is important to the FBI, which most often takes investigation of public corruption cases, although that may not be the case here, and the DoD IG which has expertise on government procurement matters,” said Stephen Ryan, a former general counsel to the Senate Committee on Governmental Affairs, a former assistant U.S. attorney and now a partner with McDermott Will & Emery. “One may be focusing on a part of an investigation while the other maybe focused on another issue, but it makes sense to collaborate.”

Additionally, experts say the DoD IG is one of the most well-resourced, well-trained units across the government, meaning they typically don’t need the FBI’s help. And if the FBI is involved, agents aren’t just participating because they don’t have better things to do.

Experts say if the FBI is involved in a case like JEDI or more broadly around potential public corruption, they are looking at any sort of crime that falls under 18 U.S. Code, 201, the federal bribery statute, and other similar statutes that cover unlawful acts by public officials.

Ryan stated that if it is established that both the DoD IG and the FBI are working together on any matter, one cannot infer the case has greater weight or importance legally until there is a court filing or other lawful public disclosure of the matter.

And Baker added that many times the FBI looks into something and finds there isn’t enough evidence for it to be a criminal matter and administratively closes the case. He said the FBI could very easily be at the beginning of an inquiry where they are just gathering information.

The fact that the DoD IG is looking at JEDI, however, isn’t surprising. Reps. Steve Womack (R-Ark.) and Tom Cole (R-Okla.) asked the agency to dig into the much anticipated and highly controversial contract in October. The House Appropriations Subcommittee on Defense members said they were most concerned that JEDI restricted competition.

Womack’s spokeswoman told Federal News Network that the DoD IG hasn’t given the lawmaker “an official response in writing yet.” Emails to Cole’s office seeking comment were not returned.

DoD has been under heavy scrutiny for much of the past 18 months as it developed its plan and solicitation for JEDI.

Since the release of the request for proposals last summer, industry has turned up the pressure with multiple bid protests, first to the Government Accountability Office and now to the Court of Federal Claims.

The news of the preliminary investigation comes as DoD announced its own investigation into a possible conflict of interest that compromised the procurement.

What is surprising, however, is the FBI’s involvement. Several industry and Hill sources expressed outward surprise when told of the bureau’s interest. One Hill staff member chuckled out-loud, as if to say “it figures” rather than to express glee or shock.

While it’s difficult to know exactly what the FBI and DoD IG are working on, it’s clear there is enough concern to warrant them asking questions and digging into the details. No matter what comes from this, it’s just another factor that will impact JEDI and DoD’s plans in the near term.