Over the last 25 years, during the era of the governmentwide acquisition contract (GWAC) and governmentwide multiple award contracts (MACs) it’s difficult to remember the last time when one of those vehicles hit its total dollar ceiling.

But for the General Services Administration’s 8(a) STARS II program, it’s a different story. Not only did GSA...

Over the last 25 years, during the era of the governmentwide acquisition contract (GWAC) and governmentwide multiple award contracts (MACs) it’s difficult to remember the last time when one of those vehicles hit its total dollar ceiling.

But for the General Services Administration’s 8(a) STARS II program, it’s a different story. Not only did GSA announce the popular small business contract hit its $15 billion ceiling, it did so nearly 16 months before the contract’s sunset date of Aug. 30, 2021.

While it would be easy to see the bright side of this predicament because 8(a) STARS II was so popular that agencies awarded task orders at faster rates than predicted, the unfortunate truth is this is not a good news story for many small businesses.

“We were awarded a spot on the 8(a) STARS II program two years ago, during an on-ramp and now about 25% of our revenue come from 8(a) STARS,” said Stephanie Wilson, the chief operation officer of NetImpact Strategies in Falls Church, Virginia. “The biggest impact are the contracts already marketed to STARS. Now customers need to regroup and figure out what to do.”

Samar Ghadry, the executive vice president and co-founder of Powertek, which is part of Small Business Administration approved mentor/protégé joint venture with Alesig called 3Vesta under 8(a) STARS II, said about 55% of the 3vesta’s revenue comes through the vehicle. For 2020, the partnership expected about 35% to 40% of its revenue to come through STARS.

“Some of our customers were unaware that STARS II has reached its contract ceiling. We let them know what other prime contract vehicles are available and specifically recommended our ITES-3S 8(a) track since it is similar to the STARS II contract and have an 8(a) and small business tracks and can be used by all civilian and Defense Department agencies,” Ghadry said in an email to Federal News Network. “This is going to have a negative impact on most 8(a) companies and will limit our abilities to pursue new business and/or bid on our recompetes.”

To be clear, GSA has not completely closed down 8(a) STARS II. The agency issued a memo on April 6 detailing the process by which a customer agency can use the contract if the GSA contracting officer issues a control number for the task order.

“Control numbers are unique to a requirement and may not be transferred. At this time CNs will only be issued for requirements expected to be awarded in fiscal 2020,” stated the memo, which Federal News Network obtained. “There is no guarantee that the 8(a) STARS II contract will be available for use; therefore, NO new request for proposals/quotes (RFPs/RFQs) may be issued and NO new task order awards without first obtaining pre-approval and receiving an assigned CN. Additionally, NO new modifications may be issued against an existing task order that will increase the estimated order value without first obtaining pre-approval and receiving an assigned CN.”

Bill Zielinski, the assistant commissioner for the Office of Information Technology Category (ITC) in GSA’s Federal Acquisition Service, said in an email statement that the control number process is to ensure 8(a) STARS II doesn’t exceed its ceiling.

“Task orders issued prior to April 6, 2020 may continue and options to those task orders that do not increase the total estimated value may be exercised,” he said.

Raising the ceiling is one option

One option to fix this situation is for GSA to modify 8(a) STARS II by raising its ceiling, say by another $5-to-$7 billion. The other is to fast track the 8(a) STARS III vehicle. GSA issued the draft solicitation last summer.

“GSA is exploring its options regarding the 8(a) STARS II GWAC; however, at this time, there is no guarantee of additional contract value being made available. In the interim, agencies should contact GSA regarding short term options such as VETS and the GSA Schedule,” Zielinski said. “GSA intends to issue the solicitation for 8(a) STARS III in fiscal 2020. GSA has developed an aggressive solicitation and evaluation timeline to award 8(a) STARS III as soon as possible.”

John Shoraka, a former associate administrator of government contracting and business development at SBA and now co-founder and managing director of GovContractPros, said the fact that GSA let the 8(a) STARS II contract hit its ceiling is an example of poor planning.

“Hitting the ceiling without even having a solicitation out creates an issue for buying agencies and 8(a) firms, especially incumbents who have graduated from the program; being on 8(a) STARS allows a graduated 8(a) to continue to receive task orders even after it graduates, this allows an 8(a) ‘a smooth landing’ post graduation,” he said in an email. “Incumbents will have a challenge with expiring requirements currently issued under STARS II. If GSA will not approve a new task order, the buying agency will have no options except to go directly to the 8(a) firm, which may not be possible if it is a graduated 8(a), or to go to a best in class vehicle, with no guarantees that the incumbent will be on that vehicle.”

A GSA spokesperson added, “In light of the current situation, GSA is looking at different options for a path forward with respect to STARS II. We want to ensure we’re being a good partner to the 8(a) community and are doing what we can to support them during this time. We also understand STARS II is a flexible and high-performing contract that federal agencies need now more than ever as agencies navigate new ways of providing employee and citizen services. STARS II is doing a lot of good and important work for industry and government during the pandemic and we’re exploring available options to ensure that can continue.”

The National Institutes of Health’s Information Technology Acquisition and Assessment Center (NITAAC) is actively stepping up its marketing campaign to let agency customers know there are other options to 8(a) STARS II.

“The inability to use 8(a) STARS II, may leave many agencies wondering how they can still meet their socioeconomic goals, as every federal agency with procurement authority is responsible for helping achieve federal governmentwide small business procurement goals,” said Keith Johnson, lead contracting officer for CIO-SP3, CIO-SP3 Small Business and the upcoming CIO-SP4. “Each agency must provide the maximum practicable opportunity to small businesses to win awards. Rest assured, NITAAC is here to help to ensure agencies’ IT missions are accomplished.”

Customers need a Plan B

But for 8(a) companies who had been working for months or years with customer agencies to put work on STARS II, moving to NITAAC or another existing contract isn’t always easy.

NetImpact Strategies Wilson said she has customers who liked STARS so much they haven’t or didn’t use other 8(a) or small business vehicles.

“Our customers are trying to figure out what to do, and part of it is me trying to explain to them their options,” Wilson said. “Customers don’t always understand this because their contracts departments are not telling them that 8(a) STARS II reached its ceiling so I’m delivering that message to the program side. They are then trying to coordinate and find out if they have a control number.”

3Vesta’s Ghadry said the joint venture is redirecting its efforts their other contracting vehicles such as the Army’s ITES-3S 8(a) track.

“We would love to hear from GSA on their plan for continuing to provide access to the STARS II vehicle until the end of the period of performance or until the STARS III contract is awarded.  This vehicle has been very successful and many companies such as Powertek and 3Vesta have benefited from and has been a favorite from many of our customers,” she said.

Wilson seconded Ghadry’s claim that 8(a) STARS II has been a successful program.

“This GWAC for small businesses is critical and we’ve invested lot of money to on-ramp after we had capability to do so. Obviously we have marketed to our customers at a very rapid pace and we’ve done well,” she said. “8(a) STARS will have a $10 million impact on our bottom line in 2020. This vehicle is fastest way to get services moving in the federal government bar none.”

Given the popularity and success of 8(a) STARS II, it’s unclear why it seemed like a surprise to GSA that the vehicle reached its ceiling so early and why the agency wasn’t better prepared with a modification as the obligations peaked in 2019.

GSA issues draft follow on to 8(a) Stars contract 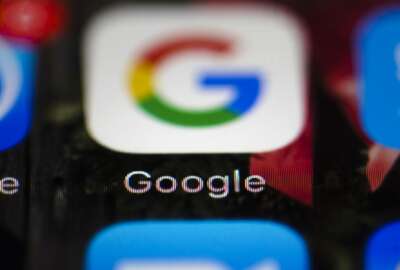