DoD adds another piece to the JWCC puzzle

As the Defense Department puts the final touches on what will eventually become the Joint Warfighting Cloud Capability (JWCC) ecosystem, the Pentagon quietly is putting the team in place to run the program.

Ryan McArthur joined the Defense Information Systems Agency (DISA) in February as the JWCC program manager. McArthur moved over to DISA from the DoD chief information officer’s office where he was a senior technical advisor supporting the enterprise/tactical cloud strategy.

As the Defense Department puts the final touches on what will eventually become the Joint Warfighting Cloud Capability (JWCC) ecosystem, the Pentagon quietly is putting the team in place to run the program.

Ryan McArthur joined the Defense Information Systems Agency (DISA) in February as the JWCC program manager. McArthur moved over to DISA from the DoD chief information officer’s office where he was a senior technical advisor supporting the enterprise/tactical cloud strategy.

Sources say DoD eventually will add a deputy program manager as part of the expectation that the program office will be busy whenever JWCC officially is ready to take orders.

In case you have been in hiding for the past few years, JWCC will replace the Joint Enterprise Defense Initiative (JEDI) that was hamstrung by protests and controversy. In November, DoD issued formal solicitations to Microsoft, Amazon Web Services, Oracle and Google to become a part of JWCC. DoD still must negotiate separate indefinite-delivery/indefinite-quantity contracts with each company, a process the department expects to finalize by the third quarter of fiscal 2022.

Before coming to the DoD’s CIO’s office, McArthur served in the Army for 10 years, working on tactical satellite communication systems and other logistics network applications. He also worked for the Marine Corps and the Agriculture Department in assorted IT project management and strategy roles.

It’s not clear what McArthur’s role exactly entails. DISA’s JWCC page doesn’t discuss the role of his position or potential office, but one could assume it will be to help usher services and defense agencies through the cloud acquisition process using the Account Tracking and Automation Tool, which will keep track of each contractor’s service offerings and prices, and use that information to help decide which vendor should get a particular task order.

Along with McArthur, there were several other personnel changes within DoD worth noting.

Kelly Fletcher, who served as the senior executive performing the duties of the DoD CIO for four months starting in September 2021, officially became the principal deputy CIO last month.

Fletcher has worked for the DoD CIO for two years, coming over from the Homeland Security Department in 2020 where she was deputy director of program analysis and evaluation.

She replaces John Sherman, who joined in June 2020, and became the permanent CIO in December when the Senate confirmed him.

Fletcher also served as the acting CIO at the Department of the Navy for over a year and worked previously for DoD from 2011 to 2016.

During her time as performing the duties of the CIO, Fletcher oversaw the implementation of a new zero trust program office and focused on how DoD can succeed in a more complex environment featuring cyber, spectrum and data and artificial intelligence.

While Fletcher and McArthur are settling into new roles, Nand Mulchandani, the chief technology officer of DoD’s Joint AI Center, decided to leave after two-plus years.

“It still feels like a dream to me — from visiting the Pentagon for the first time to the intense work we did at the JAIC and across the department to help deploy and scale AI and technology through policy, community building, acquisition and, of course, working closely with American technology companies to build and deploy dozens of key ‘leveraged’ products across multiple verticals,” Mulchandani said in a post announcing his decision to leave on LinkedIn. “It was amazing to learn how to launch a brand new agency at the Pentagon from the brilliant Lt. Gen. Jack Shanahan, spend time as acting director of an agency at the Pentagon as the bridge between two three-star generals, and then hand over the JAIC to the awesome, hard-charging Marine Lt. Gen. Michael Groen.”

Mulchandani said the JAIC has transformed into the chief digital and AI office as DoD “is starting to embrace the power of technology to transform the way it operates and to retain our competitive edge.”

Before joining the JAIC, Mulchandani spent more than 25 years in industry, where he was a serial entrepreneur and senior technology executive. He co-founded and was CEO of ScaleXtreme, which was eventually acquired by Citrix, a leading provider of desktop virtualization and networking infrastructure. Mulchandani served as Citrix’s vice president of market development and strategy. He also worked at Cisco, VMWare and started his career at Sun Microsystems as a compiler architect and holds a patent on dynamic code generation.

“For those of you who have the ability to serve, please jump into the fight. It will be tough and frustrating, but you will feel great about your contribution to the country and the common good. As the child of immigrants, I am deeply aware that our system and society that gave me the opportunities I’ve had in my life does not come for free, and paying back through whatever means is a privilege and honor,” he wrote. “Even this short stint as a public servant was extremely gratifying and, as I am realizing, somewhat addictive. There is a strong chance that I might pop back up in another part of the U.S. government focused on national security and technology, and hope to share that news soon.”

Oki Mek, the chief AI officer at the Department of Health and Human Services, also announced he’s leaving federal service after more than 20 years as a federal employee and contractor.

Mek is unsure what he plans to do next, except take some time off. He said he may end up in the private sector.

He became the HHS chief AI officer in December 2020. He spent the previous decade with HHS working in several executive positions including as the senior advisor to the CIO working on Reimagine HHS and the chief technology officer in the acquisition office.

Mek also spent seven years working at the Energy Department as a contractor on web development and IT strategy.

During his time as chief AI officer at HHS, Mek focused on several areas, including training the workforce to better understand what AI and machine learning can do for the agency, ensuring that HHS builds and acquires AI systems in a way that meets legal requirements and developing an ecosystem to support these projects.

Mek oversaw the development of the HHS AI strategy, which he released in January 2021, promoting accelerated adoption and bringing the entire department up to speed on the language of AI, and scaling best practices

There were two other changes of note in the federal community.

First, Robert Sears, the director of the N-Wave Enterprise Network Program at National Oceanic and Atmospheric Administration in the Commerce Department, is the new chairman of the federal internet protocol version 6 (IPv6) task force. He takes over for Ron Bewtra, who left federal services after 18 years in December.

Bewtra wrote on LinkedIn that, as the previous chairman of the task force, “I have a great appreciation of the effort, teamwork and coordination that is required. Thank you for the huge team effort and I know the federal IPv6 initiative is in great hands moving forward.”

Sears and the task force have a lot of work ahead of them. The Office of Management and Budget in November 2020 issued yet another IPv6 memo, detailing new deadlines, including the need to develop an agencywide IPv6 implementation team, an agencywide policy and to identify at least one pilot of an IPv6-only operational system by the end of 2021.

The memo has a goal of having 80% of all IP-enabled assets operating in IPv6-only environments by the end of fiscal 2025.

The task force will help agencies meet those and other goals by sharing best practices, by working with OMB to address the challenges many agencies are facing and providing guidance where needed.

Finally, the General Services Administration is bringing back a familiar face.

Jim Ghiloni is coming back to GSA’s FedSIM organization to be the director of the IDIQ Labor and Innovation Sector.

“It feels wonderful to be coming home to GSA and especially back to FEDSIM where my federal career began a long time ago. I loved my time at Wolf Den Associates and appreciate how much I learned in my private sector sojourn. I look forward to being the shapee rather than the shaper,” Ghiloni wrote on a post on LinkedIn.

Ghiloni worked previously at GSA for almost 16 years before leaving in 2017 to be a consultant for Wolf Den Associates.

In his previous positions in GSA, Ghiloni served as the deputy associate commissioner of the common acquisition platform, was the program executive officer of the OASIS multiple award contract and director of business operations of the Federal Acquisition Service and Assisted Acquisition Services. 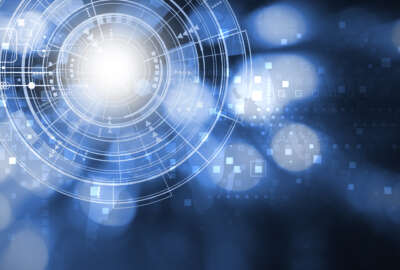 Is IPv6 like the oil crisis of the 1970s? Much ado about nothing