Sailors leaving the Navy might just get a golden ticket before they leave.

No, they won’t be visiting the Wonka Factory, but they will have more employment options on their exit from the military.

The Navy is implementing a targeted reentry program as part of its push to recruit and retain talented sailors.

The program gives golden and silver tickets to sailors leaving the military. The golden ticket allows sailors to return to active duty within a year of their release. Silver ticket holders will get two years to decide if they want a streamlined path back into active duty.

“The program is designed to take folks that are top performers in the Navy. We tried to talk them into staying, they made up their mind, we respect their decision. They’re going to leave, but we’ve earmarked them, they were top performers, if they change their mind within one year or two years of their decision they’ve got a fast track to come back in,” Vice Adm. Robert Burke, deputy chief of Naval Operations for Manpower, Personnel, Training and Education, told Federal News Radio.

The program is targeted toward sailors in the lieutenant and lieutenant commander ranks. Those officers must have attained community qualifications, demonstrated superior performance in fitness reports and passed their most recent fitness assignment.

The tickets are handed out by commanding officers and will only be given to sailors who voluntarily leave the service.

“We’ve learned from our conversations with Fortune 500 companies that a lot of this is going on in the commercial world,” Burke said. “A lot of the workforce is not staying for long careers. They go out to see if the pasture is greener elsewhere, but the real career workforce comes from those who come back. Those who have left and return, so let’s give these folks a fast track to return. If they come back they came back because they know they really want to be here. Here’s your warm seat we’re ready to take you back.”

The Navy will need those career sailors, Burke said the Navy is looking to grow by about 21,000 in the next five years and he expects that number to grow. 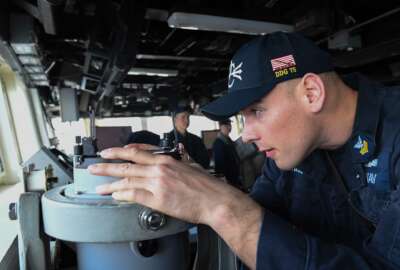