The 2019 defense appropriations bill is nearly at the finish line, and if it becomes law the military will see a boost in troops and a few other changes.

The bill, which was reconciled between the House and Senate last week, just needs final approval from Congress and the president’s signature.

Compared to 2018 funding levels, it increases the military services’ total end strength — including National Guard and Reserve forces — from 2,139,400 to 2,155,800. The Army will see an increase of 4,000 soldiers and the Air Force will see an equal increase in airmen. The Navy gets the biggest increase, with an additional 7,500 sailors. The Marine Corps will only increase by 100.

The bill also provides for a 2.6 percent raise for military service members.

When the government shuts down — as it has several times it recent years— it also stops processing payments to widows and widowers in the military.

Normally, spouses of troops who die in the line of duty receive $100,000 in compensation. The bill ensures that even if the government does shut down that military family members will receive payment.

“Providing for our service members and their families should be above partisan fights in Congress,” said Sen. Catherine Cortez Masto (D-Nev.). “There should never be any question of our commitment to honor our troops, particularly those who have made the ultimate sacrifice. That is why I am proud to ensure that their families receive the necessary support and financial assistance they need during such a tragic time as the loss of a loved one. A government shutdown should not stand in the way of military family members getting the support they deserve.”

OTAs are the hot thing in acquisition right now and everyone is trying to get a piece of them. The agreements allow the Defense Department to circumvent traditional acquisition regulations and give money to companies for prototypes and follow-on contracts.

Federal News Radio did a special report on how the lack of regulation led to some concerns about how OTAs are being used in July.

Congress also seems to have concerns about OTAs. The 2019 defense appropriations bill takes aim not only at future OTAs, but also at ones already in progress.

The bill orders the Defense secretary to provide quarterly reports to the appropriations committees detailing DoD’s use of funds for OTAs.

Those reports “shall list each active OTA agreement characterized by service or agency, major command, contracting activity, appropriation, budget line item, minimum and maximum award value, vendor, obligations and expenditures to date, product service code, and period of performance,” the 2019 Defense appropriations bill says. “The committees want to be informed of any follow-on production and include a description of the scope of the follow-on production, including estimated cost, period of performance, deliverables, delivery dates, and source of funding.”

To investigate older OTAs, the also bill directs the Government Accountability Office to review DoD’s use of those agreements beginning 2016.

Those requirements are in addition to provisions lawmakers already passed in the 2019 defense authorization bill, which ordered the department to produce more details on how it’s been using  follow-on production contracts worth more than $5 million.

“The committee remains committed to providing the Department of Defense the needed flexibility to acquire advanced capabilities through streamlined and expedited processes. The committee recognizes that other transaction authority has been an effective tool for research and development, particularly for execution of science, technology and prototyping programs. It provides needed flexibility in terms of adherence to select federal acquisition regulations,” the NDAA report states. “While the benefits of this flexibility are clear, the committee believes that it is still necessary to exercise effective oversight both to understand the ways in which the department is properly leveraging the use of this authority and to prevent its abuse or misuse.” 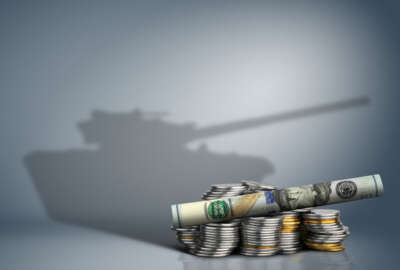 In pursuit of innovative technologies, DoD creates another pathway around traditional acquisition rules