As the Navy announces the start of its first ever pay for performance pilot for sailors, the initiative will have to contend with the mixed history of similar programs in the civilian Defense realm.

The military has never used a pay for performance program for service members, but the Defense Department started one for the intelligence community...

As the Navy announces the start of its first ever pay for performance pilot for sailors, the initiative will have to contend with the mixed history of similar programs in the civilian Defense realm.

The military has never used a pay for performance program for service members, but the Defense Department started one for the intelligence community in the 2000s and there are still some pockets of the Pentagon — like the acquisition community — that allow payment incentives for quality work.

Brad Bunn, former head of the National Security Personnel System (NSPS) — the former pay for performance system that was briefly implemented across DoD in the 2000s — told Federal News Network that giving incentives for good work could be beneficial to the military.

“There’s evidence of organizations using a merit-based or performance-based pay system as among the incentives for driving organizational performance,” Bunn said.

While the idea is getting traction as a way to incentivize sailors to work better and to stay in the military, experts who worked on pay for performance issues before say the Navy needs to carefully implement the plan for it to be a success.

The Navy pilot program is currently only open to seven surface warfare positions. Sailors must receive an early promotion recommendation on two of their last three performance evaluations. When eligible sailors reenlist they will get an extra bonus and a yearly bonus. The Navy plans to expand the program in the future.

But lurking in the shadows is some of DoD’s failures with pay for performance. Congress canceled the NSPS program in the 2010 defense authorization act over concerns about inequities in the system. To avoid a similar situation, veterans of pay for performance systems said to implement a successful program, the Navy needs to rely on three main factors: transparency, credibility and communication.

“Getting the buy-in from employees is important,” said Brenda Farrell, director of defense capabilities and management at the Government Accountability Office.

To get that buy-in, employees need to clearly understand how they are graded and what they need to do to get the incentive.

That transparency is important so employees feel they’re fairly treated and understand the rules of the game.

“It must be very clear to the sailors who are impacted that their performance evaluation is being used for a compensation purpose,” Bunn said. “If I’m the sailor, if I understand upfront what I’m being measured against, if I understand what the standards are, then you’ll typically have buy-in.”

The Navy is currently changing its performance evaluation system to become more uniform.

“What we want is a merit-based system where it’s a consistent standards-based approach across the Navy,” Rear Adm. John Nowell, the Navy’s director of military personnel plans and policy said. “The behavioral science has gone a long way since we last updated our performance and evaluation system. We are bringing in behavioral science to get a better read against a common standard for commanding officers at where somebody sits in respect to their performance.”

The Navy recently released an app that allows sailors to track their own evaluations, certifications and licenses to give them more transparency into their files.

Still, Nowell said the Navy does not plan to expand its pay for performance system until evaluations are more standardized and easier to process.

Farrell said part of the problem with NSPS is that it was extremely complicated and there were issues with employees not completely understanding the process.

While understanding what you’re being graded on is imperative, sailors must also trust the process.

“It boils down to whether the employees believe the performance management process is creditable,” Bunn said.

Farrell said one best practice is to have a third-party review the appraisals and make sure there is no pattern of bias.

“It’s important for any program that affects people to have a structured evaluation at the right point in time to determine the policies you put in place are achieving the goal that you set out to achieve at the beginning of the program,” he said. “Whether that’s conducted by an external third party or some subject-matter experts who can offer perspective based on analyzing empirical data and talking to the people that are in that program. I do think that is an important thing, and frankly, that’s a standard part of any HR implementation program.”

That is one area where the Navy falls flat. The service told Federal News Network it does not plan to use a third-party review.

“There is no added oversight to the performance evaluation process due to the Pay for Performance pilot. Navy believes there is very little risk that the evaluation process will be misused just to provide eligibility for this pilot,” Lt. Rick Moore, deputy public affairs director for the chief of Naval personnel said.

Where there is a lack of communication, the rumor mill starts to run, Bunn said.

To create a successful pay for performance system, the Navy will need to communicate early and often.

“Communication is really what drives the success of these kind of things,” Bunn said. “When there is a lack of communication and a vacuum of information, that vacuum gets filled quickly by people’s imagination about what the purpose of a program like this is. It’s usually not in a positive way.”

Farrell said employees need to be in contact with their supervisors. There needs to be a give and take when it comes to understanding what is required and how to accomplish it. Otherwise, employees won’t be happy when their paycheck doesn’t reflect what they imagined.

The Navy will be keeping a close eye on its pilot program, but it will need to continue to stay vigilant if the program expands.

Farrell said the best way to do this is to get continuous input from employees through townhalls, emails and check-ins. 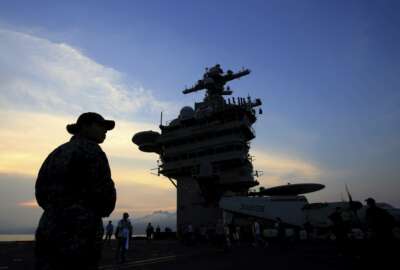 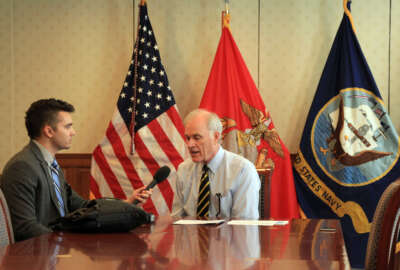