Federal leaders continue to say that digital technology improves their ability to do their jobs and serve stakeholders, but a growing number of these workers also worry that their agencies are not keeping pace with the private sector.

That gap between the public and private sector is at the heart of the most recent Federal Leaders Digital Insight Study. The study, released Feb. 4,  was conducted by the National Academy of Public Administration and ICF International.

Federal leaders continue to say that digital technology improves their ability to do their jobs and serve stakeholders, but a growing number of these workers also worry that their agencies are not keeping pace with the private sector.

That gap between the public and private sector is at the heart of the most recent Federal Leaders Digital Insight Study. The study, released Feb. 4,  was conducted by the National Academy of Public Administration and ICF International.

“The findings and recommendations highlight the challenge of applying new technology not just to make existing government business processes better, but also to underscore the idea that if government is going to keep pace with the private sector, it must foster true reimagination and transformation of digital operations to make them more effective and efficient for the American people,” the report stated.

This is the second year of the study. In 2015, the study found that agency management supported introducing new digital technology into the workplace, but a sluggish acquisition process and a workforce that lacked tech-related skills were hurdles to getting that technology into offices.

Similar to last year, this year’s study found that more than 90 percent of federal leaders said that digital technology improves their ability to do their jobs and serve stakeholders.

The results are the compilation of answers from the 10,000 federal leaders surveyed for the report. The survey was conducted online between Aug. 19 and Sept. 24. After the survey, a series of focus groups reviewed the results and a panel made recommendations — none of which require new legislation — on how to address concerns and reach goals related to digital technology in the federal realm.

“The overarching theme of the recommendations is that agencies are not alone in this,” said Jeff Neal,  senior vice president for ICF International. “When you look at the recommendations, one of the things you see is that there should be more inter-agency work.”

Is the grass greener in the private sector?

Among the findings of the report was that the number of federal leaders who thought their agencies were not keeping pace with the private sector increased from 52 percent to 56 percent.

In response to this increase, the panel recommended that agencies should conduct surveys to gauge stakeholder satisfaction, as well as “publish a government innovation playbook that targets mission and program offices and identifies and documents successful practices and encourage more rapid innovation in agencies.”

But Neal said that while there is that fantasy that “everybody in the private sector has the latest and greatest technology,” that might not be entirely true.

When it comes to embracing digital technology, only 3 percent of federal leaders said their agency did so to “completely reimagine existing processes.”

About 56 percent of survey takers said they did not feel their agency provided adequate training on new digital technology, which is a slight improvement from 2014, when 60 percent of leaders had doubts about training.

“There’s a couple of reasons that could be happening,” Neal said. “People are looking at where to squeeze program budgets, and training is usually one of the first things. They assume people will get it somehow. What you end up with is people buying something and not training employees how to use it. They really don’t understand all the things they can do with it, then employees get frustrated and management is saying why aren’t things getting better.”

Once again, there was a 13 percent increase — 68 percent from 55 percent — in the number of respondents who said their agency uses digital technology to “effectively engage stakeholders.”

The study also found that throughout the past year 66 percent of federal leaders said their agency’s investment in digital technology has improved the day-to-day operations and normal workflow. That’s a 5 percent bump from 2014.

The largest increase between 2014 and 2015 — 73 percent to 87 percent — was in the number of federal leaders who want more access to digital technology.

This year two-thirds of federal leaders said that a lack of sufficient budget was the biggest hurdle to embracing digital technology.

Concern over security and privacy was the second biggest hurdle at 53 percent, and slow acquisition process came in third at 40 percent.

“This was a top-five answer, and the lone top-five result that we viewed as a negative,” the report stated. “In the wake of the Office of Personnel Management security hack, our focus groups believed that enhanced security had a generally negative impact on the federal government’s ability to adopt and apply digital technology. And yet, enhanced security following the breach can have positive effects. Sixty-two percent of respondents said that agencies now take adequate steps to protect high-value digital assets.”

The panel recommended that the Office of Management and Budget, the Homeland Security Department and the National Institute of Standards and Technology join together to set standards and guidance for providing privacy and security when using digital technologies, as well as issue guidance that identifies both real and perceived barriers to adopting digital technologies. 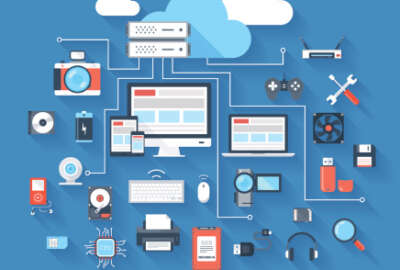 2015 challenge to agencies: Get the right people for the job