The Technology Modernization Fund is backing IT modernization projects at the National Archives and Records Administration and the Agriculture Department.

The seven-member interagency board that manages the TMF announced Monday it’s investing $9.1 million in  NARA to address a pandemic-era backlog of requests for veterans’ records.

The board is also giving USDA $4.4 million to invest in zero-trust cybersecurity architecture, given the agency’s role as a shared service provider to other agencies and as the...

The Technology Modernization Fund is backing IT modernization projects at the National Archives and Records Administration and the Agriculture Department.

The seven-member interagency board that manages the TMF announced Monday it’s investing $9.1 million in  NARA to address a pandemic-era backlog of requests for veterans’ records.

The board is also giving USDA $4.4 million to invest in zero-trust cybersecurity architecture, given the agency’s role as a shared service provider to other agencies and as the source of many public-facing government services.

“Every interaction between the government and the public is an opportunity to deliver the efficient, effective, and secure services the American people expect and deserve,” Martorana said.

The USDA stands out as a major service provider to the public, since its mission covers federal nutrition programs and benefits, rural development, forest management, agriculture research and international trade.

The USDA also houses the National Finance Center, which provides payroll services for over 600,000 employees and financial services for more than 40 agencies across the federal government.

The government operations subcommittee of the House Oversight and Reform Committee is also planning to hold a hearing on Wednesday on the effectiveness of the TMF in supporting IT modernization projects.

“Projects like this one at the National Archives is precisely why I created the Technology Modernization Fund,” Connolly said.

Connolly co-authored the Modernizing Government Technology Act with former Rep. Will Hurd (R-Texas). The legislation, which passed in December 2017, created the TMF.

The TMF’s latest investment will allow NARA to replace legacy records systems with cloud-based platforms, which will allow its staff to fulfill requests for veteran records remotely and securely.

NARA receives more than a million records requests from veterans and their families every year. These military records are needed to receive medical treatment, home loans, unemployment assistance, burials and other benefits through the Veterans Affairs Department.

The COVID-19 pandemic and mandatory telework for federal employees, however, led to a severe delay in NARA processing and sending these largely paper-based records.

“We are grateful to the TMF for vitally needed assistance to help with IT upgrades to transform our ability to meet mission requirements and deliver needed records to the American people,” she said.

The House Oversight and Reform Committee’s leadership, in a letter last July, urged NARA to apply for TMF funding. Lawmakers estimate NARA faces a backlog of 600,000 requests for veterans’ records.

“This award will finally enable NARA to digitize these records and ensure we uphold our commitments to our nation’s veterans,” Maloney said.

The committee last month passed a bill that would give NARA $60 million to address its backlog of veterans records requests at its National Personnel Records Center.

The funding in the Access for Veterans to Records Act would go toward updating its IT systems, its electronic records archive and improving turnaround for Freedom of Information Act requests.

Funds at the TMF ebb and flow depending on congressional appropriations, but the fund last year received an unprecedented $1 billion through the American Rescue Plan.

Prior to the NARA and USDA awards, the TMF board used part of that $1 billion to invest in nine projects across seven agencies.

But demand from agencies continues to outweigh the supply of IT investment dollars. The TMF board has received 130 proposals from 60 agencies and components, totaling over $2.5 billion.

Sens. Warner, Steve Daines (R-Mont) and Thom Tillis (R-N.C.) are pointing out this mismatch to the House and Senate appropriations committees as the reason to include $300 million for the TMF in the fiscal 2023 budget.

“By necessity, efforts to modernize and improve the security of IT systems require ongoing and sustained effort by agencies. Congress has a similar responsibility to continue to fund modernization efforts, so that legacy systems aren’t left to grow increasingly costly and insecure over time,” the senators wrote in a May 12 letter to the appropriations commitees’ leadership.

The senators said the TMF has spent $400 million on IT modernization projects since the fund was created about four years ago.

The General Services Administration’s Administrator Robin Carnahan said the latest TMF investments are the latest examples of the board “making smart technology investments that provide better service to the public and save money for taxpayers.” 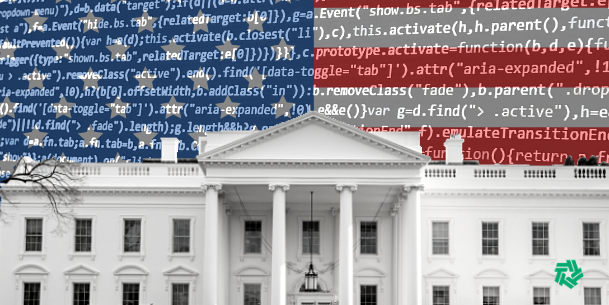 In a reversal of roles, Congress tells the TMF to ‘show me the money’