The White House and the National Archives and Records Administration are considering how to adjust a looming deadline for transitioning the government to full electronic record keeping, with many agencies expected to miss the target date at the end of this year.

The White House and the National Archives and Records Administration are considering how to adjust a looming deadline for transitioning the government to full electronic record keeping, with many agencies expected to miss the target date at the end of this year.

A 2019 White House and NARA memo directed agencies to manage all their permanent records in electronic format by Dec. 31, 2022. It also directed agencies by the end of the year to digitize temporary records or store them in a commercial records facility. They were also told to close any agency-operated records storage facilities.

But more than one-third of agencies have told NARA they expect to seek an exception to the electronic recordkeeping deadline, while nearly a quarter haven’t yet determined whether they will need an exemption.

Laurence Brewer, NARA’s chief records officer, says his agency has been pointing to the effects of COVID-19 and other digitization challenges in its conversations with the White House Office of Management and Budget. The pandemic slowed down agency efforts to digitize paper records, while some of NARA’s Federal Records Centers were closed for more than a year.

“We’ve been trying to communicate what we’re hearing, what are the issues and challenges that agencies are facing, to try and justify an extension of the targets that will give agencies some time to get back into the buildings, to ramp up progress and really start focusing on goals,” Brewer said during a Tuesday event hosted by the Digital Government Institute.

“I can’t tell you what the new targets are going to be,” he added. “But in the meantime, what I advise the agencies when they ask is just keep doing what you’re doing. . . . December 2022 is not the end of the world.”

Walter Bohorfoush, director of the Transportation Department’s Records Management Office, noted the pandemic hit the country shortly after the White House and NARA issued the 2019 memo, M-19-21, on electronic recordkeeping.

In 2020, 98% of agencies reported they were confident they would meet the Dec. 31, 2022, deadline to manage permanent records electronically, according to NARA. But only 66% responded positively in their 2021 reports to NARA published earlier this year.

“Agencies indicated that there are delays in digitization projects and disposition of records, as access to hard copy records in offices and other storage spaces continued to be limited,” NARA wrote in its summary report of agency responses.

But COVID-19 hasn’t been the only challenge. While most federal records are created and stored electronically, agencies are also struggling to capture appropriate metadata and meet other long-term preservation requirements for electronic records.

“These challenges include identification of metadata, technology issues, cultural change management, and legal or regulatory requirements that continue to require paper,” the NARA report states.

Brewer says the most common hurdle he hears about from records officials is a lack of resources for records management technologies, staff and initiatives. But he also said a “culture of paper” in government continues to challenge electronic record keeping initiatives.

“You’re dealing with programs who either say, ‘We have to have this paper, we need to print this or there needs to be a handwritten signature on it,’ and that’s still with us and that’s a difficult thing to change,” he said. “Like anything that’s involved with change management, it’s turning a battleship around. It takes time.”

While COVID-19 may have hampered the march toward the Dec. 31 deadline, agencies also identified some positive impacts for electronic recordkeeping. The pandemic forced many federal offices toward a more “electronic working environment,” Brewer said.

But the proliferated use of text messaging, online collaboration services and other tools also create digital reams of records that need to be managed.

“The virtual environment has impacted electronic records management,” Brewer said. “I think we’re still learning what the implications are as new tools continue to be developed that allow agencies to connect and collaborate electronically.”

NARA is also continuing to work with the General Services Administration to build out a marketplace of digital record keeping tools agencies can use through the Federal Electronic Records Modernization Initiative, or FERMI.

As NARA and OMB determine the next steps on electronic recordkeeping goals, Brewer says he’s seeking to strike a balance on writing guidance that can be supported by technology.

“We’re looking at how we leverage artificial intelligence, and we want to write guidance that will help agencies get there,” he said. “But we also have to be aware of what are the technologies and the tools that agencies have at their disposal to make sure that they can implement guidance effectively. I think that’s one of the things we’ve learned throughout this whole process is, there’s a lot of things that we might want to do. But we need to be realistic about what we can do.” 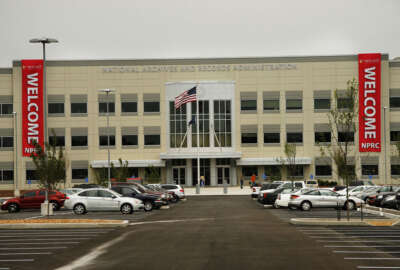 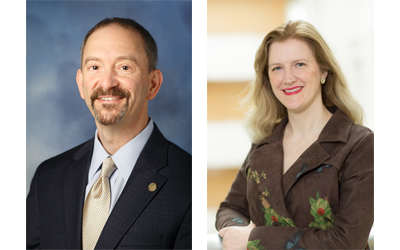