Does VA Secretary David Shulkin’s hairline seem to be receding? That might be because he keeps getting new reasons to tear his hair out.

Few spectacles are less pleasant to watch than the implosion of a high-level official, especially one who has arguably accomplished much. Yet that’s unfortunately what we may be seeing with Shulkin.

Friday the AP reported President Donald Trump had talked to Energy Secretary Rick Perry about the VA job. This after...

Does VA Secretary David Shulkin’s hairline seem to be receding? That might be because he keeps getting new reasons to tear his hair out.

Few spectacles are less pleasant to watch than the implosion of a high-level official, especially one who has arguably accomplished much. Yet that’s unfortunately what we may be seeing with Shulkin.

Friday the AP reported President Donald Trump had talked to Energy Secretary Rick Perry about the VA job. This after last month’s VA inspector general report about Shulkin’s European travel with his wife. Shulkin argued the expenditure of VA dollars was justified. Still, he paid the government back for his wife’s ticket. At the time, I wrote I felt the case was could be interpreted both ways.

And now, as Nicole Ogrysko reports, the “accountable” personnel system at VA is looking like this era’s version of the failed National Security Personnel System (NSPS) of the early 2000s. Many employees, their main union, and I’ll wager even some senior managers don’t like it. Nicole discovered,  personnel policies are inconsistent from place to place within VA. And they appear to make employment more capricious. Yes, the policies do get the bad performers out faster, but in many cases don’t give well motivated people the chance to improve.

We don’t know yet whether this will pile onto Shulkin’s shoulders. But if it does, that could mean the end.

Congress has some culpability. As it did for VA now, back in 2004 it authorized the NSPS. Although well intentioned, the system actually devised by the Defense Department fell short of its goals and left tens of thousands of employees bitter. The whole thing was chucked at the outset of the Obama administration.

The point of any personnel system reform ought to be invigorating employee engagement and giving people a basic bargain. Namely, that agency management will take care of the good people and and quickly shoo out the bad ones. At VA, implementation has made everyone grumpy — just at the time Shulkin’s ambitious plans need everyone pulling on the proverbial oar.

It’s a Washington thing. Once nicked, people tend to bleed out politically. The AP report said the president feels Shulkin is a “distraction.” That’s never good. I remember talking to one ousted cabinet official a number of years ago who was called in by presidential personnel minions. “They told me I’d become a distraction,” the crestfallen official said at the time.

President Trump may be unorthodox in his handling of his cabinet, but “distraction” carries a death sentence in any administration.

I thought Shulkin had been perceived as doing a decent job as secretary. But I also know he knows the rules of  Washington. It’s a contact sport. Now Politico and Axios, the Sports Illustrated and ESPN of politics, have been running stories detailing White House intrigue surrounding Shulkin.

Part of Shulkin’s precariousness has to do with relations between him and other appointees at VA. That kind of squabbling must be tough on the career people just under them. The effect is probably worse in D.C. than elsewhere. How often have you heard people from the hinterlands say they pay little attention to the goings on at headquarters?

The Shulkin situation has another dimension having to do with a policy not of Shulkin’s making. Congress created the Veterans Choice program in 2014 and President Barack Obama signed it into law. The idea, tweaked and modified since, lets veterans get care at non-VA facilities but reimbursed by VA. Veterans organizations generally support the idea, even as they worry about “privatization” of the VA.

But both ideas — the Choice Program and not privatizing VA — have strong support in Congress. In recent months I’ve interviewed both the chairmen and ranking members of the Senate and House veterans affairs committee. None advocates privatizing VA. As one old hand said many years ago, VA operates 170 major hospitals and more than a thousand care facilities. Each one stands in someone’s congressional district. VA privatization? Just ain’t gonna happen.

I believe Shulkin has been clear about the policy goals of Choice, as have member of Congress. It’s had to imagine how a given veteran would object to having many choices of where to get care, all of which will be covered by VA. But for Shulkin,  it may not matter. With mixed messages from the White House, the precarious new personnel evaluation system, and the IG reports, VA could be headed for its sixth secretary in five years. 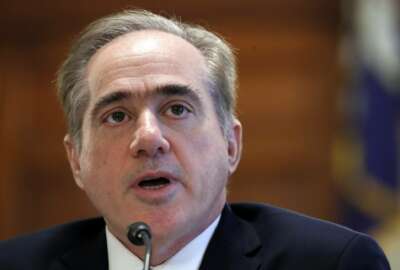