Union federal employees have learned a hard lesson. You get what you bargain for. No sooner had a new agreement between the Social Security Administration and the American Federation of Government Employees gone into effect — bam! Management yanked telework for thousands of employees.

AFGE official Sherry Jackson noted dryly, she didn’t think the program would end a day after the effective date of the new contract. Surprise! SSA had its telework guns locked and loaded. Well, okay, the agency gave the teleworkers two weeks to get their houses in order. Literally. Many have family arrangements, including child care.

In canceling telework for its field offices, Social Security management cited the need to improve customer service. Fair enough. To me, it’s fair to ask:

AFGE has other problems. As widely reported, its national president, J. David Cox, is on a leave of absence while the union investigates lurid, and possibly criminal, allegations of sexual harassment leveled against him. The union says it will hire an outside, independent entity to conduct the investigation.

It needs to settle this fast and in a way that no one can question its fairness, impartiality or consequences. Unions often stake a moral high ground. AFGE needs to keep it even if the leader proves to be a creep. There’s too much important work to do. This episode underscores the importance of reputation integrity. This episode occurs when the union appears to be growing. Those dislocated-to-Kansas City Agriculture Department employees voted earlier this year to join up. As did Michigan Air National Guard employees.

Another, much smaller union representing Social Security employees, among others, has its hands full too. The Association of Administrative Law Judges is embroiled in uncompleted negotiations. The impasse dates to last summer. As detailed in my most recent  interview with its president, Melissa McIntosh, the union the other day got a favorable ruling from the Federal Labor Relations Authority. An FLRA regional director said she found evidence SSA officials were trying to intimidate the union by threatening leaders with disciplinary action for “engaging in a protected activity.” Namely, trying to negotiate a new agreement.

In essence, McIntosh says, the union negotiators felt like the agency wanted them to do their preparations on nights and weekends. Even after severe reductions, they still have official time available, though. What the union lacks is officials space — an office in which to do union business. The threats do seem petty on the part of SSA managers.

What the FLRA lacks is final decision-making power. The lack of a confirmed general counsel has held up resolution on several union matters, notwithstanding that the Trump administration’s appointee is likely to decide things in ways the unions won’t like. Still, resolution can be better than limbo. At least everyone can adjust and proceed.

Also still bedeviling the administrative law judges is their chain-of-command question. McIntosh has been maintaining for months that the ALJs should report to a Senate-confirmed official. She said she’s brought up the issue directly with Commissioner Andrew Saul, but so far to no avail.

The union is also hoping for passage of a bill that would overrule a Trump administration executive order that moved the judges hiring from a merit systems based, competitive process, to an appointed one.

All in all, not great times for the federal unions. 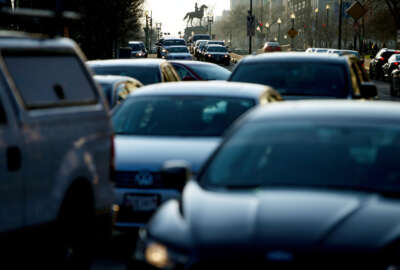