Two things arrived at my house from Amazon yesterday: A rechargeable bicycle tail light and a dehumidifier for the basement. Sadly, drearily, predictably, they were both made in China.

I say sadly not because of China per se. Both products were nicely finished and work well. They know how to design and build things in China. I say sadly because I know manufacturing has been chasing low labor rates around the globe since the 1960s....

Two things arrived at my house from Amazon yesterday: A rechargeable bicycle tail light and a dehumidifier for the basement. Sadly, drearily, predictably, they were both made in China.

I say sadly not because of China per se. Both products were nicely finished and work well. They know how to design and build things in China. I say sadly because I know manufacturing has been chasing low labor rates around the globe since the 1960s. But can United States industry really not produce what is basically a small refrigerator at a competitive price?

I remember when Japan moved in a short span of years from a reputation of producing junk to becoming the center for some of the world’s most respected brands for a wide range of high-value products. Similarly, China has become a world leader in critical technologies. An old “Nancy” cartoon shows Nancy purchasing a talking doll made in China. When she pulls the string, the doll speaks in Mandarin. Through policies designed to make the country an indispensable economic powerhouse, it now produces high technology products the world in fact can’t live without.

Like 5G telecommunications gear that has caused so much federal consternation. Now policy and law have famously banned telecommunications equipment from certain Chinese companies. That pesky section 889 of the 2019 National Defense Authorization Act ordered the ban effective Aug. 13, about three weeks from now.

But how do you ban something that’s already ubiquitous in the network infrastructures of so many contractors with whom the government does business?

Contractors have known for two years this was coming, so they had plenty of time, right? Well this is government, and things are never so simple. It’s not like, say, ordering military chefs to stop frying chicken in Crisco (I made up that analogy).

As the Federal Acquisition Regulatory Council pointed out, the law prohibits agencies “’from entering into a contract, or extending or renewing a contract, with an entity that uses any equipment, system, or service that uses covered telecommunications equipment or services as a substantial or essential component of any system, or as critical technology as part of any system,’ unless an exception applies or a waiver is granted.”

The reason it’s not simple is that laws tend to be written vaguely. What exactly is “use?” Does “use” mean in systems that hold sensitive government information? Or also, as the question has been popularly asked, in the parking lot surveillance system of a given contractor? How far down the supply chain does the rule go? What if UPS has ZTE gear in its network somewhere and it delivers a part to a contractor?

What contractor in its right mind would spend X dollars complying with a vaguely worded law when in reality they only need to spend some fraction of X?

Clarity is supposed to come from rulemaking. Yet despite having two years, the FAR Council only came out with its interim rule last week. Unless Congress extends the Aug. 13 deadline —and that possibility is in the works via an amendment to the 2021 NDAA — the industry can forget about having a 60-day comment period on a proposed rule, followed by careful consideration of comments by the rule makers, followed by a final draft, possibly more comments, and then a final rule.

Instead the rule and the implementation are all bunched up against the deadline.

According to Miller & Chevalier partner Jason Workmaster, contractors have been informally telling regulators how to avoid overwhelming impacts on them, the contractors. But the interim rule, Workmaster and others have observed, doesn’t get very specific about what “use” means and where such “use” wouldn’t be of material concern to the government. Not that it doesn’t take 86 pages to do so.

Workmaster told me the FAR Council members blamed the pandemic for the delay in issuing the rule. That sounds like a specious excuse. The pandemic didn’t come until a year and a half after the law. And nobody has to meet in person to discuss a document like a rule and rewrite it

The practical question for contractors is whether they’ll have to remove parts of their IT infrastructures comprised of the banned companies’ equipment and replace it. That’s expensive and let’s face it, what new piece of IT equipment ever plugged in and worked properly from the moment you turned it on?

The worldwide gold standard for governmental rule making simply hasn’t prevailed in the case of Section 889. As a result, expect Congress to have to delay a serious national security issue, and the rule-makers to have some rework to do. 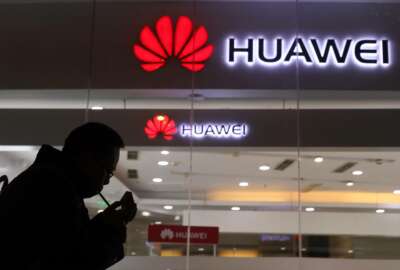 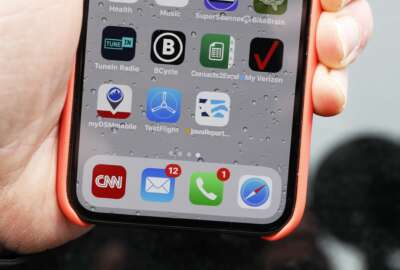 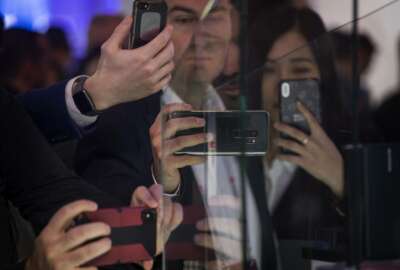 US suffers setbacks in effort to ban Chinese tech company