The Census Bureau, when the 2020 decennial count is finally in the books, will have shown an astonishing degree of agility in working through the pandemic. It still has challenges between now and the finish line, but soon the country will have an accurate population count.

For the centuries of talk about counting every nose, in truth the census is an estimate using carefully worked out methodologies rooted in statistical science. Maybe “estimate” is not...

The Census Bureau, when the 2020 decennial count is finally in the books, will have shown an astonishing degree of agility in working through the pandemic. It still has challenges between now and the finish line, but soon the country will have an accurate population count.

For the centuries of talk about counting every nose, in truth the census is an estimate using carefully worked out methodologies rooted in statistical science. Maybe “estimate” is not quite the right word. Better might be a “precise count with a small plus-or-minus factor,” but one on which congressional reapportionment and distribution of bacon can proceed.

This revelation came to me after reading the most recent assessment, caution and recommendation pack from the Government Accountability Office, and talking with its principal author Chris Mihm. Come to think of it, that might be a good name for the scores of studies the GAO puts out every year — ACRPs. Mihm, GAO’s director for strategic issues, is one of those people who reviews endless federal program shortfalls, fails, and near misses, and yet remains cheerfully optimistic.

The piece of the Census count scrambled by the pandemic is called non-response follow-up (NRFU ). NRFU consists of many activities. The bureau’s half-million enumerators go not only door-to-door, but to prisons, college dorms, nursing homes, festivals, fairs, churches and community centers to ferret out the uncounted.

Census picks these places based on historical response rates, updated with the latest self-response data. That notion — constant logging of statistics and updating them to fine tune its models — comes through in descriptions of many Census operations.

But as the pandemic seeped into the economy and altered norms of behavior, Census — as has been widely documented — had to repeatedly delay NRFU activities. To compress the story, it asked Congress to push back Dec. 31 and April 1, 2021, delivery deadlines by 120 days. The rationale was that after NRFU and already having the self-reported returns, the Bureau needed another six months to do data processing — six months built into the original plan.

Later it went back to promising the original delivery dates. How could it do this? Essentially by finessing NRFU according to local COVID-19 conditions. Rather than stopping and starting the enumerations nationwide, the bureau proceeded with them using a variety of criteria. In an interview, Mihm said this showed a remarkable degree of agility for a large government agency. That is, letting local conditions dictate activities.

Census did more than that. As GAO reports, it also rewarded enumerators who worked overtime to catch up, also letting them use phone calls instead of in-person visits.

It lost more time when a California court sued over the new procedures but was overruled by the Supreme Court. That final ruling let the Census Bureau conclude field operations in mid-October. Bottom line: To meet its original deadlines, the stop-and-start field operations have cut the data processing time in half.

GAO identified a list of potential data quality issues from the field operations. People contacted in October might not remember where they were living or with how many people on the April 1 reference date. The homeless might be miscounted because of the spike in unemployment that followed the pandemic response. It recommended Census take steps to assess how its operational changes might have affected data quality.

The bureau is now muscling through that problem. Commerce Secretary Wilbur Ross said he agrees with GAO’s report, while noting that Census managed to account for people in 99.98% of addresses.

Keep in mind, data processing now underway is more than a matter of dumping all of the counting data into a mainframe cluster and letting ‘er rip. Otherwise Census could just add parallel computers. Processing  in this context requires regular pauses in machine work so people with subject matter experience can assess the numbers if only to see if they’re in a normative range. As a result, Mihm predicts Census will miss the deadlines, but not by enough to affect the reapportionment.

It might have looked messy and improvisational, but so was everything else connected to the pandemic. The bottom line is, soon we’ll know with a great deal of confidence how many people America encompasses and where they live. 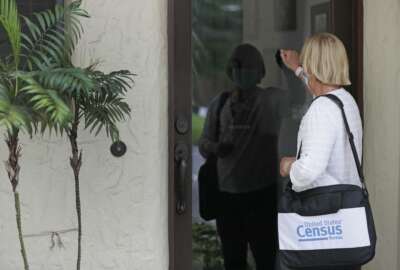