I can see it coming now. A 10-foot iron picket fence encircling the Capitol, and more of those car-stopping pop-up checkpoints surrounding the whole complex.

Washington, D.C. has steadily become an evermore forbidden city over the decades. Perhaps it dates to the assassination attempt against Harry Truman, when he, Bess and Margaret were living in Blair House during the White House renovation. The incident occurred in 1950. It became obvious that the president could no...

I can see it coming now. A 10-foot iron picket fence encircling the Capitol, and more of those car-stopping pop-up checkpoints surrounding the whole complex.

Washington, D.C. has steadily become an evermore forbidden city over the decades. Perhaps it dates to the assassination attempt against Harry Truman, when he, Bess and Margaret were living in Blair House during the White House renovation. The incident occurred in 1950. It became obvious that the president could no longer stroll casually across the street to the West Wing.

More recently the 1995 bombing of the federal building in Oklahoma City prompted the closure of the portion of Pennsylvania Avenue in front of the White House. That measure didn’t, though, increase the distance from which pedestrians can view the White House.

The same societal pressures that gave us metal detectors and later TSA checkpoints at airports are the same ones that have made our federal facilities into fortresses.

There was a time in living memory when nearly all federal facilities were freely open for anyone to wander in.  In the distant past anyone could picnic on the White House lawn, and the nearby streets were all open to normal traffic. Nowadays — on non-pandemic days, that is — federal building are fully secure, their lobbies normally clotted with visitors enduring screening. There’s basically no possibility of a walk-up meeting with anyone.

Congressional office buildings often have lines streaming out the doors and down the sidewalks.

Before yesterday, you couldn’t just step inside the Capitol. That hasn’t been possible for years. Visitors have turned out to be armed and out for blood. In 1998 a mentally ill gunman killed two Capitol Police officers and made his way into the office of then-majority whip Tom DeLay. Ultimately the underground Capitol Visitors Center resulted, a project that took eight years and more than a billion dollars.

But at least until today, you could pose for selfies on the various exterior staircases of the Capitol. You could get up close to the sandstone and scratch your back on it. Occasionally, after a Nationals game, my wife and I will walk from the ballpark to Capitol Hill, across the plaza on the east side, and on to where there are restaurants. Sometimes we chatted with the officers patrolling the grounds.

Yes, as one protester barked on television yesterday, it is the People’s House. But it’s also a building that demands control of who can go in. The “people” can get in via organized tours or with a scheduled appointment, but it’s not Costco.

Yesterday’s crazy protests broke new ground in more ways than one. A single gunman or runaway vehicle is one thing, and the Capitol was prepared for that. But squads of people using French barricades, wood sticks and other objects to break windows and doors, followed by hundred or thousands streaming in and forcing the evacuation of Congress itself — well, nobody quite expected that.

Washington will recover. Frankly, yesterday was nothing compared to the 1968 riots that followed the assassination of Dr. Martin Luther King. We saw that when TV “film-at-11” was still mostly black-and-white. But I remember watching the armored troop carriers streaming down New Hampshire Avenue. Some affected parts of the city became vibrant again only in recent years.

Which leads me to my dread that Congress will decide to wall off the Capitol building site in the manner of the White House.

Hearings will be held, ritual denunciations uttered. The Capitol Police and other agency responses will be questioned. The networks will continue with mostly foolish analyses. And things will change. I just hope it doesn’t make the physical manifestation of our representative republic even more forbidden and remote. 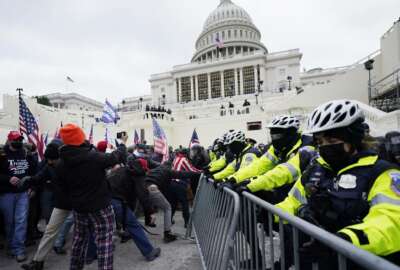 Pro-Trump mob storms US Capitol in bid to overturn election 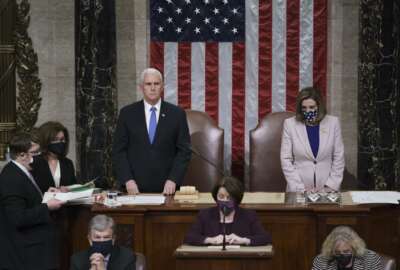 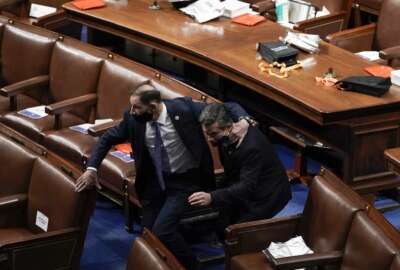