Rep. William Clinger was a giant in federal IT acquisition

Allow me to note the passing late last month of former Rep. William Clinger. The long-serving Pennsylvania Republican was the co-name on a landmark piece of legislation signed into law in 1996: The Clinger-Cohen Act.

Clinger-Cohen moved the federal government’s information technology procurement past what was known as the Brooks Act Era, when major acquisitions required delegation of procurement authority from the General Services Administration. The GSA never quite scaled its oversight still to match the obligations agencies incurred during years of great technological ferment.

Actually two pieces of legislation, the Clinger-Cohen Act consists of the Information Technology Management Reform Act and the Federal Acquisition Reform Act of 1996. Then, as now, part of it rode through on the back of the National Defense Authorization Act of that year.

Fundamentally, Clinger-Cohen not only gave more IT authority to the departments and agencies, it elevated thinking, planning, and budgeting for IT to strategic levels. Few agencies had chief information officers before Clinger-Cohen. Afterwards they nearly all did, and do. After Clinger-Cohen, IT became regular elements of strategic guidance by successive White Houses.

Even after passage of Clinger-Cohen, agencies struggled with IT acquisitions, and some of the failures remain talked about to this day. Congress built on Clinger-Cohen in 2014 with the Federal Information Technology Acquisition Reform Act. FITARA sought to shore up some of the perceived weaknesses in Clinger-Cohen. Among other things, it gave CIOs more explicit authority — budget authority, that is. It required regular reporting to Congress and mandated so-called dashboards to make the status of projects visible to anyone. It helped accelerate the government’s move into the cloud computing era.

FITARA, I’d like to point out, doesn’t have a member’s name commonly associated with it, like the Brooks Act — named for the legendary Texan Jack Brooks — or Clinger-Cohen. It was in many ways the brainchild of California Republican Rep. Darrell Issa.

Which is my main point in recalling Clinger, whom I spoke to on several occasions. I also spoke to Brooks many years ago and, more recently, Issa. Unfortunately, slamming Congress is all too easy and often all too justified. To be sure, Brooks, Clinger, and Issa all had their highly partisan episodes and gambits. Clinger, for example, doggedly led the House investigations of alleged wrongdoing by the Clinton Administration.

Still, within these increasingly bitter chambers, we’ve had a string of members who have at times risen to the challenge of trying to make the executive branch operate more effectively. Clinger was one of them.

I should also mention Cohen, now 81, whose staff member Julius Epstein generated a report back in 1994 called “Computer Chaos.” I lost my PDF of that once-sensational document somewhere along the line of successive PCs. Cohen was and remains an unfailing gentleman. I forget why, but Cohen passed through our new broadcast facilities shortly after we moved in, the year before the pandemic. We talked briefly about those Clinger-Cohen reform years.

Unfortunately, I can’t say IT acquisition in the federal government is an efficient, cost-effective, predictable, strategically aligned activity. Some parts of it have improved over the years. Schedules, cost estimates and requirements remain difficult for agencies to control. Soon the next batch of FITARA report cards will come out and we’ll get a snapshot of 21st century computer chaos.

At the same time, let’s not forget about congressional overseers who, since the first IBM 701 rolled into a federal data center, have tried to keep the reins on an activity that now runs an annual tab of nearly $100 billion. Clinger was a giant in IT acquisition, and the government is better for his work. 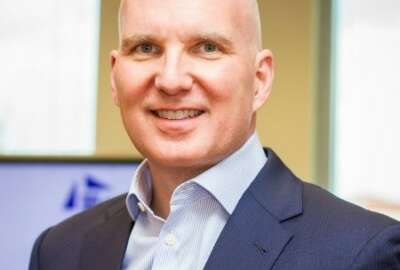 Sometimes it takes an academic eye to spot the flaws in a practical system, like federal IT acquisition