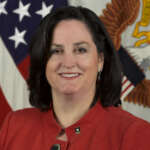 Assistant Secretary of the Army Katherine Hammack has been pushing energy sustainability in the Army for years. As projects gained momentum and some approach ribbon-cutting time, the savings are getting ready to stack up. But Hammack is counting on her energy sustainability and security strategy to deliver even more.

“Right now the Army has 14 major projects completed or under construction, and together they’ll provide over 400 megawatts of generation capacity by the end of...

Assistant Secretary of the Army Katherine Hammack has been pushing energy sustainability in the Army for years. As projects gained momentum and some approach ribbon-cutting time, the savings are getting ready to stack up. But Hammack is counting on her energy sustainability and security strategy to deliver even more.

“Right now the Army has 14 major projects completed or under construction, and together they’ll provide over 400 megawatts of generation capacity by the end of calendar year 2016,” she told Federal News Radio. “We have estimated that they will generate over $260 million in cost avoidance over the life of the project.”

Those projects include a 200-acre solar panel farm in Fort Benning, Georgia, which goes online in June, and a 50 megawatt biodiesel power plant in Oahu, Hawaii. The biodiesel plant will power an airfield, an Army base and a community hospital. It will also help to restart emergency services and power to the island in the case of an emergency.

But what Hammack said is most interesting is that the Army isn’t spending a dollar of taxpayer money to do this.

“We are attracting private capital, private business, which are spending over $800 million to install, own, operate and maintain these systems on Army installations, and we are simply buying the energy that they produce at a lower cost,” Hammack said.

Hammack said that partnering with the private sector is another part of the Army’s strategy to reduce costs. Privatizing support services such as waste-water management, housing, electrical and natural gas distribution takes advantage of those business’ core competencies, while letting the Army focus on training and equipping soldiers.

Hammack said that a base realignment and closure (BRAC) would help the Army to prioritize only the most critical infrastructure and let it divest itself of facilities that no longer make sense to maintain.

“We have calculated approximately $500 million a year on excess or underutilized infrastructure in the Army,” Hammack said. “And our current estimate is that 21 percent of the current inventory of facilities is excess.”

She said that kind of cost savings would let the Army pay for about 5,000 soldiers a year.

One of the biggest obstacles to BRAC is lawmakers who don’t like running the risk of DoD closing bases in their districts. But Hammack said that the communities surrounding bases benefit from closures just as much, if not more, than the bases themselves.

“I have been to bases that have been consolidated out of,” Hammack said. “One that I was just up at in Massachusetts, they now have a pharmaceutical manufacturing plant there, they have a movie studio there, and they have turned the base operating area into hotels and restaurants. And what they have told me is that there are more people employed there than when it was an Army base. So it can benefit the community with more jobs, with taxpaying revenue from the property taxes that come from the land, so there is a future for communities when an army base has closed.”

She said the Army can’t afford to continue paying for infrastructure “that’s left over from WWII.”

“We are estimating that a department of Defensewide BRAC would cost about $6 billion over a six year implementation period, but it would produce a return on investment for the entire Department of Defense of about $2 billion a year in reoccurring savings. So as our budgets are shrunk, that’s $2 billion that we can’t afford to continue to support in these underutilized facilities,” she said.

“I was in one building where the roof has failed, and it’s structurally impossible to replace, but it’s a three-story building, so they’re still holding classes on the first floor,” she said.

Other projects, like waste-water treatment plants, could damage the environment through discharges and potentially lead to the Environmental Protection Agency to shut them down.

“I hate to say we prioritize the worst first, but that’s the way it is,” Hammack said. 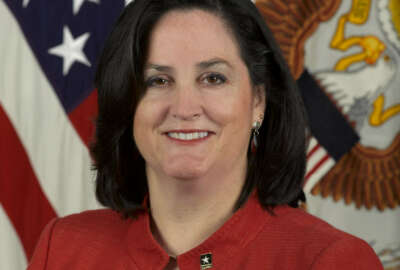 With no BRAC on the horizon, Army pursues ‘base of the future’