The first high-speed, nationwide wireless broadband network dedicated to public safety is now in the build-out phase, nearly 17 years after the events of Sept. 11, 2001 sparked the idea. First Responder Network Authority, or FirstNet, is moving forward as AT&T installs the special 700MHz, Band 14 spectrum to connect public safety communications in around the U.S.

The first high-speed, nationwide wireless broadband network dedicated to public safety is now in the build-out phase, nearly 17 years after the events of Sept. 11, 2001 sparked the idea. First Responder Network Authority, or FirstNet, is moving forward as AT&T installs the special 700MHz, Band 14 spectrum to connect public safety communications in around the U.S.

FirstNet CEO Mike Poth said his organization was pleased with AT&T’s progress since being awarded the contract a year ago, and that the company is ahead of schedule in its project milestones. AT&T’s existing spectrum was opened to public safety upon winning the contract in March 2017, and the company began building in January, before the final task order was issued.

“Two weeks ago we issued the final task order, which is kind of the blue print for the build out in the 56 states and territories and the District of Columbia that’s required,” he said on Federal Drive with Tom Temin. “So this is the green light for them to specifically build to the specifications that each governor has said is acceptable to them.”

AT&T won a $46.5 billion deal to provide 20 MHz of, according to a statement from the Department of Commerce Department, which houses FirstNet. According to that agreement, the wireless carrier will receive payments of $6.5 billion over five years and provide 20 MHz of telecommunications spectrum. AT&T will spend about $40 billion over the contract’s lifetime to build, deploy, operate and maintain FirstNet, the statement said.

Build out will  include a virtual network on top of what the company already operates, as well as physical facilities, broadcast towers and censors, Poth said. AT&T planned to reach more than one-third of antennae this year as part of the build out, which will cover urban, suburban and rural areas.

FirstNet, which is an independent entity, was congressionally mandated and is housed within the Commerce Department. Then-FirstNet President TJ Kennedy told Federal Drive with Tom Temin at the time that the network, once complete, would be able to send photos, building plans, license plate information or criminal histories.

In the case of the Las Vegas shooting massacre Oct. 1, for example, Poth said law enforcement were able to search building floor plans online in the office but could not transmit the information to officers in the field efficiently.

“We hope as technology gets more efficient, data gets more efficient and the use of this available spectrum is out there, that day will soon be in the near future where in real time as responders are going to a scene will get those data feeds coming to their devices and terminals either in their units or on their persons, to assist in a better response,” he said.

Once operational, FirstNet will run first responder traffic on a separate core network that is wireless and encrypted, AT&T senior vice president Chris Sambar told the Senate Subcommittee on Communications, Technology, Innovation and the Internet in July. Poth said different agencies as well as first responders from other states will be able to communicate in emergencies because they will have the same technology and spectrum available. FirstNet’s data capabilities will also allow responders to send images of victims to medical staff at hospitals, rather than relying on paramedics to merely describe injuries over their radios.

“This is going to solve the nationwide interoperable network, and it’s going to also solve it at the local level, even between adjoining agencies,” he said.

But radios will not be replaced overnight, Poth said. Just as pagers were once phased out of use by public safety officials, so will radios, he said. In the meantime, responders may have to carry two devices — land mobile radios and smartphones — when FirstNet is first operational.

“But as technologies evolved and as it rapidly continues to evolve we could see a day where the radios do become sunsetted,” he said. “Although we like to be futuristic in our thinking for public safety technology needs, how rapid the adoption is and the needs and the use of the technology using broadband networks is going to drive and dictate if and when radios do become a secondary tool.” 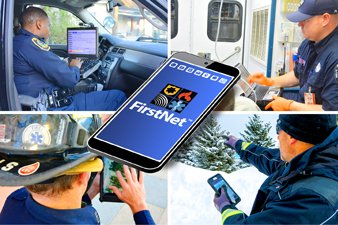 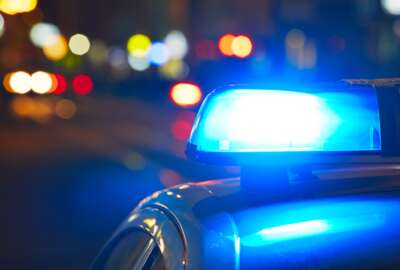 FirstNet ramps up, finalizing RFP before 2016