The American Federation of Government Employees and the Environmental Protection Agency have agreed to return to the bargaining table to negotiate a new contract, the union said Thursday.

The development is significant given EPA had unilaterally imposed a series of new bargaining proposals without the union’s agreement over the summer. Those articles included reductions in telework and official time, as well as limits on the union’s use of government property and office space.

The decision to return to the table came amid pressure from lawmakers and an October decision from an investigator at the Federal Labor Relations Authority, who said the EPA had bargained in bad faith when it implemented new bargaining proposals earlier this year.

A group of 41 senators and 228 House members had separately written to the EPA administrator earlier this fall, urging his agency to return to the bargaining table.

In its proposed settlement agreement, FLRA suggested EPA rescind the contract it initially imposed on the union and agree to return to the bargaining table with AFGE.

The agency and union signed the terms of a new settlement Thursday, AFGE said. Under those terms, both parties will resume negotiations on a new contract in the next 30 days. AFGE also agreed to drop the unfair labor practice charges and other grievances it had filed in recent months.

“This is a major breakthrough, but we must not become complacent,” Everett Kelley, AFGE’s national secretary-treasurer and acting president, said Thursday in a statement. “We are fighting uphill against an administration that wants to strip workers of their rights and make it harder for employees to do their jobs. We must keep up the pressure on EPA management to ensure they stick to the agreement and bargain with us in good faith on a new contract that adheres to the law and equips employees with the resources and support needed to carry out their vital mission.”

Negotiations with EPA aren’t likely to be a walk in the park.

The Office of Personnel Management last week issued new guidance detailing how agencies should enforce all pieces of the president’s executive orders on collective bargaining, official time and employee removals.

All relevant provisions of the workforce executive orders are “fair game,” OPM said, and agencies should begin to implement the EOs on collective bargaining agreements whose terms have technically ended or rolled over past their end date.

For EPA, its existing collective bargaining agreement had been in place between 1998 and 2010, and it was last updated in 2007, meaning the workforce EOs are fair game there too.

Other agencies have opted to impose new bargaining proposals without their unions’ agreement, much to the protest of federal employee unions. Few agencies so far have agreed to return to the bargaining table.

The Department of Health and Human Services, for example, has this year started to impose some bargaining proposals that were reaffirmed by the Federal Service Impasses Panel. Its union, the National Treasury Employees Union, never agreed to those proposals and filed unfair labor practice complaints.

An independent arbitrator in September said the department had bargained in “bad faith” with the union and instructed both parties to resume negotiations. Negotiations, however, haven’t resumed, and HHS has appealed the arbitrator’s bad-faith ruling. 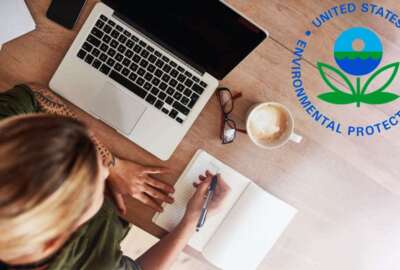