AFGE finally has a contract with VA. Now what?

After a nearly year-long standoff with the Department of Veterans Affairs, the American Federation of Government Employees finally has a contract. But the seven-year deal was imposed by the Federal Service Impasses Panel. The Panel mostly sided with VA management. Outside Supervisory Attorney Ibidun Roberts joined the Federal Drive with Tom Temin to share the AFGE reaction...

After a nearly year-long standoff with the Department of Veterans Affairs, the American Federation of Government Employees finally has a contract. But the seven-year deal was imposed by the Federal Service Impasses Panel. The Panel mostly sided with VA management. Outside Supervisory Attorney Ibidun Roberts joined the Federal Drive with Tom Temin to share the AFGE reaction and what the union wants to do next.

Ibidun Roberts: Good to be back Tom.

Tom Temin: The union is not happy judging from the press release they put out. What is their general view of this findings by the FSIP? I guess what they’re saying is it doesn’t even constitute a contract. Sort it out for us.

Ibidun Roberts: Correct. Sure. So the the National VA Council believes that the panel completely gutted the contract, that even with what they gave the council, it doesn’t present much of a collective bargaining agreement. But as you stated, we do also have nine issues outstanding, but that was on the VA part. The VA removed those items from our bargaining, and issued what’s called a 7422 determination, which allows the Secretary to remove items from collective bargaining. And they did so on nine articles. And the only way to challenge that is to go to court. So the council is in court challenging the decisions on those nine articles. But that leaves us with nine unresolved articles, those were not submitted to the panel. So they resolved 45 articles, nine are outstanding, and we agreed on 18 of them. So we don’t have a complete agreement, but with what they’ve done so far, they’ve completely gutted the purpose of having a union in the first place.

Tom Temin: And what are some of the elements of a agreement you think are most significant that have been removed or are not in there anymore after what the panel decided?

Ibidun Roberts: The union looks for fairness in the agreement. So we always propose terms that would require management to act fairly, for example, giving employees notice of something, allowing employees to be able to respond, management performing due diligence, like an investigation before they make a decision. So those are things the Union would impose. And the panel took those things out. So there are several articles where the agency proposed that they will just follow the law, and the panel gave them that so none of the procedures are in place. It will be very unclear how management carries out these duties because the panel took out the procedures that we would have proposed and bargained for.

Tom Temin: If I’m reading between the lines, it seems like the union’s position is that therefore management can pretty much act with total arbitrary nisour capriciousness, when dealing with union members?

Ibidun Roberts: That’s correct. They can act on a whim, they can act on emotion. So what it will do is create a lot of litigation, and there will be a lot of grievances over how management implements what the panel imposed, because there are simply no procedures in place, there are no guardrails on management. So we will have to file a number of grievances. We will see a lot of litigation maybe even outside the grievance procedure, like an EEO where the panel impose excluding performance related matters from the grievance procedure. It’s ill advised, because what happens when you cut off the negotiated grievance procedure, employees go somewhere else, they have to be able to grieve they have to have somewhere to file their complaint. So if you take it out of our procedure, you’re going to see it somewhere else, whether that’s EEOC, whether that’s the Office of Special Counsel. So I foresee there will be a lot of litigation, because the panel took away those guardrails.

Tom Temin: And another point the union has made is that they don’t accept the legitimacy of some of the appointees to that panel, part of the Federal Labor Relations authority. And they think that therefore, what they have decided is not binding.

Ibidun Roberts: Correct. So what the council’s position is that we do have, we didn’t sit on our rights here. We didn’t just raise this issue and do nothing about it. The council did file a lawsuit for a court to make that decision. And so all the council is asking for now is that everyone wait until the court rules on this lawsuit. The court will tell us if they’re validly appointed or not and we should just wait until that happens.

Tom Temin: And what is the status of the lawsuits on the nine articles that were not included in the FSIP decision? Are you close to getting a ruling on those or is it gonna be months and months to go?

Ibidun Roberts: Yeah, that one’s not close. It looks like months and months. The last time I checked on it, the government asked for more time to do their response. So it will be months and months. Again, the VA could have just bargained it with us and we would be done with it by now. But instead they removed it and it’s in this long court process. That one is not as close.

Tom Temin: This one’s gonna drag on longer than the electoral vote recount. Which leads me to my next question and that is, is the union simply hoping that when the Obama administration is eventually, I can’t believe I just said that, when the Biden administration is eventually seated, that its VA designee could simply come in and say, let’s toss this all out and start over with fresh bargaining? Is that possible, legally and is that what the union is hoping for?

Ibidun Roberts: Oh, yes, that’s possible. The parties can always come to agreement on their own, we can always go back and renegotiate ourselves. We just have to both agree. The Union can’t insist on it. Management, the agency would have to agree with us. As long as that happens, we can renegotiate. So President Elect Biden once he’s seated, he can issue that order. And we would be happy to go to the table to bargain fairly.

Tom Temin: Are you aware of whether there have been contacts so far between the transition team, or perhaps the president elect himself and AFGE? Because let’s face it, AFGE endorsed Joe Biden and there’s a long history there.

Ibidun Roberts: Right, AFGE did endorse Joe Biden. I am not privy to the conversations. I do know that President Elect Biden did reach out to the federal sector unions to talk to them about some of their priorities. So I do know that that happened. And I would believe, president of AFGE, Everett, Kelly, participated in those discussions. My understanding is that there is a commitment from President Elect Biden to rescind the the harmful executive orders on day one. So there are those talks happening. And we do hope that there will be this order this instruction to renegotiate the agreement,

Tom Temin: Because there’s a couple of things that could change and maybe one that could not change. One, some of the decisions of the impasses board cited the accountability for VA, I’m shortening the name of that law passed in 2017 I believe it was, and so they said we can’t get around those, because that’s the law. On the other hand, that’s with respect to firing and hiring timelines and so forth, which I think affected the Senior Executive Service more than it might have affected rank and file employees. But then there’s the official time and the offices available with equipment inside VA facilities, those were taken away by executive order. So it sounds like those two things is what you’re hoping for to get back first.

Ibidun Roberts: Sure. I mean, so with the Accountability Act, the interesting thing there is that the panel did rule on issues concerning the Accountability Act. Unfortunately, they interpreted the law in their rulings, which is something they’re not supposed to do. So we do have some imposed proposals from the panel that are actually counter to the law. For example, the agency proposed that employees can only do oral replies because that’s all that is allowed under the Accountability Act, which is simply not true. So we had things like that in the agreement, which should absolutely be undone because it’s an incorrect statement of law. But as far as the official time, yes, they use the executive orders to do that. And so it is something we would hope would be undone. The panel gave us point six, five hours per bargaining unit employee, which is a lot less than even the executive orders one per bargaining unit employee. And the VA, as we just talked about with the Accountability Act, is particularly unique. Other agencies are not dealing with the Accountability Act and those shortened timeframes. So the union has to deal with these shortened timeframes, a lower standard of proof, and now even less time than other agencies are getting to deal with these matters.

Tom Temin: Yeah, .65 hours per employee means there’s time to walk outside chat, have a cigarette, and you’re done.

Ibidun Roberts: Correct. Not enough time to review an action.

Tom Temin: Alright. So lots to look forward to I think in the next few weeks. Ibidun Robert is Outside Supervisory Attorney for the Veterans Affairs Council of the American Federation of Government Employees. Thanks so much for joining me.

Ibidun Roberts: Thank you for having me. 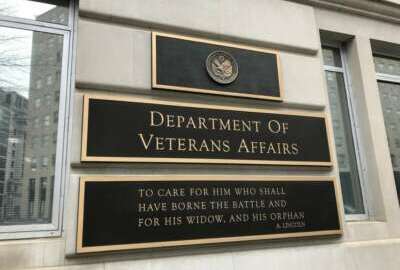