The American Federation of Government Employees has no end of complaints about the Veterans Affairs Department. Its contract bargaining has floundered. VA even charges it for office space, while slashing official time. Now the union has obtained documents it says prove systemic racism at VA. They show white employees are twice as likely to be promoted as...

The American Federation of Government Employees has no end of complaints about the Veterans Affairs Department. Its contract bargaining has floundered. VA even charges it for office space, while slashing official time. Now the union has obtained documents it says prove systemic racism at VA. They show white employees are twice as likely to be promoted as black employees. With more, the president of AFGE local 2338 in Poplar Bluff, Missouri Kevin Ellis, joined Federal Drive with Tom Temin.

Tom Temin: Mr. Ellis, good to have you on.

Kevin Ellis: Thank you very much excited to be here.

Tom Temin: Well, first of all, tell us how you got these employment and promotion documents in the first place.

Kevin Ellis: We do FOIA your requests, and we audit the position after the selections have made. And we have found overwhelmingly that African American employees are not being selected. And what we found to be interesting about this, sir, is that some of us have trained the people that they’ve selected above us and around us. The documents show a consistent pattern of discrimination against African Americans applying for jobs within the VA.

Tom Temin: Now do these documents cover all VA or just Poplar Bluff or what’s the scope here?

Kevin Ellis: Some of the documents, we have cover all of VA and some of them just cover Poplar Bluff, Missouri. We were mostly concerned with the ones that cover Poplar Bluff, Missouri, because that impacts the African Americans that have worked here on a local level versus the national scale. The documents that we’ve seen, they speak the same truth from one VA to the next VA.

Tom Temin: Before we get into the details of what you found, just tell us about Poplar Bluff. This is a full fledged VA Medical Center — tell us about the center.

Kevin Ellis: It is a full fledged VA Medical Center. We’re located in rural America, we have about 790 employees total. And we have been applying to get into leadership positions for the past 17 years. And it has been a systemic overarching issue. We have only been able to get one African American into the engineering section in the past 30 years. And there’s only been one at a time that have only gotten into a job through a EEO complaint. They were more than qualified, they were the best qualified, but supervisors will go behind the interview panels and change the scores and move African American employees lower to move Caucasian employees higher and select them. It has just been mind blowing.

Tom Temin: That’s pretty amazing. Now, when you mentioned there about 800 employees, is that just the black employees is that the entire employee population?

Tom Temin: And how long have you been there and what do you do?

Kevin Ellis: I’ve been at this hospital for 17 and a half years. And I started off as a housekeeper I moved to be a secretary for notes exec. And then for now went into voluntary services and voluntary services is where I really began to see and witness me not being in their word qualified to be a higher graded employee. That is a position which I have trained other individuals to work in that department. But yet when it came time for promotion, I’m not good enough.

Kevin Ellis: Out of 10 employees that applied, if you had an even number, five African American, five Caucasian, five Latino — the African American and Latino employees will not be selected, period, we will not be selected. Even though we will have the most qualified scores, we will not be selected. And the way they got around that selection is they made the questions open ended with no matrix, no way to grade the answer that employees would give. So if I asked you, for example, what is your greatest feat in life? And I tell you, I ran into a burning building and save someone, the panel members would say that’s not important, that’s not good. They give us a score of one. But if someone said, you know what, two weeks ago, I was driving down the highway and stopped and help the lady across the street. They would give that employee a 10. That is how you take a most qualified employee and degrade them by not having a matrix in which you can grade them by. It’s your own perception of whatever you want the reality to be, and that’s how they get around into the system.

Tom Temin: Have you confronted management with these findings? They must have known what they were giving you when they handled them over. And what have they told you?

Kevin Ellis: We did confront them. And they kept telling us now it’s not what you think it is, that’s not accurate. But we know that was the case. I had two African American Human Resources specialists here. One of them said, if I didn’t work here, I would spill the beans on the racism, he says, but I’ve got a family and I can’t do that. And another one said to me, Kevin, I see it every day, I’ve spoken up against it., but if I say anything else, I may be in trouble, therefore, I’m not going to get involved. Those were the comments from two African American Human Resources employees here who saw the discrimination happened, but felt powerless, afraid to do anything about it.

Tom Temin: And getting back to the staff, and you mentioned that there’s nobody who is above low level GS type of level that’s African American — there’s no doctors, there’s no nursing supervisors, there’s no managers at all that are black there? \

Kevin Ellis: We have one manager, that’s the GS 12 that moved here from Texas four or five months ago, she is the only one. And had they not selected her — and she was a retired veteran, 20 years in the US Army — and she’s my current supervisor. And since she’s been here she’s felt some backlash, and we believe it’s because of her race that she’s facing backlash and just trying to perform her job. We speak on a regular basis, but we have one and she was only a supervisor because she came in from another facility already a supervisor.

Tom Temin: Well, what’s your next step now? I mean, a lawsuit, or how are you going to deal with this?

Kevin Ellis: We are currently in consultation with an attorney now about doing a class action lawsuit doing one here locally. Now, nationally, we may want to do another one as a larger group. But we need to deal with this here at this facility that I’m working at because not only is it discrimination from the perspective of African Americans, but I got hit with a double whammy. Me being a union president, every one of my representatives that have applied for jobs that have been the most qualified, were not selected, or we’ve been terminated. We’ve had two safety offices that have been terminated for raising safety issues that were validated. So I’ve faced a double whammy, not only being black, but also being the union president. And those connected to me felt the same wrath, to include my sister who’s disabled and my cousin.

Tom Temin: So basically, they hire black people to be employees. But whatever level you interact, that’s pretty much where you stay — in your case 17 years.

Tom Temin: And are you working with other locals maybe to have them do FOIA requests to see how this might play out VA wide?

Kevin Ellis: Yes, I am working with some other locals as well. Recently, I was just reelected as our district vice president of council 226. And we are going to dive into this extremely heavy because we know it is a systemic problem that not only affects Poplar Bluff but it’s the same way in New York, Georgia, Texas, California, Kansas. It is a major major problem. Yeah,

Tom Temin: I guess if what happens in rural Missouri also happens in Washington state or Northern California, then you really do have a pretty deep systemic problem, I would think.

Tom Temin: Kevin Ellis is president of AFGE Local 2338 representing employees of the Veterans Affairs Department in Poplar Bluff, Missouri. Thanks so much for joining me.

Kevin Ellis: You’re welcome. Thank you very much for your time as well. 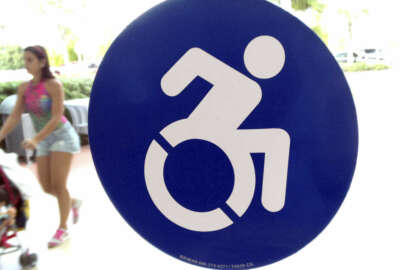 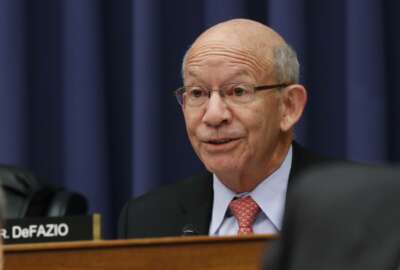