It’s been nearly 180 days since the Department of Veterans Affairs signed a 10-year contract to adopt Cerner’s electronic health record, and many members of Congress still have more questions about the project than answers.

VA, no doubt, has been busy over the past six months. The department awarded Cerner three more task orders on data migration, functional design and initial operating capability development. It also reviewed the VA sites where the new product will be implemented first. VA facilities in Seattle and Spokane, Washington, are getting new computers because the old ones aren’t compatible with Cerner’s system.

But members of the House Veterans Affairs Committee are still anxious about the “fuzzy math” behind this massive project.

They’re particularly confounded why VA’s total cost estimates for the electronic health record modernization are higher than originally anticipated —$16.1 billion now as opposed to the initial $15.8 billion projection — even as the department also slowed down work and spending on infrastructure improvements that it needs to make before EHR implementation.

Because VA didn’t sign a contract with Cerner until May, the department had $205 million that it didn’t spend on the electronic health record modernization project in fiscal 2018. VA is expected to spend roughly $200 million less than originally anticipated each year during 2019 and 2020, said Rep. Jim Banks (R-Ind.), the VA technology modernization subcommittee chairman.

John Windom, executive director of VA’s Office of Electronic Health Record Modernization, said the department didn’t initially account for the additional employees it would need to hire over the course of the project.

But for Banks, the math doesn’t quite add up.

“I find it hard to believe that such a basic part of running the program, government salaries, could have been overlooked,” he said during a subcommittee hearing Wednesday. “But even if I accept that at face value, it’s an enormous amount of money. If we figure that they are senior GS-15 employees … and we include their cost of benefits, $350 million buys roughly 2,000 full time employees.”

Windom said the project has 269 employees assigned to the EHR modernization to date. VA has 131 billets to fill over the next year, he added, and finding top talent to staff the project over the next 10 years will be expensive.

VA submitted a legislative proposal in August asking for hiring and special pay authority to help recruit top talent to the EHR modernization office. But the department retracted it weeks later with no explanation, Banks said.

Windom said the EHR office realized it could use Title 38 authorities, which rest with the Veterans Health Administration, to hire new talent.

Richard Stone, VHA’s acting undersecretary, “agreed to set up a cost pool, a call center for us, where he would effectively take the administrative burdens off of our lap. That means we can focus more energy on the implementation. … We felt we were able to get the benefits of an efficient hiring process that was already in place, influence who was hired but not take on the administrative burden of setting up our own from scratch.”

Rising project management costs may be another contributing factor. Project management office support costs are expected to go up by $50-to-90 billion every year through 2027, Banks said. VA already has a five-year contract with Booz Allen Hamilton for some of these services, he added.

“The numbers that you’re seeing are support of executive councils, workflow management and development processes, alignment processes and also effectively a satellite command activity we’re going to need to have in the pacific northwest,” Windom said.

Banks said his subcommittee will request financial documents from VA, which he hopes will provide more detail about the department’s cost estimates.

Leadership has and continues to be another concern for lawmakers.

The joint statement came after the House VA technology subcommittee questioned whether DoD and VA’s interagency program office was in fact functioning as the single point of accountability for the two departments’ activities on the project.

But the secretaries’ statement didn’t provide more detail about a leadership structure for the EHR effort, and lawmakers are still looking for answers.

“I don’t have confidence in the structure,” Rep. Mike Coffman (R-Colo.) said Wednesday. “The notion that we’re still at the point where neither DoD [n]or VA is taking the lead. One of them has to have ownership for it. One of them has to call the shots. The notion of having this intermediate organization between the two, these two behemoths, these two gigantic entities, at the end of the day is just unworkable.”

Wilkie said during his nomination hearing that responsibility for the project rests with him.

“Or is Secretary Mattis in charge?” Banks said after the hearing when asked about the project’s leadership. “There’s still not a clear indication of what that structure might look like, but we’ll keep pushing on that.”

“We’ve succeeded at every milestone that we’ve encountered or desired to achieve,” he said. “I’ve seen nothing but unity in pursuit of this mission.”

Establishing a clear joint management structure should be VA’s next major focus, Banks said during the hearing.

Wednesday’s public meeting was the second, and likely final, technology modernization subcommittee hearing on VA’s EHR during the 115th Congress. The House VA Committee next year will have new leadership, which will lead discussions about subcommittee makeup. 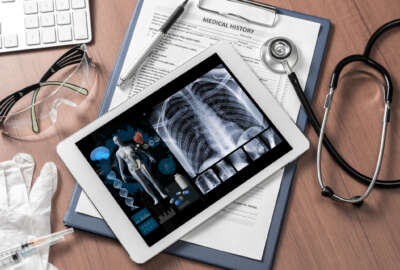 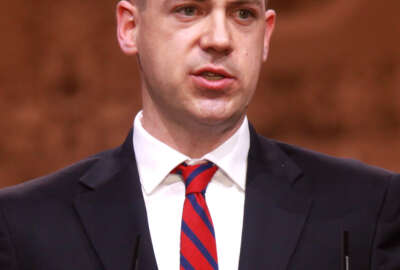