Measuring how long a veteran might wait for care at a Department of Veterans Affairs facility has never been simple.

Five years after the House VA Committee held its first hearing on the wait time scandal in Phoenix, Arizona, the same statement is still largely true, though both the department and some lawmakers said they have seen true progress since then.

Media reports in 2014 found veterans waiting weeks and months for appointments at the Phoenix VA Medical Center, prompting a leadership and organizational shakeup across the department. Inspector general investigations found similar problems at other medical centers across the country. Patient schedulers falsified wait times at dozens of medical facilities nationwide, while many faced severe training and staffing shortfalls.

Mark Takano (D-Calif.), the chairman of the House Veterans Affairs Committee, said VA whistleblowers have since approached him and his colleagues about similar wait lists to date. One VA whistleblower testified publicly about such a list back in June.

VA, however, disputed those reports.

“I want to be really clear. We are not [at] five years ago. There are no secret wait lists,” Teresa Boyd, assistant deputy undersecretary for health for clinical operations at the Veterans Health Administration, said Wednesday during a House Veterans Affairs Committee hearing.  “What we have is our tools that are somewhat obsolete, and their tracking capabilities … can be misinterpreted.”

The department did a top-to-bottom sweep of its electronic wait list (EWL) and said no veterans were harmed. The EWL, which serves a record of veterans waiting to schedule an appointment and of other administrative requests, will eventually be phased out, Boyd added.

“It has absolutely improved since 2014,” Phil Roe (R-Tenn.), ranking member of the House Veterans Affairs Committee, said Wednesday. “There’s no question about that. It’s been a herculean effort to do right by our nation’s veterans.”

Both the RAND Corporation and the Journal of the American Medical Association have cited shorter wait times at VA facilities compared to the private sector — and overall higher patient satisfaction with the department’s care. 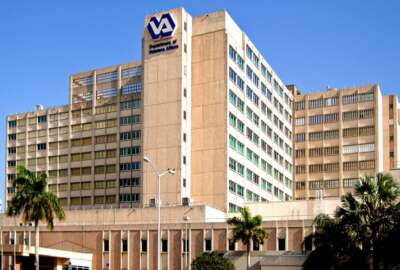 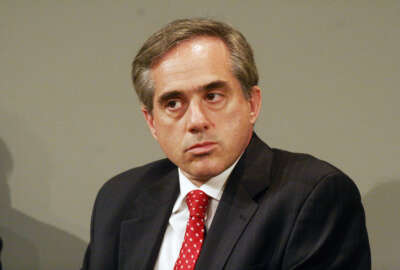 Though wait times vary throughout the country and depend on specific facilities, more than 60 percent of VA facilities meet the goal of seeing new patients for primary care within 20 days. The average wait time for new primary care patients in 2018 was 21.2 days, she said.

But the Government Accountability Office, which has been tracking VA patient wait times and offered up recommendations on this topic back in 2012, said it still isn’t comfortable with VA’s data.

VA and GAO have disputed exactly how the department should measure veteran wait times for several years. GAO back in 2016 said it was more appropriate that the department measure wait times from the date a veteran initially contacted the VA to the date he or she was seen by a doctor.

In her testimony, Boyd said this practice made sense for new patients only. For established patients, the department considers a “wait” as one that starts at the date the patient has said he or she wants to be seen to the actual date of care.

“I just don’t understand why it’s not simple,” Rep. Julia Brownley (D-Calif.) said. “Everybody keeps saying it’s hard to answer your question because it’s so complicated. But I feel like the VA has made it so complicated, when it’s really very simple — from the time they call to the time they receive their appointment.”

The department’s decision support tool, which it stood up last month as part of the MISSION Act rollout, will eventually show VA physicians how long a patient might expect to wait for care at a private-sector provider, Boyd said. That information is only available to VA doctors, not to veterans or the public.

“The tool actually shows average wait times within the VA, and we’re now beginning to collect data that we intend to put into the tool to show comparative data in the community,” Leo Greenstone, deputy executive director for clinical integrity at VHA’s Office of Community Care. “It’s a roaming 30-day average that we actually show.”

GAO said it is preparing another report that will describe some progress with VA’s patient wait time measurements. But it continued to recommend VA focus on training and development for schedulers, who must understand a series of complex policies that differ depending on VA’s numerous types of care.

“This needs to be consistent,” Draper said of scheduler training. “One of the issues is that the schedulers are among the top ten highest turnover positions in the VA. There’s constant turnover. It’s really [about] educating those schedulers and making sure that they’re consistently implementing the scheduling policy.”

VHA is also taking other steps to improve workforce culture, which the department hopes will translate to its schedulers.

“I know it’s a soft step, but we are on a journey of high reliability,” Boyd said. “We’re really focusing on a just culture for zero harm and for raising your hand and stopping the line. It is a matter of doing that, of developing that through all of our 18 regions, our facilities and in the central office. It’s a matter of providing that environment for folks to raise their hand and for us to say that’s OK.”