The House Veterans Affairs Committee is looking for answers and a clear direction from VA now that the initial rollout of its multi-billion dollar electronic health record has been delayed.

VA had planned to switch on the Electronic Health Record Modernization (EHRM) program at its first site, the Mann-Grandstaff VA Medical Center in Spokane, Washington, on March 28.

But VA announced Monday it would pause the initial rollout, and said it would need more time to build the system and properly train clinicians on its capabilities.

“Getting it right is far more important than hitting a date on a calendar, and if there needs to be a delay to get the system to a place where veterans’ lives are not at risk and the VA staff are ready to use it, then that’s the right thing to do,” Susie Lee (D-Nevada), subcommittee chairman, said. “However, I’m concerned that as we’ve moved closer to the go-live date, we have been told repeatedly that there were no show-stoppers in the implementation, that testing was going great and things were on track. I get that in software development and testing conditions can change rapidly. But I require that the VA be transparent and accountable for its actions.”

Rep. Jim Banks (R-Ind.), the subcommittee’s ranking member, said he and other Republicans had asked for a member of the VA electronic health record modernization team to testify at Wednesday’s hearing, but the department declined.

“I am extremely disappointed that there is no VA witness here today to discuss electronic health record modernization,” Banks said Wednesday.

The subcommittee is working with VA to schedule a hearing on the delay and the status of the EHR rollout in the coming weeks, Lee said.

Still, top committee leadership on both sides of the aisle said recent developments underscored their commitment to oversight of the project.

“I firmly believe Secretary Wilkie’s decision to delay was the right call,” Phil Roe (D-Tenn.), the House Veterans Affairs Committee ranking member, said. “I also believe strongly that the committee now needs to ramp up, not ramp down, its oversight of the project, and I look forward to that hearing.”

Roe said he had twice visited the Spokane VA medical center and noted “issues” with the system, though he didn’t elaborate.

VA had planned the first round of EHR deployments in the Pacific Northwest to match the Defense Department’s initial rollouts of its MHS Genesis health record. Both systems are based on Cerner’s Millennium platform.

But developers are still configuring the Cerner system for the VA, a committee aide told Federal News Network Monday, and delays may persist through at least April or May.

Employees were supposed to receive training on the new system Monday, but they would have been forced to learn on an unfinished product, the aide said.

Cerner is also building interfaces among its system, the Veterans Information Systems and Technology Architecture (VistA) and other VA IT systems, but the pace of that work hasn’t kept up as quickly as desired, the committee aide added.

“From my understanding, we have what we need,” Paul Cunningham, VA’s deputy assistant secretary for information security and chief information security officer, told the subcommittee at Wednesday’s hearing. “We’re partnered with DoD. We’re sharing information, and the decision to delay was more of a tactical one and not necessarily a resource-limiting issue.”

But members said they’re looking for a clearer sense of VA’s direction moving forward, especially given VA’s relative confidence that it would meet the March deadline.

“It’s very important that as we continue to move forward through the integration process that VA is as transparent not just as possible, but just plain transparent,” Rep. Mark Takano (D-Calif.), the committee’s chairman, said. 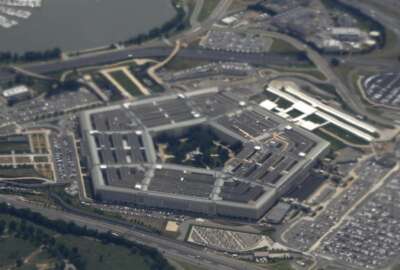