The Department of Veteran Affairs is knee-deep in several major IT modernization efforts, but sometimes seemingly small enhancements make the biggest, immediate impact.

VA made several upgrades to its Status Query and Response System (SQUARES) during the pandemic, which is allowing the agency to connect homeless veterans with services more quickly than ever before.

SQUARES is a cloud-based application that gives both VA homelessness program employees and external service providers — such as shelters, food banks, state and local organizations and non-profits — a place to verify a veteran’s identity and eligibility.

Previously, veterans had to provide their proof of service before they could begin to receive VA services through the department’s homelessness program, said Thomas Guido, senior director of VA’s digital transformation center.

“Most veterans would not have [documentation] that on them. This process could take up to two months to actually identify the veteran and check for their eligibility for different programs,” he said in an interview. “That’s really the big change. [With] this system now, that can be done in minutes. It takes about 10 minutes directly at the service provider’s site.”

The application integrates with the Master Veteran Index and the VA-DoD Identity Repository, meaning SQUARES users can access those databases in one place.

The department also built eligibility rules into the system itself, eliminating the need for a subject matter expert to manually apply VA rules to determine whether a veteran can receive specific services, Guido said.

“There’s much more going on than just providing access to the data,” he said. “It’s actually packaging that in a way that’s most useful in a very streamlined and intuitive way for those providers.”

VA first developed SQUARES several years ago, and the department’s digital transformation service has released several updates since. But those upgrades took on new meaning during the pandemic.

“Certainly there was economic and housing strain, especially for vulnerable populations with the pandemic, so changes and updates were made to support referrals to some of those additional services and programs — and also identify where resources are available,” Guido said. “It’s bidirectional. This isn’t just about checking identify and eligibility. It’s about the referrals and also tailoring the services for the individual, the veteran that needs them, based on what their current situation is and the resources that are available.”

But according to the most recent assessment from HUD, there were 37,252 veterans experiencing homelessness across the United States on a single night in January 2020, a slight uptick over 2019’s numbers.

The uptick is concerning to VA Secretary Denis McDonough and HUD Secretary Marcia Fudge, who, earlier this spring, announced plans to review and update their homelessness strategies. Both secretaries said they would mobilize the strengths of their departments to end veteran homelessness.

For Guido, that’s where VA’s digital transformation center can play a role.

“A lot of times, IT folks are disconnected from the front lines. We watch television. We watch front line workers and first responders dealing with situations, and the commitment and the courage and everything that goes into that,” he said. “I’m not suggesting that we’re feeling that or living that. But it’s our opportunity … as IT professionals to own some of that responsibility. We’re the ones who are enabling those first responders or front line workers. We’re putting the tools in their hands so they can more effectively deliver the services. That’s something that we’re trying to impart on the team, that same sense of commitment [and] urgency. This isn’t IT for IT’s sake.”

SQUARES has grown during the pandemic to accommodate more users, more than 2,100 VA employees and partners today compared to 1,000 a year ago.

The SQUARES dashboard allows them to see local data, the number of requests, hotspots, which organizations are seeing the most activity and what types of services are being provided or are in most need.

“That’s why this expansion is so important, expanding the footprint of the application,” Guido said. “The more organizations that are using, the more complete that picture becomes.”

The department also made improvements to the SQUARES user interface, allowing VA service partners to access the platform on any device. VA service providers can also automatically onboard more of their own users and give them easy access to the application.

VA uses a low-code Salesforce platform to power SQUARES. Guido said software-as-a-service solutions and low-code or no-code platforms have been the key to delivering, modifying and updating applications, like SQUARES, over the last year.

VA’s Office of Information and Technology has been busy during the pandemic, building new applications or modifying others to respond to an ever-evolving list of needs from employees on the front lines. The department, for example, deployed a chat bot to correspond with veterans about their COVID questions.

The digital transformation center has delivered at least 30 COVID-19 related applications since the pandemic started, Guido said. It modified another 20 to meet pandemic-specific requirements.

“We’re averaging about 92 days to production on the platform, which is very fast compared to some historical, custom-developed-type projects,” he said. “That’s really allowing us to not only get products out in the hands of the users quickly, but also we can then continue to iterate on them and make changes quickly, month over month, as quickly as two weeks or faster if we need to. As policy changes and as situations unfold similar to the COVID-19 pandemic response, we can make those changes on the fly as needed.”

As is the case with SQUARES, sometimes it’s as easy as connecting the dots and pulling previously disparate pieces together to make a difference, Guido said.

“That data was there before. Those legacy systems were there. Those authoritative sources were there,” he added. “But look at the significant or the very meaningful change that that had on that program, just by adding that app. That’s what we’re trying to do, create those connections [and] fill in the gaps where apps add really the most value.”

How VA drastically expanded telehealth during the pandemic 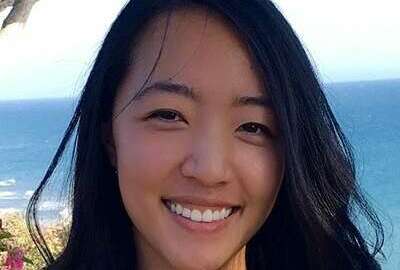 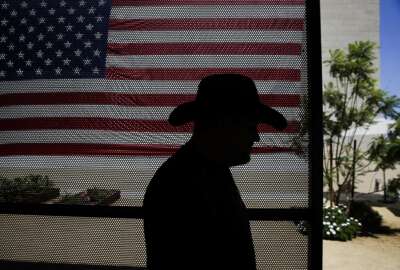