Next month, nearly a year and a half into the Biden administration, Department of Veterans Affairs officials will re-open talks with their union workforce. The talks will be new. The articles in contention have been sticking points for years. Attorney Ibidun Roberts represents the American Federation of Government Employees National VA Council, and she joined the...

Next month, nearly a year and a half into the Biden administration, Department of Veterans Affairs officials will re-open talks with their union workforce. The talks will be new. The articles in contention have been sticking points for years. Attorney Ibidun Roberts represents the American Federation of Government Employees National VA Council, and she joined the Federal Drive with Tom Temin to sort it all out.

Ibidun Roberts: Thank you for having me time.

Tom Temin: And these articles, I mean, what is the status of the contract between this large — it’s a couple of 100,000 employees of VA — and the agency? Are they on an old contract that’s half negotiated? Review for us what’s going on here.

Ibidun Roberts: Sure. So we are still operating on that 2011 contract. So we did engage in bargaining under the Trump administration. There was an imposed contract, however, the membership did not ratify it. They voted it down. And that was right with the timing of President Biden coming into office. And so he issued Executive Order 14003. And the VA agreed to renegotiate — that we would wipe the slate clean, we would not go based on that contract imposed by the panel, and we would start over again. So we are still operating under that 2011 agreement.

Tom Temin: And is the entire thing open for negotiation? Or are you going to try to concentrate on certain contentious articles within the contract?

Ibidun Roberts: Great question. Yes, VA did agree to limit the reopening. So it’s not the whole thing. Only 12 articles are reopened. And so those would be the most contentious, like the discipline article, the official time article, for us the safety article. But there are 12 instead of the 55 articles we have in that agreement,

Tom Temin: Right. So they all agree that they work for VA and get paid. That’s the easy part. So the 12 is the hard stuff. And tell us what you think is at the top of the list for where the real contention is. And we can then talk about whether that contention remains with the new team in place at VA.

Ibidun Roberts: Sure. It seems the biggest issues for the VA are the discipline article. Obviously, they had that Accountability Act passed in 2017, so it looks like they want to bring all the other types of discipline in line with that Accountability Act, which only applied to adverse actions. They’re also interested in official time. It looks like they want to make some serious cuts to official time. And then the other big ticket is midterm bargaining. They appear to want it to only be national, and not local. So some of this is familiar. These are the contentious articles we had even in the prior administration. I think what’s so surprising about it is, when Biden came into office and issued Executive Order 14003 and made it very clear that he wanted agencies to bargain over numbers, methods and means, made it very clear the government is a model employer, and he wants to encourage union organizing and collective bargaining. But it seems the VA still has people some remnants of the prior administration who are not interested in doing that. So their proposals are very similar.

Tom Temin: Interesting. And just tell us more about the details of the discipline article and how that changed under that law that passed a few years back.

Ibidun Roberts: Sure. So the Accountability Act gave the VA an additional disciplinary authority. So it didn’t get rid of the old ones, but it gave them an additional one. And what it did was it truncated, it lessened, the amount of time the agency had to propose to get to the final decision. So it’s all done within 15 days — the proposal, the employees reply and then the final decision within 15 days. In the other authorities, the employee has at least 30 days, it could be longer but it’s at least 30. And then it lowers the burden of proof for review with the MSPB. So those are only four adverse actions, so suspensions over 15 days, demotions and removals. Anything less than 15 days would not fall under the Accountability Act.

Tom Temin: And so the agency, at least as it stands now, wants to expand the group that would come under that act under the 15-day deal.

Ibidun Roberts: Their their proposal seems to once and apply the Accountability Act to every type of disciplinary action.

Tom Temin: And with respect to official time, has the union gotten back its space in VA facilities and what is the status of official time that they have now?

Ibidun Roberts: Yes, yes. So funny enough, we did file a grievance over that and won the grievance on the space issue. But once President Biden came into office and instructed agencies to undo what they did under the prior three executive orders, the VA did agree to go ahead and also return the official time. So people are back in their space now and they have received their official time back.

Tom Temin: We’re speaking with Ibidun Roberts. She represents the American Federation of Government Employees National VA Council. Then, if the agency is proposing the old terms under space and official time, that would seem to be a regression of the proposal versus what is reality going on right now.

Ibidun Roberts: Right, yeah. So they have not opened the space article. So that one is fine. But it is official time that would be a regression from what it is now. It significantly reduces it. And I don’t know if you remember, but under President Trump, that executive order wanted to reduce official time to 25%. No one had more than 25%. And so obviously, Biden said to undo that, but the people on the VA’s bargaining team have proposed 30%.

Tom Temin: Got it. Wow. So yeah. So when you divide the time by the number of employees, the result is very little time during hours that union people can spend on employee issues, and therefore you have people resigning, or leaving or just working at night at home on union issues. And I think that’s what the union, I think wants to avoid. Fair to say?

Ibidun Roberts: Correct. And we think that’s in line with what President Biden has said.

Tom Temin: All right. So who is going to be doing the bargaining? Do you say it’s Trump holdovers, or it seems like an odd situation given that there is a new secretary.

Ibidun Roberts: There is a new secretary. And the secretary, I believe, has been in step with President Biden. However, some of the people under them are still there. So some of the people who were in control of the bargaining previously are still there and are still pulling the strings there. The team is different. It’s not the same team that we had under the Trump administration. But again, there are some similarities. So I’ll give you an example. We had a big issue with travel. When we were under the Trump administration. The VA did not timely provide our travel. Now we discuss making sure the VA had our team early so that we wouldn’t run into those same issues. We gave them our team in September. And believe it or not, we still did not settle travel. We didn’t receive our travel until the legals last week. So we’re in the same position we were in before with the VA. So some of those same little antics are still happening.

Tom Temin: But the people you’ll be bargaining with, are they career employees or are they political appointees?

Ibidun Roberts: No, these are all career employees. So that is different. So yes, one of the differences —one of the, and I think, encouraging differences — is the people on this team are familiar with what labor management relation is. And we did not have that on the prior team. So again, that’s what makes it so surprising that the proposals are similar. They just know how to do it, I guess, legally, unlike the Trump administration would propose things that were illegal on their face.

Tom Temin: In other words, then, there’s the possibility that the bargaining team on behalf of the agency is, as you point out, career employees, they may have similar opinions about how things should be between them in the union — between management and the union — regardless of who the president is.

Tom Temin: All right. So that sets up a dynamic within VA that you really can’t control, because you can’t go to the political people and tell them to tell the senior executives or the people doing the bargaining what to do. That’s outside the union’s purview.

Tom Temin: Right. So when and where does this bargaining take place? And what do you expect the format to be? And how long do you think it could take?

Ibidun Roberts: So right now we’re expecting that it’s going to be at the most two years is what we’re hoping. We’re meeting two weeks on, two weeks off. So that is a grueling schedule. Our first session, we’ll be traveling February 28 for our first session in Phoenix, Arizona. The next one after that will be in DC. And so we’ll alternate the articles that we’re going to open up and discuss and it’ll go from there. But we’ve planned for two years,

Tom Temin: So two years would take you then to 2024. That would be 13 years since the contract that you’re operating under first came into place. That’s right. Well, I’m just gonna leave that one right where it is. Let that sink in. Attorney Ibidun Roberts represents the American Federation of Government Employees National VA Council. Good luck either way. Thanks for joining me. 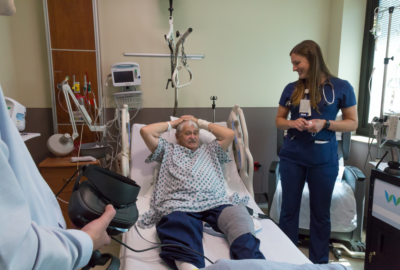 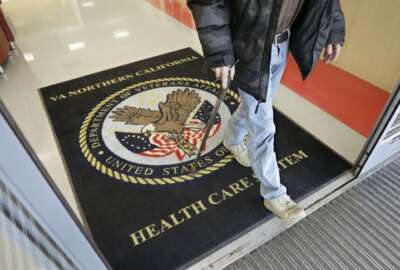