The chief human capital officer of the Office of Special Counsel is filing a whistleblower retaliation complaint against OSC, the agency responsible for protecting federal employees from prohibited personnel actions and investigating cases of whistleblower reprisal.

A Merit Systems Protection Board administrative judge granted Wilson jurisdiction for his case and set a date for a hearing.

This is the first time jurisdiction has been found in a whistleblower complaint from an OSC employee against OSC, according to the Federal Employment Law Training Group. A lawyer from FELTG will represent Wilson, along with former MSPB Judge Stu Miller.

Wilson details four major prohibited personnel disclosures in his affidavit, which he described as “improper, ethically questionable or unfair.”

According to Wilson’s account, he was on track to take on higher leadership positions within the agency, and Lerner and Cohen told him of their intention to appoint him as the Senior Executive Service member over OSC’s Administrative Services Division.

But after Wilson voiced his initial concerns, OSC leadership “changed my job duties, altered my working conditions and created a hostile working environment for my previous protected disclosures and my filing of my two previous appeals under the Whistleblower Protection Enhancement Act (WPEA). They established the new position of chief operating officer (COO) in order to abolish the chief administrative officer position,” he wrote in his affidavit. The chief administrative officer position was the job OSC leadership had reportedly promised him, Wilson said.

Wilson filed his whistleblower reprisal complaints to the Council of Inspectors General on Integrity and Efficiency (CIGIE) in 2015 and 2016. CIGIE issued final decisions on all four matters and no further action was taken.

But Wilson said the retaliation continued. He outlined 16 examples in his affidavit where senior OSC leadership took retaliatory actions against him. Lerner, according to Wilson, has consistently threatened to remove him from office. He has often been excluded from human capital meetings, and the agency has denied repeated requests for more personnel or contractor support, Wilson said.

“All of their actions have resulted in a chilling effect on my ability to do my job properly and/or raise legitimate issues, when necessary, concerning agency business,” Wilson wrote in his affidavit.

Wilson has been with OSC since 2011. He previously served as the deputy staff director for the Federal Election Commission and the director of the Presidential Management Fellows program at the Office of Personnel Management. Wilson said he received performance bonuses for three years at OSC and received other recognition and accolades from the agency before he made his disclosures.

Lerner has been serving in holdover capacity after her original five-year term expired. Leadership on the House Oversight and Government Reform Committee had asked Trump to renominate Lerner as the U.S. Special Counsel.

But President Donald Trump announced his intention last week to nominate Henry Kerner to be the new special counsel of OSC.

Kerner spent nearly 20 years as a prosecutor in California and played a key role on the House Oversight and Government Reform Committee staff. He was also the staff director for the Senate Permanent Subcommittee on Investigations under Sen. John McCain (R-Ariz.), the ranking member at the time.

Kerner most recently served as the assistant vice president for investigations at the Cause of Action Institute, a non-profit oversight group that works with whistleblower and good government entities to expose waste, fraud and abuse.

“Mr. Kerner brings a valuable perspective as a former prosecutor, advocate of government transparency and accountability and as the minority staff director for the Permanent Subcommittee on Investigations,” Johnson said in a statement. “I look forward to promptly considering Mr. Kerner’s nomination and partnering with the Office of Special Counsel to protect and empower federal whisteblowers.”

OSC has gained more prominence within the federal workforce as its workload has increased 58 percent in all areas since 2010. 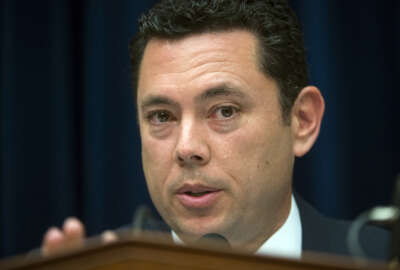 As trust in OSC rises, agency adjusts strategic plan for the future 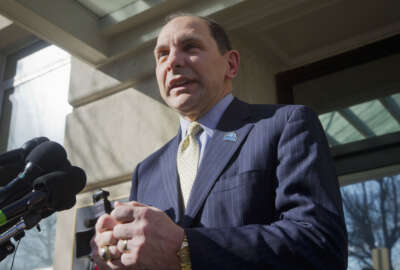