The Office of Personnel Management has tapped two veterans of the federal security clearance process to lead the transition to the new National Background Investigations Bureau (NBIB).

The Office of Personnel Management has tapped two veterans of the federal security clearance process to lead the transition to the new National Background Investigations Bureau (NBIB).

OPM said Onusko and Wilder will lead an interagency team that is charged with reforming the security clearance process and establishing a new federal entity, the NBIB. OPM’s goal is to achieve initial operating capability for the NBIB and appoint a specific director to lead it by October 2016.

In January, the Office of Management and Budget and OPM announced it was standing up the NBIB and working with the Defense Department to design, build, secure and operate NBIB’s IT and cybersecurity systems.

President Barack Obama asked for $95 million in his fiscal 2017 budget request to build these new IT and cyber systems.

The President called for a 90-day review of the security clearance process after OPM suffered a hack that exposed the personal data of more than 22 million current and former federal officials.

The NBIB will replace the Federal Investigative Services (FIS), the organization that currently conducts about 95 percent of federal background checks.

Through the transition team, Onusko and Wilder will develop a plan and timeline to stand up the NBIB.

OPM said in January that the transition team also will ensure the transition aligns with business needs, manage the migration of IT systems to the Defense Department, migrate existing functions, personnel and support structure from the current security clearance organization to NBIB and make sure there is continuity of service during the transformation.

In bringing in Onusko and Wilder, OPM is relying on experienced executives with leadership skills to create the new organization.

At VA, Onusko has served as the executive director of personnel security and identity management since December 2013 where he oversaw a broad technical program to ensure agencywide compliance with laws, regulations and executive orders associated with vetting, identity proofing, adjudication, credentialing, Homeland Security Presidential Directive-12 (HSPD-12) access controls, and continuous monitoring of employees and contractors.

He also spent nine years at the State Department as its director of the Office of Personnel Security and Suitability. During his time at State, Onusko instituted automation and reform in State’s end-to-end security clearance process, including investigative responsibility overseas on behalf of the federal community. He earned the Diplomatic Security Employee of the Year in 2005 as well as his office received the 2006 Office of Personnel Management’s Guardian Award and in 2012 the Director, National Intelligence Award for Security.

Wilder, meanwhile, has worked for ODNI since 2010, including her most recent position in the Office of Legislative Affairs supporting the National Counterintelligence and Security Center (NCSC) as the principal interface to Congress on matters of governmentwide counterintelligence and security initiatives.

Before coming to ODNI, Wilder served as a special agent conducting background investigations for the Defense Security Service, and later for FIS. At FIS, she served as an acting supervisory agent-in-charge and operations and policy analyst, was selected to support such programs as the White House Presidential Transition, Integrity Assurance Recovery to investigate potentially falsified investigations, and the modernization of the investigative processes.

In 2008, Wilder was recognized as the National Agent of the Year and was assigned to support the Suitability and Security Joint Reform Team in the rewrite of the Federal Investigative Standards.

Beyond the OPM data breach, the security clearance process has been troubled for some time, the focus of the last two administrations for improvements.

While the government has made some progress, OPM reported in January through Performance.gov that the security clearance process took longer than the governmentwide goal, and the backlog of overdue clearances grew by more than 3,000.

Agencies also are facing new requirements from Capitol Hill just as OPM is developing the NBIB.

Congress directed agencies in the fiscal 2016 omnibus spending package to include social media in the reinvestigation process. But they still need the go-ahead from the Director of National Intelligence before they can begin collecting and using publicly available information.

Some lawmakers also are concerned about the administration’s security clearance reform plans. 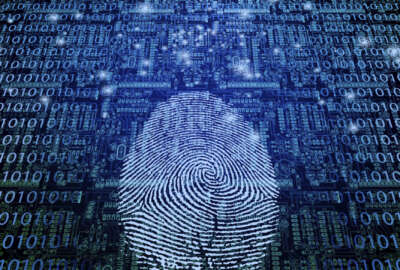 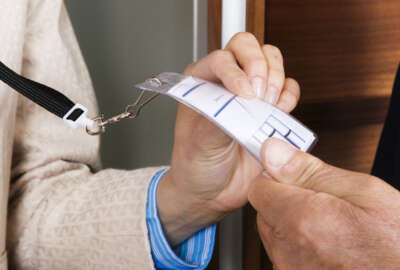