More feds teleworked in 2015 but more employees could be eligible, OPM says

More federal employees teleworked in fiscal 2015, even as the number of workers eligible to use the program remained about the same over the past year.

More federal employees teleworked in fiscal 2015, even as the number of workers eligible to use the program remained about the same over the past year.

“This is a really important target area for agencies with an opportunity to improve participation rates,” Steve Shih, deputy associate manager for senior executive services and performance management at OPM, said during a Nov. 15 Chief Human Capital Officers meeting. “We really need to regularly assess and determine eligibility of positions for telework to be able to have a timely and accurate accounting and universe of all possible positions that are eligible for telework in order to make more progress on participation.”

Yet many agencies haven’t revisited their eligibility requirements since they first launched their telework programs, OPM said.

“As telework policies, capacities and norms have evolved, it is possible that some employees who were previously deemed ineligible to telework could now perform a portion of their work from an alternative location, particularly in emergency situations,” the report said.

About 46 percent of eligible employees used telework on a situational basis, meaning they opted to work away from the office for agency closures or weather events, for example.

Agencies are slowly beginning to improve their telework reporting, a challenge that the Government Accountability Office noted in August. Telework is saving some agencies millions of dollars, but too few departments document the data to support the benefits, GAO said.

The CHCO Council is expected to take up this topic at future meetings, Shih said.

About 31 percent of agencies manually review telework contracts to count participation rates, while 12 percent survey their employees about their use of the program.

These varied approaches to telework data collection is behind some of those challenges, Shih said.

“Often times the data is not necessarily as complete or timely or consistent as we’d like to see,” he said. “We’re taking efforts to shore that area up.”

Employees often misrepresent their own use of the telework program, the report said, and time sheets don’t often align with telework reporting requirements.

OPM later this summer acknowledged agencies’ challenges in reporting telework data and said it would begin to pay closer attention to how agencies are using and reporting on their telework programs.

OPM said it will automate and collect information on federal employees’ usage and eligibility on a biweekly and monthly basis through the Enterprise Human Resources Integration (EHRI) system status data feed and payroll data feed.

“This gets us all on the same page in terms of a method, a process [and] the standard types of data,” she said. “Most importantly … we routinely have conversations about how we can have more visibility and help share information across agencies without continuing to add new burdens on reporting requirements for your agencies.”

Agency managers largely say they recognize the value of the telework program and often use it as an incentive to recruit and retain talent, the report said.

The Securities and Exchange Commission, for example, said it included the telework program in advertising job vacancies.

Other agencies say they realize the positive impacts the program has on their organization’s environmental and real property footprint.

Telework helps the General Services Administration, for example, save $24.6 million in annual lease savings, $6 million in administrative cost savings and a 50 percent cut in energy consumption, the report said. 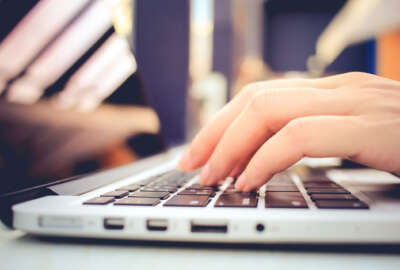 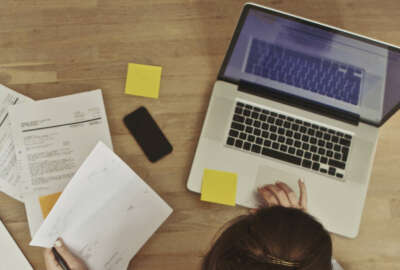