OPM encouraging all feds to become diversity and inclusion ‘practitioners’

The Office of Personnel Management wants to expand the definition of what “diversity” means.

The agency has been meeting with career leaders to spread the message now, with the hope that incoming top leadership will apply that thinking as it hires and trains new employees.

“The goal was to really look at diversity enterprise-wide and not just make it a human capital or personnel management issue,” said Zina Sutch, director of OPM’s Office of Diversity and Inclusion....

The Office of Personnel Management wants to expand the definition of what “diversity” means.

The agency has been meeting with career leaders to spread the message now, with the hope that incoming top leadership will apply that thinking as it hires and trains new employees.

“The goal was to really look at diversity enterprise-wide and not just make it a human capital or personnel management issue,” said Zina Sutch, director of OPM’s Office of Diversity and Inclusion. “We [need to] look at data differently, look at the way we build teams differently, look at the way we train our supervisors and managers in looking at talent and the diverse talent that they have [and] to be able to cross through the silos.”

Sutch’s office has been going out to speak directly to chief human capital officers and chief learning officers.

“We[‘re] bring[ing] ourselves to the table at these different federal agencies to be able to share that message that diversity and inclusion is a more effective and efficient way to get issues resolved more quickly, to be able to leverage the different talents that you have across an agency, to be able to look things a little bit differently as we move into the forward into the fiscal year,” Sutch said.

The administration wants more people to become more interested and involved in crafting a more diverse and inclusive federal workforce.

In 2017, OPM will ask agencies to come together more often to share their ideas and take a deeper dive into their own personnel data.

Part of that effort may come soon. OPM’s Hispanic Council on Federal Employment developed a proposal asking agencies to study their own barriers to Hispanic hiring, but the memo is stuck in the official clearance process, Sutch said.

Agencies typically study their own personnel data to look for workforce trends in race, national origin and gender.

But OPM will soon ask agencies to look at what regions their jobs are located, the population in that region where they can draw talent from and whether prospective Hispanic and Latino candidates are applying and qualifying for their organization’s jobs.

The next step, Sutch said, is for agencies to use this data to inform their recruiting strategies.

Sutch said her office will also focus more on retaining top Hispanic and Latino talent in the coming year.

“Are we creating an environment where Hispanic and Latino employees want to stay?” she said. “Because we can keep bringing people on board, but if they’re leaving because they’re not feeling included and they don’t feel like the opportunities are there or they feel that they’re not part of the team … we can’t do our job in making sure that the federal government is inclusive to the Hispanic and Latino employees that they bring on board.”

Employees who feel that their voices are heard and feel welcome in the workplace often have higher levels of productivity, Sutch added.

Hispanics made up 7.5 percent of all permanent new hires to the federal workforce in 2015, consistent with 2014 numbers.

2015 was the sixth consecutive year agencies made modest increases in Hispanic representation and hiring within the permanent federal workforce. Hispanics represented 8.5 percent of the federal workforce in fiscal 2015, another 0.1 percent bump over the previous year’s numbers.

Sutch acknowledged that the progress on paper “hasn’t been substantial.”

OPM is hopeful that broadening the definition will help more leaders and executives promote diversity and inclusion across the entire enterprise.

“We’re using that word quite often now, because we want people to see this as not just a tunnel, not just a silo [or] in and of itself a human capital initiative,” she said. “This has to be something where everyone sees themselves as a diversity and inclusion practitioner.” 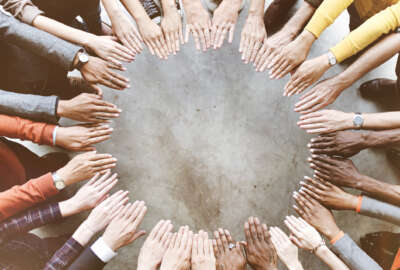 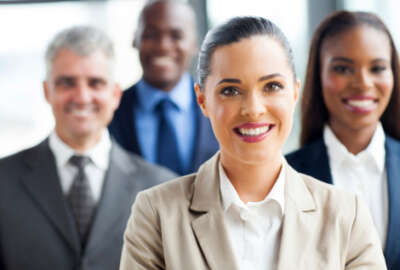