The White House’s postal task force is calling for rolling back collective bargaining rights for postal unions, and is not looking to undo the Postal Service’s obligation to pre-fund health benefits for future postal retirees.

However, in a long-awaited report released Tuesday, the task force, chaired by Treasury Secretary Steven Mnuchin, lacks clarification on steps the Trump administration...

The White House’s postal task force is calling for rolling back collective bargaining rights for postal unions, and is not looking to undo the Postal Service’s obligation to pre-fund health benefits for future postal retirees.

However, in a long-awaited report released Tuesday, the task force, chaired by Treasury Secretary Steven Mnuchin, lacks clarification on steps the Trump administration would take to privatize USPS, as it telegraphed in June as part of its government reorganization plan.

“The USPS’s current business model has become outdated due to changes in technology, markets, and customer needs and preferences,” the report states. “It is unsustainable and must be fundamentally changed if the USPS is to avoid a financial collapse and a taxpayer-funded bailout.”

One of the biggest changes to the Postal Service’s business model the task force recommends is that the Federal Service Labor-Management Relations Act “be amended to apply to the USPS and its employees, and remove USPS compensation from collective bargaining,” which would mean changes to postal employees’ pay and benefits.

“They’re clearly hoping to shift [USPS] to a system whose costs are more easily controlled and are way more predictable,” Kevin Kosar, a senior fellow and the governance project director at the R Street Institute, said in an interview following the report’s release.

Unlike other federal employee unions currently embroiled in a legal dispute with the Trump administration over executive orders targeting their own collective bargaining rights, postal unions collectively bargain with USPS on compensation. In the past, those labor agreements have included retroactive pay increases.

“This is very, very disruptive for cost planning purposes,” Kosar said. “It wasn’t in the cash flow — and boom, suddenly they have to pay more,” Kosar said. “Moving to something similar to like what other federal employees get with the General Schedule or one of the other schedules would put them in a much more predictable situation.”

Like other federal employees unions, postal unions can seek arbitration if the union and the agency can’t reach a labor agreement.

Postal Service employees, according to the task force report, are paid better than their private-sector counterparts. According to Treasury staff analysis of 10-K filings from 2017, the per-employee cost for USPS was $85,800, compared to $76,200 for UPS and $53,900 for FedEx.

Mark Dimondstein, the president of the American Postal Workers Union, expressed concern that the task force’s recommendations would “slow down service, reduce delivery days and privatize large portions of the public Postal Service.”

“This poorly conceived report makes many of its recommendations based on myth and misinformation that instead of improving mail services, would deliver higher prices and less service for the public,” Dimondstein said in a statement.

For all the report’s proposals, the task force doesn’t intend to let the Postal Service off the hook for pre-funding the health benefits of future postal retirees.

“The Task Force does not believe that this general policy should change or that the liability for USPS retiree health benefits should be shifted to the taxpayers,” the report states.

The pre-funding issue has served as the cornerstone of most postal reform bills over the last few years. Most of those bills propose alleviating the pre-funding by requiring postal retirees to enroll in Medicare Part B.

However, the task force does recommend giving USPS more breathing room to make those payments, adding that its pre-funding obligation “must be restructured with the payments re-amortized with a new actuarial calculation based on the population of employees at or near retirement age.”

Sen. Tom Carper (D-Del.), one of the cosponsors of the latest postal reform bill, in a statement expressed concern with the administration “crafting recommendations in secret” for the USPS.

“Again, I am always glad to have more people involved and working to solve this imminently fixable problem, and Presidential leadership could help us finally enact meaningful legislation to bolster the Postal Service,” Carper said “But I believe we need to be working together in a transparent way and building off legislation that is the result of years of hard work and scrutiny to address the Postal Service’s immediate challenges.

Rep. Gerry Connolly (D-Va.), the ranking member of the House Oversight and Government Reform subcommittee on government operations, in a statement Wednesday, said the report would set USPS on a “path towards higher prices, less service, and fewer customers.”

“Instead of engaging in meaningful consultations with Congress, the Task Force produced a report to support and continue the Trump Administration’s unpopular push towards privatizing the Postal Service. A better way forward for the Postal Service is legislation pending in Congress, which has broad bipartisan support and the support of all postal stakeholders,” Connolly said.

“I appreciate the Task Force on the United States Postal System’s commitment to finding solutions to the Post Office’s unsustainable financial path and its recognition of the Post Office’s irreplaceable role, especially in rural areas and small towns,” Moran said. “However, I will continue encouraging my colleagues in Congress to pass our Postal Service Reform Act, which promotes many goals shared by the Task Force and preserves service quality without forcing undue burden on taxpayers.”

Putting USPS Board of Governors in the driver’s seat

Looking at who will administer USPS reorganization, the task force places an emphasis on the Postal Service’s Board of Governors to make long-term business decisions for the agency, as opposed to Postmaster General Megan Brennan.

Paul Steidler, a senior fellow at the Lexington Institute, said in an email that the USPS Board of Governors plays an “essential” role in the reforms outlined by the task force.

However, the nine-member board currently has only two members, and hasn’t had a five-member quorum since 2014.

“Somehow, someway, though there needs to be a fully functioning board as soon as possible,” Steidler said.

However, Kosar said he doesn’t see anything in the report that would give governors the authority they would need to lead a postal reform effort.

While the role of governors resembles the role of a board of trustees at a private company, Kosar said the analogy doesn’t fully pan out.

“What incentive do you have, as a governor, to really keep an eye on the postmaster general, really focus on the bottom line and demand better results? It’s not as if you own stock in the Postal Service and are going to see increased value in the stock,” he said.

Brennan, the postmaster general, in a statement Tuesday, said the Postal Service is currently reviewing the task force recommendations.

“The recommendations contained in the report should be evaluated together with legislative and regulatory reforms to address our urgent financial challenges,” Brennan said. “Reforms are necessary to enable the Postal Service to further reduce costs, grow revenue, compete more effectively, function with greater flexibility to adapt to a dynamic marketplace, and to prudently invest in our future.”

The task force briefed President Donald Trump on its findings in August. The president established the task force through an executive order in April. 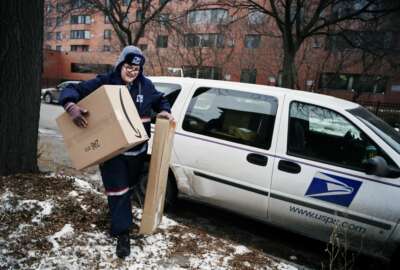