The latest coronavirus guidance for the federal workforce is earning some criticism from both Senate Democrats and the largest federal employee union.

Six Democratic senators wrote to the Office of Personnel Management Friday seeking assurances that federal employees would have additional opportunities for telework, would get paid and wouldn’t be asked to work while sick in the event of a major coronavirus outbreak.

In its most recent guidance, OPM urged agencies to ensure as many federal employees as possible are “telework-ready” in the event of a widespread coronavirus outbreak. OPM also advised employees returning from one of the countries on the State Department’s “do-not travel” list to stay home and track their health for 14 days after returning to the United States.

Previous OPM guidance included details on the wide variety of paid and unpaid sick, annual and weather and safety leave options available to the federal workforce.

“We are deeply concerned that OPM’s preliminary guidance is unnecessarily complex and leaves significant doubt that agencies will have uniform interpretations of how and when to use each of the many different types of potentially applicable leave,” Senate Democrats wrote in a letter to OPM Director Dale Cabannis.

Senators also suggested OPM host webinars and other training on these leave options.

Anthony Marucci, an OPM spokesman, said the agency had received the letter and would respond as necessary.

In addition, the senators worried OPM’s recent guidance didn’t provide the federal workforce with enough assurances about their health, well-being and economic security.

“As we saw during the most recent government shutdown, too many federal employees and contractors live paycheck-to-paycheck and are not easily able to weather disruptions to their income or manage unexpected expenses without dipping into savings or relying on credit,” the senators wrote. “We urge you in the strongest possible terms to issue guidance immediately assuring federal employees and contractors that they will not be asked to choose between their ability to meet their financial obligations and their sense of duty to follow guidance that protects the public health.”

“We urge you to also make clear that federal employees and contractors will not be expected to work while they or a loved one are ill and in need of rest, treatment and/or recuperation — even if they have exhausted all their available paid leave,” the senators said. “We encourage you to issue guidance making this clarification as soon as practicably possible.”

The American Federation of Government Employees urged OPM to go a few steps further, asking the agency to “invoke the broadest possible use of telework” in the national capital region.

“We also request that OPM immediately allow all federal employees throughout the nation who are capable of performing their duties via telework to begin doing so immediately,” Everett Kelley, AFGE’s national president, said in a March 6 letter to Cabaniss. 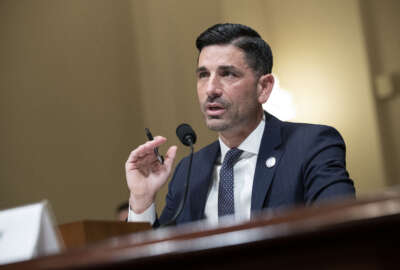