The Government Publishing Office, following in the steps of the State Department, expects some employees to return to the office early next month to continue printing and manufacturing passports.

GPO’s Step One reopening, set for July 6, will focus on resuming the normal workload of the agency’s production and distribution divisions, which include the production of passports and other secure credentials.

The agency will continue using two teams, working under a “week on/week off” arrangement...

The Government Publishing Office, following in the steps of the State Department, expects some employees to return to the office early next month to continue printing and manufacturing passports.

GPO’s Step One reopening, set for July 6, will focus on resuming the normal workload of the agency’s production and distribution divisions, which include the production of passports and other secure credentials.

The agency will continue using two teams, working under a “week on/week off” arrangement that will ensure the agency has “reserve capacity in the event that a teammate gets sick,” the press release stated.

Step One will also allow GPO employees to resume work on “less essential publications that were put on hold at the beginning of the COVID-19 emergency,” according to the agency’s return-to-work plan.

Employees will also stagger shift starts, lunch periods and other breaks to maximize social distancing, but employees who work in the Security and Intelligent Documents (SID) production process can’t stagger their shifts.

However, SID lunch and breaks will be combined, with no more than 16 individuals in a breakroom.

Employees returning to work with have their temperature checked upon entry. Anyone whose temperature is above an acceptable range will receive an evaluation from GPO medical personnel and will get a referral for testing or treatment.

GPO Deputy Director Patricia Collins told The Federal Drive with Tom Temin in an interview that aired last week that the agency had been running on “minimum manning,” but said the agency would ramp up the return of employees to begin printing passport books.

As for the rest of the GPO workforce, she said most employees have had a “very easy go of teleworking for those of us that can.”

“I did all of my onboarding virtually. And our IT department really did a fabulous job of becoming extremely proactive and ensuring that everyone who was telework able could do that. So obviously, our near term goal is let’s get back to work as safely as possible and continue our levels of production that we were pre-COVID. And then long-term is let’s really push toward the digital age,” Collins said.

GPO’s decision to bring employees back to the office came more than a week after the State Department began Phase One of its reopening strategy, which included passport specialists from the Bureau of Consular Affairs.

While GPO will have more employees returning to the office next month, agency director Hugh Halpern said telework-capable employees will continue to work remotely “for the foreseeable future and into 2021.”

“The coronavirus pandemic pushed GPO into perhaps the largest disruption to agency operations since the Civil War,” Halpern said. “The GPO we return to will look different from the GPO we left in March.”

During under Phase One reopening, the State Department will continue to prioritize customers who need a passport in the next 72 hours for a “life-or-death emergency.”

Assistant Secretary of State for Consular Affairs Carl Risch told reporters earlier this month that the State Department has deployed more than 150 employees from other parts of the agency to help deal with a backlog of 1.7 million passport applications that have accumulated since March.

Despite that backlog, John Kaucher, the chief steward for the National Federation of Federal Employees Local 1998, said the State Department hastened the return of passport specialists compared to the reopening strategy the agency had outlined with the union since April.

Kaucher said the tentative plan between the agency and NFFE was that all passport center management would return to the office in Phase 1, which began June 15. Passport specialists represented by NFFE, under this draft plan, would only begin returning to the office a few weeks later.

During negotiations, Kaucher said State Department officials sought to give employees two weeks’ notice before they had to return to the office. But in reality, passport specialists were only given three days’ notice.

Employees received an email from Undersecretary for Management Brian Bulatao on June 8 announcing the start of Phase One, and unlike the rest of State Department employees returning under Phase One, passport specialists returned June 11.

Kaucher said the decision “severely shortened our bargaining time,” but local management for passport centers in some cases collaborated with union stewards ahead of time and put measures in place for the safe return of employees.

“Everyone in passport services, from the deputy assistant secretary on down, understands our position and they’re trying to work with us,” Kaucher said. “The issue has been further up the department, because it was the Undersecretary for Management [Bulatao] who essentially set in process the designation of us as mission-critical employees. And that’s what forced us back to work so quickly.” 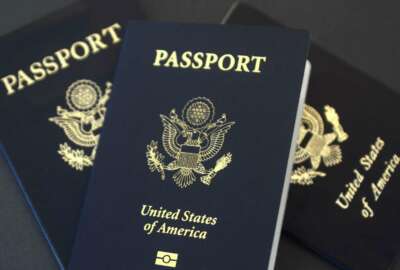