Several agencies have revised their COVID-19 safety plans and have reinforced telework guidance to their workforces in recent weeks, following new mandates from the Biden administration.

The Office of Management and Budget had asked agencies to update and resubmit COVID-19 plans to the Safer Federal Workforce Task Force, which the president created on his first day in office via an executive order.

The task force created a series of frequently-asked questions last week, which encouraged...

Several agencies have revised their COVID-19 safety plans and have reinforced telework guidance to their workforces in recent weeks, following new mandates from the Biden administration.

The Office of Management and Budget had asked agencies to update and resubmit COVID-19 plans to the Safer Federal Workforce Task Force, which the president created on his first day in office via an executive order.

The task force created a series of frequently-asked questions last week, which encouraged agencies to give employees administrative leave to get a vaccine and consider discipline for those who ignore the president’s mask mandate.

Generally speaking, the new plans reflect many of the broad principles that agencies have set during the pandemic but are, in some cases, more detailed or direct.

The biggest change in agencies’ plans stems from OMB’s January guidance, which required agencies to limit occupancy at their facilities to no more than 25% of normal capacity during periods of high community COVID-19 spread.

Many federal employees have continued to telework throughout the pandemic, but several agencies are reinforcing their remote work guidance.

The Justice Department, for example, said it would limit on-site work to positions where it’s necessary, such as law enforcement functions, those who need access to classified materials and anyone performing critical on-site functions.

“All components must, where feasible and consistent with their missions, attempt to operate at the lowest possible on-site workforce presence,” the department wrote in its new COVID-19 plan. “As noted earlier in this guidance, if a component can operate at 5% on-site staff, for example, that is the appropriate level at which to operate, not 25%.”

“EPA has been monitoring building occupancy to ensure that physical distancing is able to be implemented at our locations,” the agency said in its new COVID-19 plan, which it posted earlier this month. “Approximately 90% of the EPA workforce has been teleworking full-time and will continue to telework full time throughout the COVID19 pandemic. EPA will implement a limit of 25% normal occupancy standard, considering the high community prevalence or transmission nationwide.”

Some agencies, including the Office of Personnel Management and the Agriculture Department, said they would give most teleworking employees 30 days advanced notice before requiring them to return to the office.

At EPA, employees will receive advanced notice in writing and a two-week transition period to return to the office, according to the agency’s plan.

Some agencies noted exceptions. Both USDA and EPA, for example, said individual facilities such as laboratories and other spaces may have more employees working on site than the usual 25% occupancy cap and may ask their employees to return within a shorter transition period.

EPA said many of its laboratories have routinely been staffed above the 25% occupancy cap throughout the pandemic, in part, because their employees are doing time-sensitive research on COVID-19, as well as sample analysis for spills, releases and other emergency events.

To monitor occupancy rates at the workplace, several agencies said they were using badging data to keep track as employees entered and existed their facilities.

As for masks, several agencies included clarifications to their existing mask policies. Per Biden’s mandate, all federal employees, contractors and visitors to federal buildings must wear a mask at all times.

Justice and OPM said gaiters and bandanas, in addition to face shields or masks with ventilation valves, are not acceptable face coverings.

Employees can remove their masks if they work alone inside an office with the door closed, several agencies said.

Few agencies had many details on their plans for COVID-19 testing. The Safer Federal Workforce Task Force is supposed to develop a governmentwide testing plan, and many agencies said they were waiting for that guidance.

EPA said it too awaited further guidance from the task force on testing, but it pointed to a pilot program it conducted over the summer with 180 employees who were deployed to a 70-day FEMA mission to help with the agency’s response to wild fires on the West Coast.

“The geographic areas of EPA Regions 9 and 10 had seen high levels of COVID-19 community spread during the rampant wildfires along the West Coast,” EPA’s plan reads. “Quantitative testing, using self-collected COVID 19 test kits, were conducted before, during and after response deployment. A total of 180 personnel were deployed over a 70-day period with 2,152 tests administered. COVID-19 testing provided an effective tool to ensure the agency remained response ready.” 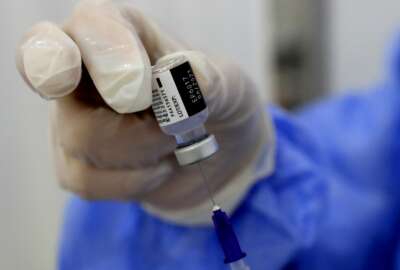 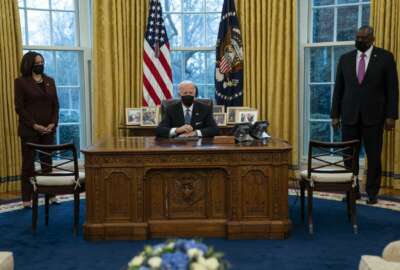 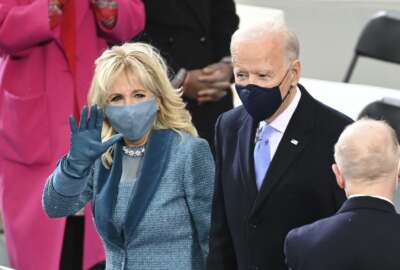