Employees have a few more details about what they should expect if they’re planning to declare a medical or religious exception to the Biden administration’s recent federal vaccine mandate.

Employees who have previously had COVID-19 must receive the vaccine, the Safer Federal Workforce Task Force clarified Monday night in another round of frequently asked questions. The task force had previously made such a statement in guidance to contractors, not federal employees.

The Biden administration didn’t detail exactly what kinds of medical or religious reasons might grant an employee an exception to the federal vaccine mandate, but it did offer more hints about what employees might expect if they pursue that route.

Under the federal vaccine mandate, all executive branch employees must be fully vaccinated by Nov. 22, unless the law provides them an exception.

“Determining whether an exception is legally required will include consideration of factors such as the basis for the claim; the nature of the employee’s job responsibilities; and the reasonably foreseeable effects on the agency’s operations, including protecting other agency employees and the public from COVID-19,” the task force said.

Still, requesting a religious or medical exception doesn’t guarantee an employee a reasonable accommodation from the federal vaccine mandate. The task force said additional guidance on medical and religious exceptions is coming soon.

“There may be circumstances in which an agency determines that the nature of an employee’s job responsibilities requires heightened safety protocols if they are provided with a legally required exception,” the administration said. “In some cases, the nature of the employee’s job may be such that an agency determines that no safety protocol other than vaccination is adequate. In such circumstances, the agency may deny the requested accommodation.”

The task force also included two sample templates in its latest guidance, which are meant to guide agencies as they develop their own forms that employees will use to request a medical or religious exception from the federal vaccine mandate.

In making a medical or religious exception, employees must sign and declare their responses are accurate, according to the sample template.

“Any intentional misrepresentation to the federal government may result in legal consequences, including termination or removal from federal service,” the forms read.

In filing for a religious exception, the sample form asks employees to describe the nature of their objection to the COVID-19 vaccine and explain why complying with the federal mandate would “substantially burden” their religious exercise.

The sample form also asks employees to describe how long they’ve held their particular religious beliefs and whether they’ve received any other vaccine in the past. If they have, employees would have to explain why their religious objections apply to certain vaccines but not others — and whether there are certain products or medicines they avoid due to their beliefs.

To request a medical exception, the sample form asks employees to declare they’re seeking an exemption from the federal vaccine mandate. Their doctor would have to describe the employee’s condition and medical circumstances for which the vaccine might pose a risk or cause a serious adverse reaction to their patient, according to the administration’s template.

The sample form asks for signatures from both the employee and his or her doctor.

Agencies can grant an extension under limited circumstances

Employees should also use the same form to request a delay in complying with the federal vaccine mandate, the administration said.

The task force listed several scenarios where the Centers for Disease Control and Prevention recommends delaying COVID-19 vaccination, and agencies should consider these on a case-by-case basis, the administration said.

Employees, for example, should delay receiving the vaccine until they’ve completely recovered from a known case of COVID-19 and no longer have symptoms, the administration said. Employees who have received monoclonal antibodies or convalescent plasma for COVID-19 treatment should wait 90 days before receiving the vaccine.

If these circumstances mean an employee won’t be fully vaccinated at the Nov. 22 deadline, agencies should require that the individual receive the first dose of a two-shot series no later than two weeks after clinicians no longer recommend a delay.

Employees whose vaccination is delayed must follow applicable masking, social distancing and testing protocols while on the job, the task force said.

The administration’s latest guidance also pointed to recent recommendations from the CDC, which urge individuals who are pregnant, nursing or trying to become pregnant to receive the vaccine. Federal employees can’t delay receiving the COVID-19 vaccine because they’ve recently received another vaccine either, the task force said.

To get a better sense of employees’ interest, agencies should set a date for employees to indicate whether they’re seeking a legal exception to the vaccine mandate, the administration said.

Employees can submit requests after that date, but setting a deadline will allow agencies to “fully understand the effect of accommodation requests on their operations and to seek to ensure timely review of requests for an accommodation,” the task force said.

Employees who aren’t vaccinated because of a legally required exception must follow masking, social distancing and other safety protocols, the Biden administration said. They may be subject to a testing regime, and the task force said more guidance on that topic is coming soon for those who are legally exempt from the federal vaccine mandate.

For those who have their reasonable accommodation requests denied, employees must receive their first dose of a two-shot series no later than two weeks after the final decision was made, the administration said. Those employees must get their second dose within six weeks of receiving the first shot. 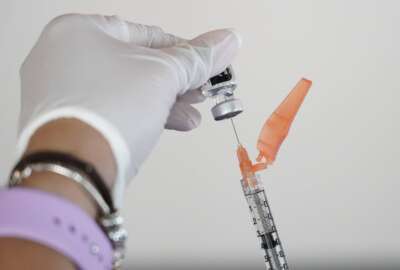 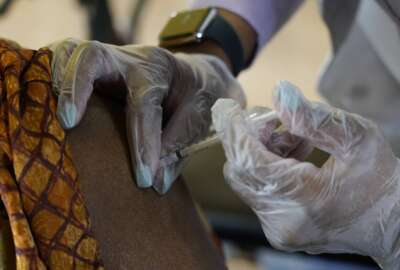 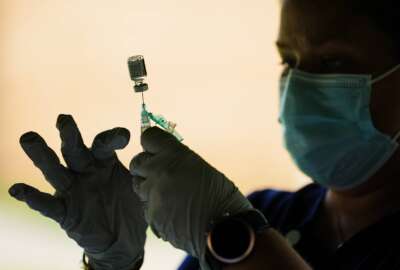 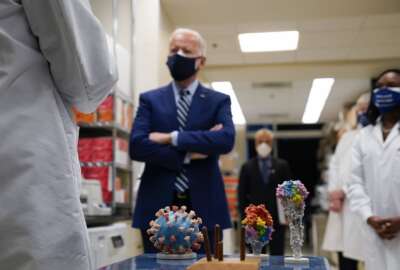