The pandemic has failed to dampen federal employee generosity

Federal employees may not all be in the office for the second holiday season in a row. But your generosity is undeterred by the pandemic. In fact, in the recent giving Tuesday you really shelled out. Both dollars and volunteer hours.  Federal Drive with Tom Temin got the latest from the chairman of the National Capital Region...

Federal employees may not all be in the office for the second holiday season in a row. But your generosity is undeterred by the pandemic. In fact, in the recent giving Tuesday you really shelled out. Both dollars and volunteer hours.  Federal Drive with Tom Temin got the latest from the chairman of the National Capital Region Federal Coordinating Committee, Vince Micone.

Tom Temin: Vince, good to have you back.

Vince Micone: Hey, Tom, it’s great to join the show. And it’s great that we’re in the holiday season once again. And you’re right, we have some really good news. So our Giving Tuesday was phenomenal. So people might recall Giving Tuesday is the Tuesday after Thanksgiving, sort of following on the Black Friday, Cyber Monday, Giving Tuesday, where folks can focus on giving a gift to their community. And in the federal sector in the National Capital Area, we raised about $2.35 million, which ties the most that we’ve ever raised on given Tuesday. So we’re very excited about that. In fact, that entire week, w raised three and a half million dollars and had a record 2000 volunteer hours that were pledged by federal employees, which is pretty amazing.

Tom Temin: Yeah. So that bodes well for the whole campaign, then, which goes what until early January?

Vince Micone: Yes, it goes until the second week of January, where people can contribute after they come back from their holiday vacations and holiday breaks. Right now we’re on par to do as well as we did last year. And last year, we raised 10% more than we did the year before. So again, we’re very excited about that, because of really the impact where the dollars go. You know, I think it really hits home, particularly this week, after hearing about so many lives turned upside down by the tornadoes in the Tennessee Valley in the Midwest. And we understand that CFC dollars are going to go right to work helping rebuild lives and people’s homes and everything. So it really touches our hearts, and is something that’s very important for employees to do.

Tom Temin: I think there’s a couple of dynamics happening in the country at large. One is that there is the savings bubble that people have because they’re not traveling not spending as much. And so I’ve read several stories about the amount of cash people have online. So there’s more available to give. And second, there is the I think widespread understanding that a lot of people are hurting — even now, this late into the pandemic. I saw one TV report the other day that some dinner group each contributed $100 and gave waitresses thousands of dollars in a tip because of how hard the restaurant industry has been hit. Anyhow, do you get that sense that among the federal community there’s that phenomenon going on — more savings and more people in need?

Vince Micone: Yeah, you know, look, our nation’s lost 800,000 people. I don’t know anyone that doesn’t know someone who’s been affected by the impact of the pandemic. And there are a lot of people that are in need. You know, you look just in our community, in the D.C. metropolitan area, homeless shelters are dealing with COVID. They’re also dealing with people who are still hungry and cold. And so they’ve got a lot of balancing acts. They’ve got to worry about their staff, things are more expensive for them right now in terms of the wraparound services that they need to provide in this time. And so the dollars are really having an even greater impact in many of the charities that are in the Combined Federal Campaign National Capital Area. You know, places like the Central Union Mission are serving meals to 62,000 people every day. These are examples of ways that federal employees impact through the CFC charities, like The Union, A Wider Circle, and all the other organizations that are in the campaign.

Tom Temin: And do you get any sense, do you get reports from the other parts of the nation from your perch there, following the National Capital Region campaign? How are the other regions doing? Do you have any sense of that at this point?

Vince Micone: They’re doing well. It’s been a strong campaign nationwide. I’m very proud, though, that we’re leading the campaign. We represent about 40% of all the dollars coming in. And that really talks about the commitment of employees in this community — in the National Capital Region — not only to do their job as public servants, but to contribute back to the community. You know, in this year for the Combined Federal Campaign, it’s a special year because it’s our 60th anniversary.

Vince Micone: We’re asking people to do something even a little bit more special, maybe do 60 and give 60. Do 60 Jumping Jacks, run 60 miles and then pledge an extra contribution to CFC beyond your normal contribution to mark the anniversary. And to mark the importance of it this year.

Tom Temin: We’re speaking with Vince Micone. He’s chairman of the National Capital Region of the Federal Coordinating Committee for this year’s Combined Federal Campaign. And tell us more about the volunteer hours. What did people do and what can they still do to volunteer to help this campaign?

Vince Micone: There’s a broad range of things that our volunteers do — everything from, I just heard a story of some campaign volunteers that are writing letters to kids who have lost parents or family members during the pandemic. We have a number of volunteers that have gone into, in a socially distanced way, work in food banks in our community to help sort food that goes to families. One of our staff members has helped yield, I think, 10,000 pounds of potatoes in Pennsylvania to help support charities. So these are all things that individuals have done, and those are only few of the stories that I’ve heard. There are some agency activities that are pretty fun that are generated interest in more volunteer hours. You know, Tom, some people are doing some of the things like you did with your charity ride this summer that I read about, where you raise money for FEAA and for a friend and patients at NIH, you know, and it’s those individual contributions, those activities that really touch people’s lives.

Tom Temin: Alright, and what events might be planned yet in the season? I mean, here we are, not quite Christmas, it sure comes on fast every year doesn’t it, though. But we are still in the height of the holiday season.

Vince Micone: It sure does. So right now, really, our efforts are reaching out to employees in holiday parties, many of which are virtual, just to remind them about the Combined Federal Campaign. And then we’re going to have a big push when we get back after New Year’s to remind people for end-of-year giving opportunities if they’d like to make their final pledges.

Tom Temin: Alright, what else do people need to know? What do you sense in the distribution of the charities being chosen by federal employees? Do you have any sense of that?

Vince Micone: We don’t hear that till February or March, really. We have about 5000 charities that are local in the campaign and in additional national and international charities. And to be very honest with you, Tom, I can’t remember what the spread was last year of one thing that we’re encouraging is charities right now in the National Capital Region to actually join the campaign so that federal employees who are interested in them can contribute. We’re in a two month process right now where charities can sign up and be a part of the campaign and benefit from the generosity of federal employees. So that’s one of our focuses right now, so that there’s more opportunities for people to give next year.

Tom Temin: And you vet the charities, right? People that give to them can be confident that these are legitimate charities that aren’t taking trips to Bermuda on what gets contributed.

Vince Micone: That is correct. One of the benefits of the Combined Federal Campaign is we all do all the heavy lifting as federal employee volunteers. We vet the charities, we review them every year, we make sure that they are 501(c)(3)’s. And we publish information about the amount of money they spend on oversight activities. So people can see that, when they go to our website, givecfc.org — really easy, givecfc.org — where you can learn more about any charities, you can sign up to volunteer or you can make your contribution.

Tom Temin: And you must be getting good signals from the administration, because we should point out that you have a day job elsewhere in the federal government, as do all of the agency individual coordinators, and they have to get leave from the agency to undertake some of these activities on, let’s say, company time, to some degree.

Vince Micone: We’ve had great support, for many, many years, for the activities that we do with the campaign. I know my agency, Commerce, is fantastic. There’s a level of enthusiasm this year. We had the vice president give remarks at our campaign opener this year, virtually. So we really had a tone that this is a priority to reach out and serve our communities, not only what we do as public servants, but through the CFC.

Tom Temin: Alright, so there’s still time to dig deep then isn’t there?

Vince Micone: There is it’s easy to give, you have the flexibility to give to the charities you want. It’s secure through our system. And you know, frankly, one of the cool things this year, our app is working really well, our mobile app that you can get in any one of the stores. And we’re finding that tons of people are giving that way. So we’re really moving to also eliminate paper. So we’re becoming a green campaign as well, in terms of giving people the opportunity to give.

Tom Temin: Vince Micone is chairman of the National Capital Region of the Federal Coordinating Committee for this year’s Combined Federal Campaign. Thanks so much as always.

Vince Micone: Thank you so much, and hopefully we’ll have you join our award ceremony this year. And we can talk a little bit about your fundraising efforts that you’ve done and how important those are as well.

Tom Temin: Okay, well, we’ll leave this interview for your case, but I will take any opportunity to get mine out there later on closer to our event. 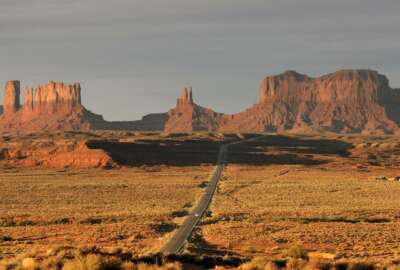 The pandemic has failed to dampen federal employee generosity 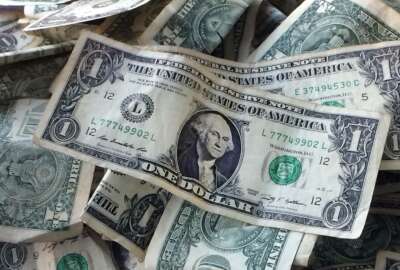 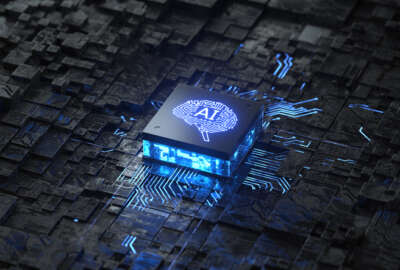