What exactly is today’s status of the vaccine mandate in the federal space?

You might be forgiven if you find the mask mandate confusing. It’s been challenged in a dozen courts across the country. This as the latest COVID variant pushes back any large scale return to the federal office. And Friday the Supreme Court heard arguments on the yes-or-no debate. D.C. federal employment attorney John Mahoney joined the Federal...

You might be forgiven if you find the mask mandate confusing. It’s been challenged in a dozen courts across the country. This as the latest COVID variant pushes back any large scale return to the federal office. And Friday the Supreme Court heard arguments on the yes-or-no debate. D.C. federal employment attorney John Mahoney joined the Federal Drive with Tom Temin to sort it out.

Tom Temin: John, good to have you on.

John Mahoney: Thanks, Tom. Appreciate it.

Tom Temin: What is the status of the mandate now? I guess it’s different for contractors — federal contractors — than it is for federal employers. And what are the courts doing so far?

John Mahoney: Well, the Supreme Court argument on Friday dealt with two aspects of the vaccine mandates. Number one, the OSHA emergency temporary standard, which would apply to all private sector employers with more than 100 employees, as well as the Centers for Medicare and Medicaid Services interim final rule that would require vaccinations for most healthcare workers and facilities that receive Medicare and Medicaid reimbursements. Those are the only two vaccine mandate cases that are going to be heard by the Supreme Court on Friday. And they deal with whether the various stays that have been put in place with regard to those two mandates, by lower courts in various circuits in the United States, should be upheld. So the current status, as of Friday, of the OSHA rule is that it is enforced. It is enforceable and it is in place right now. And some private companies are seeking to stay that vaccine mandate. The Centers for Medicaid and Medicare Services vaccine mandate has been stayed, and is not enforced currently in the United States, at least in the circuits where they have issued district court decision staying there. So the issue before the court right now is whether those various stays, one way or the other on those vaccine mandates, should be upheld. The fact that the court has taken the stay issue so soon in the process before any courts of appeals that really ruled on the legality of the underlying mandate really tends to show that the court recognizes this as a major public health issue across the United States, both in the federal sector and in the private sector. And it’s stepping into the mix much earlier in the process of litigating these issues, then as normal.

Tom Temin: Right. That means, then, we won’t have to wait til June for what it decides.

John Mahoney: Exactly. So hopefully what will happen is, if the court finds that the vaccine mandates are constitutional in a stay proceeding, although it’s not a marriage decision, it would likely inform the future litigation in the cases. So most likely this, you know, the Court’s decision in these matters could ultimately end the debate as to whether vaccine mandates are illegal or illegal on the federal level. So hopefully, you know, in my view, I’m hoping that they uphold the vaccine mandates in terms of their legality and constitutionality, so that we can better fight this global pandemic.

Tom Temin: And for federal employees who are under the mandate from the administration as employees of the government, that is still in place and there’s no legal challenge that’s had any traction there?

John Mahoney: That is correct. Yes, it is required that federal employees be vaccinated under the executive order that applies to federal employees. Now, the one that applies to federal contractors has been stayed by these lower court decisions. But that issue, the federal contractor issue is not currently before the Supreme Court and the cases that are going to be heard on Friday.

Tom Temin: Yeah, so then for the market that we’re in, the federal employees and those federal contractors that might have their employees on-site at the federal government, then, should just kind of tune out the noise about the OSHA and CMS rule, and understand that they still have the mandate. Fair way to put it?

Tom Temin: We’re speaking with John Mahoney. He’s a D.C. attorney who specializes in federal employment issues. And have you had any cases? I mean, you represent sometimes companies, sometimes federal employees, and have any employees had any success in trying to get an exception to the mandate? We understand is that there’s been no real religious or other medical grounds avoidances on any kind of large scale.

John Mahoney: That is correct. The OSHA rule does allow for both religious and medical exemption. But we have not seen a large number of successful cases that have either secured a medical or religious exemption to the vaccine mandates. And frankly, I think that’s proper. I can’t understand a religious or majority medical reason to exempt people or federal employees and federal contractors from the vaccine mandate, because ultimately the mandates are in place to provide public safety to other federal employees and other federal contractors in the federal agencies, as well as members of the public who visit federal agencies and federal facilities. So the EEOC and OPM have not granted any across the board exemptions, either on a medical or religious basis.

Tom Temin: That means there’s no possibility of sort of a class action approach where everyone joins on with the same religious or medical exemption. Maybe that’s why they’ve been turned down, just to avoid copycats?

John Mahoney: Yea, I think so. I think ultimately, you know, although under EEOC precedent one could seek a reasonable accommodation against a workplace mandates such as this one if they can prove that it has an impact on the abilities of the person to perform the duties of their job. But ultimately if the agencies can show that any such exemption in this case would rise to the level of an undue burden or a substantial health and safety risk to people in the workplace, then the accommodation doesn’t have to be granted either way. So I don’t think that you’re going to see very successful challenges on either religious or medical grounds to the vaccine mandates.

Tom Temin: And what do you expect to happen when and if people do return — the 40% or so people that are teleworking now, home working — want to return to the federal office? Do you anticipate this will be free of conflict where somebody will be running to the John Mahoneys of the world?

John Mahoney: Yeah, well, first and foremost, I have turned down many federal employee cases over the last six months, where people are seeking exemptions from the vaccine mandates. I, as a personal matter of conscience, am not taking those cases because I disagree with the premise that people should be exempted from a public health mandate that deals with a deadly pandemic. So I’ve turned down many cases that have come in the door since September, from federal employees who are trying to seek medical exemption or religious exemption. I just won’t take those cases.

Tom Temin: What about when there is a conflict between local mandates, and, I guess, whether there are state and local conflicts jurisdictions within a state? But sometimes people are listening to conflicting rules, depending on where they live and work.

John Mahoney: Sure you’ve got state mandates, you’ve got local mandates, you’ve got city mandates in the case of New York City, for example. Then you’ve got the federal overlay mandates that we’re talking about. And for the most part, so far, the courts have upheld the legality or the constitutionality of the mandates at various levels.The Supreme Court has previously ruled that states can be required to implement mandates, and citizens of states are required to follow the mandate. You know, so far the courts have been supporting the executive decisions to enforce these mandates.

John Mahoney: Well, certainly there is still the issue of ongoing disciplinary actions against federal employees for failing to comply with the vaccine mandate. I think in terms of reasonable accommodation or medical exemption, I think the easiest one that does not rise to the level of an undue burden for the agency’s mission is to secure telework, which you know, is in place for most federal employees anyway. The cases that are going to be really particularly of interest will be those where the person’s job prevents them from performing it on a telework basis, but yet they are seeking medical or religious exemption from the mandate. We’re going to see how those cases work out, but so far, mandates are in place and the federal government and federal employees and federal contractors need to follow them by getting vaccinated as soon as possible.

Tom Temin: Well, let’s hope we’re in a different place this time in 2023. Attorney John Mahoney specializes in federal employment issues. Thanks so much for joining me.

John Mahoney: Thanks, Tom. Have a great day. 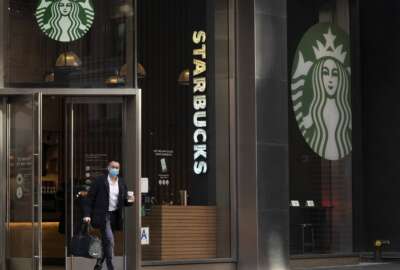 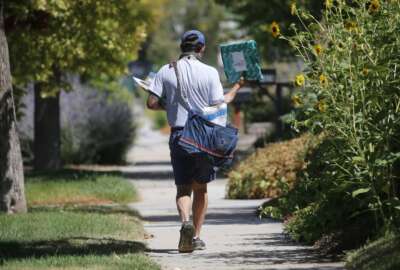