President Joe Biden took note of this accomplishment in April, when he signed Postal Service Reform Act, adding that the agency “stepped...

President Joe Biden took note of this accomplishment in April, when he signed Postal Service Reform Act, adding that the agency “stepped up” to meet a daunting task.

“Impressive turnaround for an unprecedented task, and it’s continuing truly heroic service that they provided throughout this pandemic,” Biden said.

While the rollout of this operation has won praise from the administration and the public, USPS behind the scenes went to great lengths to make the program a success.

Postmaster General Louis DeJoy, in an interview last month, said USPS Chief Customer and Marketing Officer and Executive Vice President Steve Monteith led some of the early discussions with the White House and other agencies.

“We often get calls about different things that different agencies want to do, but this time, the White House was involved,” DeJoy said.

As these talks took focus, however, DeJoy said he got involved, and joined a call discussing the program about two days before Christmas.

“At that particular point, I really got a quick understanding of how the momentum behind actually doing it was,” he said.

However, the plan at this stage didn’t fully reflect what the Biden administration actually put into practice.

The initial model being discussed — outsourcing the work to a third-party contractor — was not going to work given the timeline, DeJoy said.

USPS, in preparation for its peak holiday operations, acquired 50 facilities to handle a massive volume of packages — a key difference in planning compared to the year prior.

These annexes were oversized and strategically located around the nation. But the USPS workforce had never done package fulfillment work like this before.

“We had never done picking and packing and order management and so forth within the organization to that extent. That was my whole prior life,” DeJoy said.

The more immediate challenge was bringing everyone back from their holiday vacation plans to develop a new website to accept orders, and then prepare the USPS delivery network to deliver COVID tests.

“My CIO was on vacation, and I called her and she came in, and we went to town on it over two-to-three weeks, designing, changing, fitting these new facilities in between our mail processing plants and our delivery units,” DeJoy said.

USPS Chief Information Officer Pritha Mehra, speaking on May 24 at the Amazon Web Services Summit, recalled the gist of that phone call from DeJoy, and the scope of the agency had to do: deliver half a billion COVID-19 tests by mid-January.

“Mr. DeJoy does not shy away from a mission, especially a mission that’s critical,” Mehra said.

That left three weeks to design and stand up an entirely new line of business from end-to-end, and develop a website that could handle millions of orders an hour.

“We’re very proud of what happened next,” Mehra said. “We’re all gloating and gleaming, and rightfully so.”

Mehra said USPS at first didn’t know how many orders it would receive per hour, or how many concurrent orders the site would have to process.

Out of an abundance of caution, USPS built the site to support orders for 20 million test kits an hour.

“We’ve never done anything like this before, but it was very daunting. That’s a true nightmare that I did have: ‘CIO delays COVID test kit distribution, because the website is down,’” Mehra said.

USPS, however, didn’t start from scratch on this effort. Its main website USPS.gov ranks consistently as one of the federal sites with the most web traffic.

“We first looked at our own postal store, which is our storefront for which you can order stamps and shipping supplies. We geared it up, we kept throwing servers at it — hundreds of servers, I’m not kidding you,” Mehra said.

USPS also partnered with the U.S. Digital Service (USDS) to provide the digital infrastructure for COVIDTests.gov.

Mehra said USPS was testing critical components, even before the website was ready. At its peak, COVIDTests.gov accepted 10 million orders an hour and 54 million orders over the first two days.

“We were rocking,” DeJoy said, adding that USPS received orders for 42 million tests in the first six hours of the site accepting orders. About 60% of tests were delivered within a day, and 90% within two days.

Once an order is placed on COVIDTests.gov, the site checks whether the address is valid, and checks the name to ensure the customer hasn’t already ordered more test kits than allowed. That order then goes to the inventory management system.

Cartons of pallets containing kits went to the nearly 50 regional fulfillment centers. At its peak, 18.3 million tests were received a day.

USPS, in addition to sending completed test kits out for delivery, also had to bring thousands of truckloads of materials, including rubber bands and bubble wrap, to the fulfillment centers.

“A rubber band that holds bubble wrap on top of the package is as important as the test kit itself is to ship,” DeJoy said. “You know what’s it’s like to print 5 million labels a day? That’s a business in itself,” DeJoy said.

Employees were also trained on a standardized kitting and labeling operation. The American Postal Workers Union signed a memorandum of understanding with USPS management that allowed postal clerks to fulfill and label packages containing COVID tests.

An APWU official said in January that the union would represent up to 7,000 temporary workers as part of the bargaining unit during the pilot. Mehra said USPS trained 2,000 employees in a week on the kitting and labeling

While DeJoy credited HHS, the White House and the Defense Department as having a critical role in the COVD test rollout, he said USPS was the “nuts and bolts of the whole fulfillment and delivery.”

“We rocked it, and it’s still moving right now. It’s a different place because of it. People really got to understand the precision of this type of fulfillment. This was as commercial as you can get, in terms of a standard of performance, and a span of service,” DeJoy said. 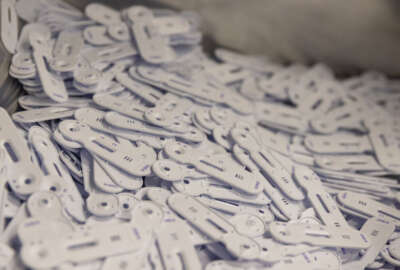 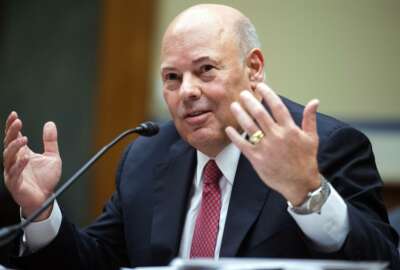 DeJoy: USPS in recovery but ‘uncomfortable changes’ still to come under reform plan 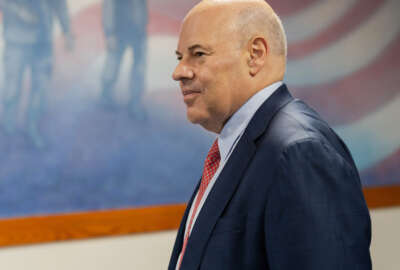