You have heard their interviews for months here on the Federal Drive. This evening, Sept. 20, 2022, this year’s Service to America Medals recipients will be honored in Washington at the Kennedy Center. Federal Drive host Tom Temin, who interviewed 14 Sammies finalists, had one more interview in him: this one with Max Stier, the President and...

You have heard their interviews for months here on the Federal Drive. This evening, Sept. 20, 2022, this year’s Service to America Medals recipients will be honored in Washington at the Kennedy Center. Federal Drive host Tom Temin, who interviewed 14 Sammies finalists, had one more interview in him: this one with Max Stier, the President and CEO of the Partnership for Public Service. Stier joined the Federal Drive with Tom Temin.

Tom Temin: Max, always good to have you back.

Max Stier: A great pleasure. Thank you for all the great work you do to promote amazing public servants.

Tom Temin: Well, they’re my favorite interviews of the entire year, to be honest, and no slight to the other people who have been on the show, but they’re always fascinating. And I’m struck this year by the degree to which international happenings and events affected the federal workforce and the federal Sammies recipients, not only the pandemic, but also upheavals, such as Afghanistan really impinged on the awards.

Max Stier: Yes, I mean, I think you know, one of the more important changes we see in our world is the way that we’re so interconnected. And for government to address big problems, the government has to work not only across the different agencies collaboratively, but with different sectors and focused on global issues, as you say, whether it’s, you know, external wars or health issues, like the pandemic, or climate, or even our economy and supply chains, it’s all one integrated system. And federal employees are at the front lines, making a difference where the issues are. And now that happens to be things that affect us globally.

Tom Temin: And sometimes humankind can forget how much it hates one another. And we all look up to the heavens in awe. And that was the case from pictures coming back from the James Webb telescope, launched at last, functional at last. And that got us our Federal Employee of the Year.

Max Stier: Absolutely. It’s unbelievable. And I think that is a word sometimes overused, but not in this instance, Greg Robinson is the Federal Employee of the Year. And as you just noted, he’s the gentleman most responsible for getting that telescope up and looking into our past and telling us where we came from as a universe. It’s extraordinary, the images are amazing. And what they’re teaching us already about how our universe came about is extraordinary, really, game changer. And he did it. You know, he took a program that was behind and both time and money and got it done, which is quite exceptional.

Tom Temin: And I really enjoyed my conversation with Dr. Clifford Lane from the National Institute of Allergy and Infectious Diseases. He did some work a long time ago with something that, in many ways, totally changed how we approach public health, how we feel about one another, even some cultural changes as a result of the fact that HIV/AIDS is now under control, at least in the United States, well understood and manageable. And he also got one of the top awards.

Max Stier: Absolutely, again here four decades of service at NIH. And as you noted, Clifford Lane has been involved in research that has been fundamental to HIV/AIDS, to addressing Ebola, to the COVID-19 issues, pretty much every health emergency that we faced over the last four decades, his oar has been in the water and making a big difference.

Tom Temin: And a couple of years ago, I think you instituted the People’s Choice Awards for the Service to America Medals. And tell us about that recipient and how that award comes about.

Max Stier: Yes, absolutely. And our theory, we have an all star group of judges to determine the winners of different awards and we decided to open it up and crowdsource. And so we created the People’s Choice Award. We have Joshua Josa, who is at USAID and really been an exceptional change agent in helping other countries provide educational opportunities to really thousands of children who have disabilities. And he was selected. And I think there were over a 68,000 votes cast. Hopefully your listeners will jump on for 2023 I guess we’re at now.

Max Stier: And yes, it’s hard. I was thinking myself, where are we? But yeah, he’s an exceptional public servant, and well deserving of the recognition.

Tom Temin: And just one more of the many I wanted to mention, often the Sammies just get down to great work in the nuts and bolts of day to day government. And that’s why Barbara Morton from [the Deparmtent of Veterans Affairs] got the Management Excellence Award. Tell us more about her.

Max Stier: Yes, no, it’s so important. You know, I think one of the things that you learn is that, really, in order to be able to serve the public better, you have to actually run your agency better. And that’s what Barbara Morton has done in terms of improving access and customer oriented culture, to veterans for benefits, and there’s been real change at the VA, it’s really been impressive to see over many years customer experience has been improving for good reason, and that is that there has been significant investment. And there been people foremost among them, Barbara Morton, who has been focused on it and leading the effort to do their jobs better and to serve veterans in a much more effective way.

Tom Temin: Well speak to her for just two minutes and you’ll know why she’s the best person for that particular job. We’re speaking with Max Stier, President and CEO of the Partnership for Public Service. And let’s talk about this evening’s gala. You’re at the Kennedy Center, I guess for the second year and what can attendees expect tonight?

Max Stier: A great time, one of the things that you noted that these are your favorite interviews, this is my favorite evening like you can’t help but be wowed by the extraordinary public servants that are being recognized. And as you noted, this is the second year at the Kennedy Center. There’s something special about that and appropriate given President Kennedy’s focus on public servants, we will also have a digital film of 60 minutes that will be broadcast on Bloomberg TV and across all sorts of social media platforms in November. So our goal here is plainly to recognize amazing people. And to share those stories, the American public generally thinks about government as the bickering politicians, rather than the career civil servants who are really making an enormous difference for them, and frankly, for the world. And we need to change that. So when you think of the government, you think about these people, because they’re really the core of it, rather than the fighting in Washington. So that’s our intent here, we need to get these stories out and hope that all of your listeners will spread the word and also look for great nominees for 2023.

Tom Temin: And I’ve been attending Sammies awards, since they took place in Union Station with a couple of hundred people. This goes back some years now. But one thing you’ve always been able to do is get the involvement of high level and often politically appointed members of the administration of the government to kind of lend their weight to all of this, who’s going to be there tonight?

Max Stier: Again, the all stars are the civil servants being recognized, and the political leadership of our government will also be there, the second gentleman will be there, Secretary of the VA will be there. We’ve got a good set of I think something like 11 deputy secretaries who will be there, some presenting the awards, I will know we also have the president of the Ford Foundation, Darren Walker, who’s really quite exceptional receiving our private sector award and Raj Shah, the president of the Rockefeller Foundation, who will be questioning him on stage. And then Michael Lewis, who is a big fan of public service and enormous supporter of the partnership will also be in attendance. It really is a great group of people who are there because they recognize how fundamental these people are to our health, safety and welfare.

Tom Temin: All right. So as you mentioned, we’re already into 2023. What happens next for next year’s Sammies?

Max Stier: So we go through this process again of looking for incredible stories, anybody can nominate a federal employee super easy to do just go into servicetoamericamedals.org, you know, self-nominations. But otherwise, if you know of a great fed, don’t think about whether they are going to win, just nominating them is a vote of confidence in them and is a nice thing to do. So we will begin that process of finding the great stories and then recognizing them again, one of the things I’ve learned after doing this 21 years is that there really is an extraordinary well of talent, and of impact that’s taking place recognizing these folks both will increase that flow but also make their work better known and that can have a huge impact, too. 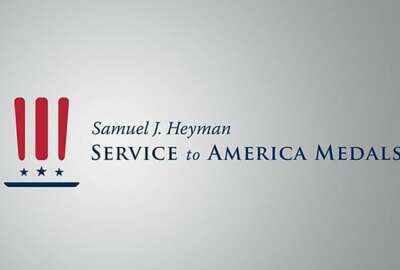 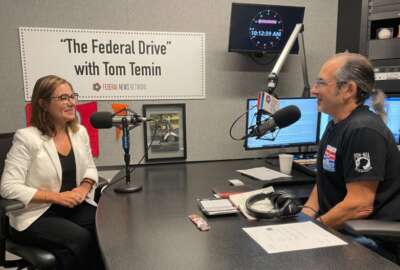 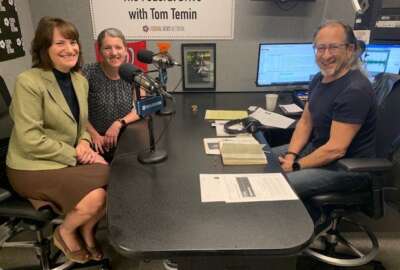