For the Taliban-overran Afghanistan following the American pull out, tens of thousand of Afghans who had helped American forces, they had to flee. They came here. Today’s guests responded to a sudden need for transportation, housing and other aid. Their State Department team are now finalists in this year’s Service to American Medals program. Two of them...

For the Taliban-overran Afghanistan following the American pull out, tens of thousand of Afghans who had helped American forces, they had to flee. They came here. Today’s guests responded to a sudden need for transportation, housing and other aid. Their State Department team are now finalists in this year’s Service to American Medals program. Two of them joined the Federal Drive with Tom Temin  in studio: Director of State’s Refugee Processing Center Hilary Ingraham, and Domestic Resettlement Chief Holly Herrera.

Tom Temin: And the third award recipient, by the way, is program officer Kiera Berdinner who could not be with us this morning. And let’s begin at the beginning. Situation was happening, and your award certificate says that you stepped into this fray to try to help these people. Did you step in or who called you and said hey, you got to do this, Hilary?

Hilary Ingraham: So we were initially called in in July of this past summer and it was when Afghan SIVs first started to be evacuated and come to Fort Lee, Virginia, to be able to have final immigration proceedings and then resettlement. And about one week before the first flight was set to arrive, my boss Larry Bartlett asked me to go down to Fort Lee, Virginia, the next day to be able to help DoD start planning for Afghans to arrive at the base and put together a process so we could resettle them off the base. I went down the next day, ended up staying there for about a month, and then after that Kabul fell and we started preparing for tens of thousands of Afghans to come.

Tom Temin: They have to live somewhere. I mean, that’s the initial thing, a place to put them outside of military bases. So my impression is that this involves a lot more than federal agencies, probably the local state, I don’t know, housing agencies. I mean, how does this all work?

Holly Herrera: It was a huge effort. There really were many levels of coordination. I think at the first level, and the beginning of this was the federal agencies. We really stood up a very holistic interagency effort. So we worked with FEMA, we worked with Department of Homeland Security, Department of Defense, Social Security Administration, Health and Human Services, and of course, the State Department. And we stood up a resettlement branch. And we all worked together in order to determine how we could put in place the right structure, innovations, resources, programming in order to make this successful.

Tom Temin: And you went by that pretty quickly, set up a resettlement branch. That’s no trivial task in the federal government. Did you have office space funding, kind of support staff that you might have needed to get this done?

Hilary Ingraham: So initially, DHS led the federal response and FEMA stepped in. We set up a unified command group. Bob Fenton was the lead of that. But we saw that the resettlement piece of this, trying to move 4,000 Afghans and resettle them to local communities across the country per week was monumental. And there was no way that we could do that without a huge interagency team. And so we put together this proposal for a new org structure, a new group of interagency volunteers, all federal workers who could work together in this resettlement branch. The first version of the org structure was really rough that I sketched out on a piece of paper, and then we were able to get the approval of different agencies to bring their staff to be part of that. HHS gave us space, we were in the basement of one of their command centers for many months pulling this off.

Holly Herrera: Yes, they were part of the resettlement branch. And in fact, I will be going later on today over to the resettlement branch, which still exists over at HHS. HUD has representatives there either on site or virtually. And they worked closely with us in terms of trying to identify housing resources for these Afghans who are arriving into the country, in locations across the country and various communities.

Tom Temin: I imagined that particular detail is sensitive because some HUD-controlled housing or state authority controlled housing ain’t so great. And it’s not necessarily where you’d want to put people freshly in the country, bewildered and bedazzled by the sudden change in their situation.

Holly Herrera: Well, HUD is just one of the resources that we use, and I wouldn’t want to speak for HUD’s housing. However I will say that even though Afghans were being very strongly considered and the resources that we could all bring to bear, they are still in the same lines as Americans are. There is not a preference given to Afghans in terms of getting into HUD housing, because there are waiting lists around the country for this housing. And it’s a variety of housing. But in terms of the majority of housing that needed to be found for these Afghans, as Hilary said, 4,000 a week arriving and communities across the country in the midst of a housing crisis nationwide. There were a variety of factors. We had a great deal of community support for this population. We always have had that for refugee populations, but given the high profile, the connection that we have with these Afghan allies, there was just an overwhelming level of support.

Tom Temin: So NGOs and maybe community organizations, religious associations, they were also part of this?

Holly Herrera: Very much. So we work with nine resettlement agencies that have over 300 partners and affiliates around the country. They swung into action over night, and they were able to step up and resettle, this number of Afghans is almost 72,000, in a period of five months, with very little notice, coming directly to them from these bases around the country, in a size and a scope that is just unprecedented for the program.

Tom Temin: What a nation we are, sometimes. We’re speaking with Holly Herrera, she’s the Domestic Resettlement chief, and with Hilary Ingraham, the director of the Refugee Processing Center, both of the State Department. Both are finalists in this year’s Service to America Medals program. And just from a personal standpoint, this sounds like something that was stressful and round the clock for you. What was it like?

Hilary Ingraham: It was both the most challenging experience of my professional career as well as the most rewarding. The first couple of months after the evacuation, we would have calls every single night with our State Department folks at each of the bases, literally 9 p.m.-10 p.m. every night, seven days a week. And it was a 24/7 operation. But the ability to be able to step in, provide this support and help Afghan allies. So many of these people worked for the U.S. government or affiliated with the U.S. government, U.S.-based NGOs overseas and be able to help them resettle to communities was an opportunity I’ll forever be grateful for.

Tom Temin: And is there any kind of follow up monitoring to make sure that where they ended up is a good place for them that they’re thriving and so forth? Do they plan mostly to remain in the United States, Holly?

Holly Herrera: Yes, now that we have gone through the first phase and moved to almost 72,000 Afghans off of these safe havens around the country, we are now in the phase of our monitoring and evaluation. And we are conducting these virtual monitoring visits, where we do quite a detailed overview and diving into case files, interviews, etc. To really understand how the Afghans are faring and communities were all of the services delivered that needed to be delivered. Are they in housing now? Amazingly, almost all of these Afghans are now in long term housing in these communities across the country. And as I said, there are over 300 communities.

Tom Temin: And is there then the result of this effort, some sort of a knowledge body that you have created? I hate the word “playbook,” it gets overused a lot. But do we have this, we have learnings that can maybe help in the future?

Tom Temin: Must be looking over the horizon at what could fall out from Ukraine, for example?

Hilary Ingraham: Yes, at this point, we do resettle Ukrainians. We have resettled them for years. But in terms of this recent conflict, we are working closely with our partners at Health and Human Services, to determine what services will be needed, who will be coming. Department of Homeland Security is actually leading an initiative called uniting for Ukraine, and that is working with individuals to sponsor Ukrainians coming in. But it’s a bit distinct from the program that we run, but there’s no doubt that we will be involved in some way.

Tom Temin: Now, will this new branch that you stood up? Will that remain? And I guess my question really is, what were you doing before the branch? What were your day jobs, so to speak? Holly?

Holly Herrera: Well, yes, as I said, I’m leaving from here to go to the resettlement branch. I go there every week. And we all really value it. Because it’s that opportunity to sit in the same room, across from colleagues at other federal agencies and face to face be working with them. That is something that we didn’t have before. We would have distinct meetings, but not be sitting there working side by side. You really don’t see daylight between us and our partners at some of these agencies. And none of us want to lose that.

Tom Temin: And your job before this was also in the same area of resettlement?

Holly Herrera: Yes, I have been working in this field since ’95, actually.

Holly Herrera: And starting at a nonprofit, doing the resettlement at the national level, working with our programs around the country, and then went to Health and Human Services, which actually does recently as well, and then to the State Department quite a few years ago.

Hilary Ingraham: I’ve been doing refugee and humanitarian work for over 20 years, both with NGOs with the U.S. government and with international organizations overseas. So this is really what I’m passionate about and why it has been so exciting to do this work the past year.

Tom Temin: Hilary Ingraham is director of the refugee processing center and Holly Herrera is the domestic resettlement chief both with the State Department. Thank you both for being with us.

Holly Herrera: Thank you so much. 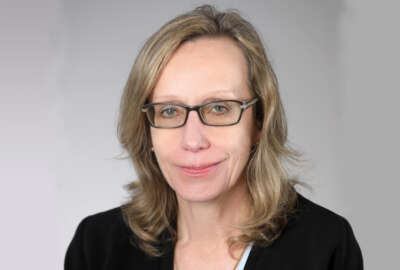 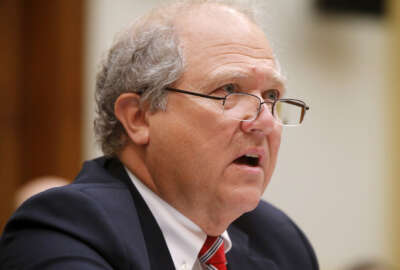 US is mostly out of Afghanistan, but not completely 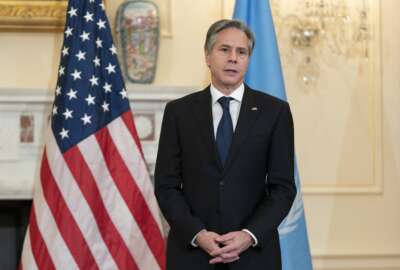