Work team performance during the pandemic gets mixed reviews

The debate rolls on. Is remote and teleworking good for productivity and team performance. There is no clear answer, but some fresh research on how people feel about team performance gives a slight edge to yes, things have improved in the last two years.  The Federal Drive with Tom Temin  got more from the director of client...

The debate rolls on. Is remote and teleworking good for productivity and team performance. There is no clear answer, but some fresh research on how people feel about team performance gives a slight edge to yes, things have improved in the last two years.  The Federal Drive with Tom Temin  got more from the director of client solutions at Eagle Hill Consulting, Andrew Edelson.

Tom Temin: Tell us what you were looking at here. I guess we’ll get into the government specific data. But what were you looking at generally? And what was the methodology to come up with these answers?

Andrew Edelson:  We all know the pandemic was was nothing short of transformational to the government workforce. It is accelerating, in many ways with what employees have long desired; the opportunity to get to work in a more flexible, agile environment. And as you teed up the challenge, or the question is, does that mean it’s better or less better from a productivity perspective. And what we’ve seen and contrary to some of the traditional thoughts of remote work is that we’re seeing that productivity has or at least in the government employees eyes gone up. So according to the survey that we’ve conducted, government employees told us that teleworking has improved team performance, and individual performance. So about half of government employees who telework, both fully remote and hybrid say their team performance improved during the past two years. What’s also interesting, on the other side is only a third of those government workers who were in-person say that their team’s performance is improved during that same period.

Tom Temin: Well, what does that mean, then? If the people generally that are teleworking, say things are better? The people that are not teleworking generally say maybe not so much, what can we really conclude from that?

Andrew Edelson: While the way we work is transformed, he way we manage people has not necessarily kept pace, which is one of the reasons why we’re seeing a lot of these challenges here. Alright, so if you think about the old way, that management and especially in the public sector is operated is the “walking hall” approach. And I was just as guilty when I used to work in the federal government. Supervisors stopping by a cubicle to check in and monitor work. Now one of the main reasons why supervisors were reluctant to approve telework and the old operating environment, because  they believed if you weren’t at your desk, you couldn’t be working. And so one of the challenges we’re seeing here, what’s interesting, as in this environment, the workers are getting a whole lot more flexibility in terms of how to get work done, when to get work done, and how to operate at a balance of a work life. I should say, however, that this balance and workplace flexibility is sort of a double-edged sword. What we’re seeing is that burnout overall is substantially higher for the government workforce. Especially as compared to the private sector, where we’re seeing two-thirds of the government employees are saying that they’re burned out compared to less than half of their private sector counterparts. So the big challenge here, and when it comes to productivity, is that burnout is a one-two punch to productivity. Because not only do you have people who are burned out in the workplace, but when they leave, what happens because the mission doesn’t change, the mission doesn’t go away, is the remaining workforce has to pick up the slack. So then the burnout continues.

Andrew Edelson: Generally speaking, yes. The big challenge or the big difference, I should say now challenge is that, in the private sector, the concept of flexible work has been in motion and been growing for some time. So the ability to work remotely, the ability to travel to be much more flexible, has been in place. Unfortunately, or fortunately, during COVID, that was the real catalyst that forced the shake up in the public sector.

Tom Temin :And just to be clear, this was derived from a survey instrument.

Andrew Edelson: Correct. The findings are based on Eagle Hill’s performance management and feedback survey this past year where we conducted it earlier this summer. This is a nationally representative survey of about 1000 adults in across the US aged 18 or older who have employed full or part time, including those who work for a government agency. What we also did so that we can look at government data is we over sampled the government workforce so that we can break that down further.

Tom Temin: We’re speaking with Andrew Edelson. He’s director of client solutions at Eagle Hill Consulting. A couple of questions. People’s perceptions are yes, my team performance improved. You know, in business, it’s very easy to measure productivity, it’s a ratio of inputs to outputs. And so you can tell if the economy is more productive or not by how many people are working with the output. That’s difficult to measure in the public sector. So do you get the sense and maybe this is outside the scope of the study that people actually know whether they’re more productive or not?

Andrew Edelson: That’s a great question. And again, going back to that example of of management by walking around or walking the halls versus remote, this is challenging the way that the government supervisor, the government manager has traditionally operated. When I was in the federal government, what I saw a lot of was, you would promote great doers into a manager role and expect him to be a senior doer, not a manager of people. And one of the challenges we’re seeing here, especially in a hybrid or remote operating environment is it changes the way that they need to manage and lead people, less around task management, and more around results-oriented work. So less inputs and more about outcomes. Now, when we see that doing well, in both public and private sector, accountability and performance both go up. The challenge is, being able to set the right outcome-related or results-related metrics rather than are you at your desk, do I see you doing your thing? Versus Are you getting the right mission result?

Tom Temin: And productivity seems to be by one measure, again, it’s a rough measure, somewhat divorced from job satisfaction. If you look at the best places to work in the federal government scores, which I’m sure you’ve read, they went down. So maybe people are working their butts off, but not liking it as much.

Andrew Edelson: That’s the challenge, right? So the mission doesn’t go away, just because we’re in a remote space or remote operating by if anything, it goes up. And with a flat workforce and increasing needs, the workload has gone up. So the challenge, again, for managers is how you effectively manage that workload. That has to do with setting boundaries, or using people’s times more effectively. So as a manager, how do you effectively prioritize people’s work? Be judicious about how and when you engage them? And also give them the flexibility to do what they need to do when they need to do it.

Tom Temin: Lots of implications here, then what should federal managers who look at the survey takeaway from it, and what should they possibly enact as practices? Then do you think I think you’ve named a few?

Andrew Edelson: Yes, so I think there’s a balance of what supervisors need to be doing and what organizations need to be doing. And collectively, agencies need to prioritize how they can equip to be better managers and developers of people to focus less on the inputs of the “walking the halls”, and more around the results or the outcome. This means better planning, taking time to actually outline outcomes and results that they need and expectations from teams. Better understanding of how to lead and manage teams, and workloads and competing priorities.

Tom Temin: So that means some homework on the part of managers. Because when you really sit down and think about what are your expectations? That’s not such a simple exercise?

Andrew Edelson :No, it’s very complicated, and it’s difficult. And quite honestly, if you also look at how agencies look at measuring performance, they say in supervisory expectations, that they evaluate supervisors abilities to develop and manage and lead others. However, as you, see the accountability on a large scale is almost never appropriately executed. And you can see that through performance management data from OPM, where most of the workforce, including supervisors, and executives in particular, are rated excellently or outstanding. 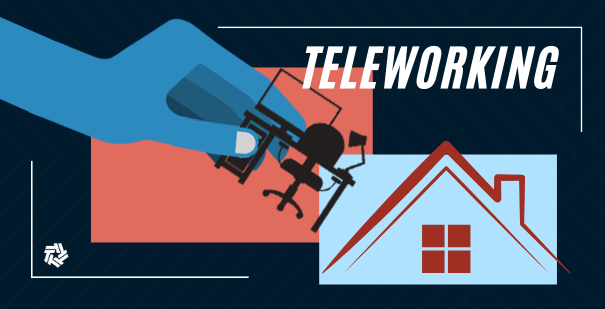 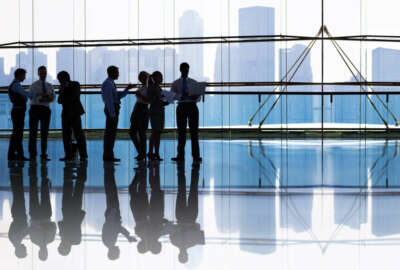 Work team performance during the pandemic gets mixed reviews