When it comes to the governmentwide security clearance process, history is known to repeat itself.

Citing many of the same challenges that forced the Government Accountability Office to first add the federal security clearance process to its High-Risk List in 2005, auditors today added the program back on its biennial assessment of federal initiatives.

GAO typically releases a High-Risk update once every two years. The next update is due in 2019, but the agency broke with tradition...

When it comes to the governmentwide security clearance process, history is known to repeat itself.

Citing many of the same challenges that forced the Government Accountability Office to first add the federal security clearance process to its High-Risk List in 2005, auditors today added the program back on its biennial assessment of federal initiatives.

GAO typically releases a High-Risk update once every two years. The next update is due in 2019, but the agency broke with tradition to call attention to its concerns with the governmentwide security clearance process.

“Our objective for the High-Risk List is to bring attention to policymakers of the need for action sooner, rather than later,” Comptroller General Gene Dodaro said Thursday in a statement. “Renewed and strong top leadership commitment will be critical to facilitate progress in reducing the backlog and completing key improvements to the personnel security clearance process.”

The current clearance backlog of about 700,000 pending cases and lengthy processing delays were among the reasons for GAO’s decision. But the agency also cited four others:

GAO first added the security clearance program to its High-Risk List in 2005, when the Defense Department processed the majority of government background investigations for 22 agencies. GAO, however, said it had been documenting problems with the DoD’s program since at least the 1990s.

“DoD has taken steps — such as hiring more adjudicators and authorizing overtime for adjudicative staff — to address the backlog, but a significant shortage of trained federal and private-sector investigative personnel presents a major obstacle to timely completion of cases,” auditors said in 2005.

GAO eventually removed the DoD security clearance process from its High-Risk List in 2011.

But today, the National Background Investigations Bureau has similar challenges, and the GAO summary of NBIB’s difficulties closely resembles its 2005 assessment.

“NBIB … has taken steps to improve the background investigation process, but it faces operational challenges in addressing the investigation backlog and increasing investigator capacity,” GAO wrote in a December report.

Those challenges prompted Congress to quietly approve DoD’s three-year effort to transfer all defense personnel clearances from NBIB back to the Pentagon. Lawmakers signed off on the plan in the 2018 National Defense Authorization Act, and DoD is currently beginning the first year of a three-year transition.

The plan sparked some anxiety from OPM, which currently houses the NBIB and serves as the Suitability Executive Agent. As Federal News Radio reported, OPM raised concerns that moving 75-to-80 percent of all background investigations from NBIB to DoD would negatively impact its own efforts to whittle down the existing backlog and would put a major dent in its operating budget and personnel capacity.

Meanwhile, some members of industry told Federal News Radio they feared the decision to transfer clearances back to the Pentagon hadn’t gotten enough publicity. Congress held one public forum on the topic last year: an October hearing in the House Oversight and Government Reform Government Operations Committee.

“Continued and coordinated focus on the challenges GAO has identified, and the personnel security clearance process generally, will be necessary to facilitate the transfer of background investigations from OPM to DoD,” GAO wrote. “Additionally, policymaker and stakeholder attention will also be essential to help ensure the smooth and timely processing of personnel security clearances government-wide.”

The Professional Services Council applauded GAO’s decision and urged both the Trump administration and Congress to consider what resources agencies would need to modernize the clearance process and provide thorough reports on the size and scope of the investigatory backlog.

Charlie Sowell, chief operating officer for iWorks Corporation and a former senior adviser to the Director of National Intelligence, was at the ODNI when his agency, OPM and DoD were working to remove the personnel security clearance program from the GAO list. He said the background investigation process needs continual oversight — and attention from Congress. That attention has waned in recent years, he said.

“What really helped us back in the old High-Risk List days was when we had congressional oversight through legislation holding us accountable for performance metrics,” Sowell said. “Those performance metrics haven’t gone away, it’s just you don’t see a lot of hearings on security clearance reform the way you saw them back in those days.”

A few members of Congress say they are taking notice. Sen. Mark Warner (D-Va.), vice chairman of the Senate Select Committee on Intelligence, wrote to Office of Management and Budget Director Mick Mulvaney and requested “adequate funding” for security clearances in the president’s upcoming fiscal 2019 budget.

“I also request you treat personnel security as a special topic in the budget request,” Warner wrote. “It is essential that background investigations are treated as a critical mission function that receives attention from our government’s top leadership.”

“Today’s urgent action by the nonpartisan investigators at GAO confirms what I have been warning about for months: serious deficiencies in our nation’s security clearance process represent an urgent and grave risk to our national security,” Cummings said in a statement.

Collaboration was another key to the effort to remove personnel security clearances from the GAO list, Sowell said, and ultimately, the program wasn’t removed until all agencies began meeting congressional timeliness standards. He predicted the same will be true for OPM and DoD today. Currently, some top secret investigations and periodic reinvestigations are taking more than 200 days on average to complete.

In addition, Sowell predicted it would be another five-to-six years before GAO removed the clearance program from the High-Risk List.

“You need NBIB and DoD partnering together,” he said. “Even as the work is transferring, they’re still intricately tied to each other. They have to have partnership.” 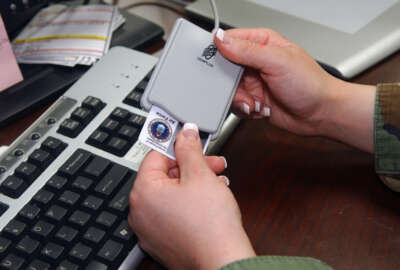