The Department of Homeland Security and one of its busiest components, Citizenship and Immigration Services, both say they’ve made notable progress on their Freedom of Information Act backlogs this year, even though they’re fielding more requests than ever.

But, like many aspects of the department, various components have their own disparate approaches, and processing and tracking systems,...

The Department of Homeland Security and one of its busiest components, Citizenship and Immigration Services, both say they’ve made notable progress on their Freedom of Information Act backlogs this year, even though they’re fielding more requests than ever.

But, like many aspects of the department, various components have their own disparate approaches, and processing and tracking systems, to handle incoming FOIA requests. A departmentwide approach, which the Government Accountability Office said is key to DHS’ attempts to address its FOIA backlog, isn’t finished yet.

Citizenship and Immigration Services attributes its success — a 64% drop in its FOIA backlog in 2019 — to its new FOIA tracking and processing system, called the Freedom of Information Act Record System (FIRST).

It’s the only end-to-end system in government that handles FOIA submissions, manages them and then responds to the public online, Tammy Meckley, associate director of CIS’ immigration records and identity services directorate, said during a hearing Thursday before the House Homeland Security Committee.

CIS received more than 200,000 FOIA requests in 2019. Meckley said processing times for a CIS FOIA case are down, on average, by more than 22 minutes. She attributed the improvements to FIRST.

CIS alone handles about half of the department’s FOIA requests, which represent about a quarter of all governmentwide inquiries.

Requests to DHS represent nearly 45% of all FOIA inquiries across government.

The department said it ended 2019 with a backlog of 32,500 FOIA requests, a 40% decrease over the previous year’s backlog.

DHS also has its own enterprise FOIA tracking and processing system, which six out of nine components currently use, Holzer said.

But members on the House Homeland Security Oversight, Management and Accountability Subcommittee expressed some concern that DHS components still use disparate FOIA systems.

Previously, CIS only accepted FOIA requests by mail, fax or email. Requesters received a CD in the mail with the appropriate documents, Meckley said.

Requesters using the new system can create an online account to submit and receive documents digitally.

“Early indications are that FOIA processors are almost doubling productivity,” Meckley said. “The digital request, management and delivery process will save time, improve efficiency and eliminate potential errors that can occur when manually handle paper.”

Meckley acknowledged CIS and other DHS components have vastly different lines of business, but she sees an opportunity for other pieces of the department to tap into her agency’s services.

“For us the concentration has been focusing on a technical solution that not only met yesterday’s needs but today’s needs and tomorrow’s needs,” she said. “We are in that position now. We are poised to share information about FIRST with other DHS components. I think that solution is one that is scalable.”

On occasion, the components have shared information with each other and processed FOIA requests on the other’s behalf, especially when it comes to immigration.

CIS and ICE, for example, once had a memorandum of agreement where CIS had processed certain requests for ICE.

That agreement isn’t in place today, and lawmakers questioned whether it should be.

“I don’t believe that’s been established, that there would be a significant cost savings to ICE,” Holzer said. “If we were to transfer resources from ICE to pay for CIS to process those records, it could actually impact further operations at ICE.”

The structure of FOIA within DHS has changed, he said, the new end-to-end tracking systems that agencies like CIS are building could

“When we had those memorandums between the components, it was almost necessary because the components were not able to utilize the technology that we had in place,” Holzer said. “The technologies that we currently have in place will allow the record sets to be transferred. I would assume that with a solution such as FIRST that we could grant access to other components to be able to process those records within that solution. If not then we could work with our colleagues to take a look at how we could utilize technology. But my big concern is that I do not want to take resources that are limited at ICE and have them shift it over to CIS to fund a solution that they’re not really interested in participating.”

Meckely said other agencies could easily begin to use the new CIS FOIA system. FIRST uses open source code, and the system is stored on an Amazon Web Services cloud, she said.

“If any DHS component or government agency wants us to expose that code and allow them to use that, we’re ready to have those technical conversations,” she said. 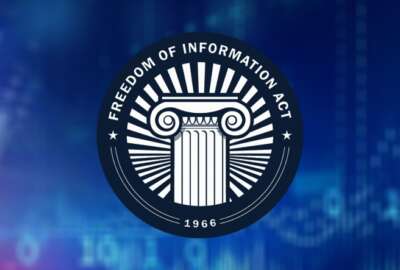