The Trump administration’s recent dismissal of not one but two department level inspectors general isn’t sitting well in some quarters. Some say that, by statute, they report to Congress but not the White House. For analysis, Federal Drive with Tom Temin  spoke to Bob Tobias, professor in the Key Executive Leadership program at American University.

Tom Temin: I guess the larger issue Bob is that this didn’t bode well for the sense of oversight on those Lord knows how many trillion dollars are yet to go out the door to try to aid the economy.

Bob Tobias: Well, that’s true, Tom. You know, Glenn Fine, was the acting Department of Defense inspector general who was appointed to chair the Pandemic Response Accountability Committee. And it’s this committee that’s responsible for conducting audits, program evaluations and criminal investigations of all coronavirus legislation enacted by Congress. A huge, huge job. Now, eight days after he was appointed Chair President Trump replace Mr. Fine as the acting, DOD IG, which meant he could no longer chair that committee. So he removed, Mr. Fine and that followed the firing of Michael Atkinson on 4/3, who was the intelligence community IG. Now President Trump provided no rationale for the discharge of Mr. Fine, but he explained quite clearly and explicitly that he dismissed Mr. Atkinson for his deciding that the whistleblower complaint was urgent and required notifying Congress. Now we have these two actions and then we have the president sharply attacking the Health and Human Services inspector general Christi Grimm, who released a report from her office that described the wide spread testing delays and supply issues at the nation’s hospitals. And then we learned that President Trump also has a list of three or four additional IGs that he’s considering discharging. Now the IGS serve a very unique role in bridging the executive branch and the congressional branch in our government, because they are required by statute to report to the agency to which they’re assigned and to Congress. So they have this dual reporting role, and they have this huge responsibility, and President Trump is, I believe that’s making it very difficult for these 13,000 IG employees to perform their critical, essential role of oversight of the executive branch.

Tom Temin: Firing Glenn Fine was a difficult one to understand the other one I can see well there’s politics there. There’s that kind of got blown way out of proportion in some sense. But on Glenn Fine, first of all, one of the nicest guys in the world, and has been a long serving public servant, that I’ve never heard anything said about him that other than he’s a great public servant.

Bob Tobias: Yes. In the ag community since 1995, and he was the Deputy Inspector General and has been serving for over four years as the acting inspector general at DoD, and is well respected and so well respected, that he was appointed to be the chair of this most important committee overseeing the implementation of the coronavirus legislation. So there is absolutely no explanation, no rationale, and the only reaction that we’ve received so far that I’ve seen from Congress is an attempt to introduce legislation to replace him as the DOD IG. But there hasn’t been what I would have expected, the huge bipartisan complaint about his replacement.

Tom Temin: And it seems like a lot of issues have slipped a little bit by the wayside like people almost forgot there’s a primary election series going on, and leading to a national election in November because of the coronavirus. And what I thought was odd about the dismissal of Glenn Fine is that I mean, if you have someone acting whose career and you want someone appointed fine, but then appoint somebody, but no one has been appointed.

Bob Tobias: Well, no one has been nominated.

Bob Tobias: Yeah, no one has been nominated. And what the President did do was put the acting inspector general from the Environmental Protection Agency and made him the acting, DoD IG. So this person is holding two positions, which meant that Mr. Fine could no longer hold that position. But it’s incredible that President Trump would appoint one person to hold two jobs solely to oust Mr. Fine from his position.

Tom Temin: And of course, there are a lot of long running inspector general vacancies. And these actually go back a couple of administrations. And so in some ways, you could say that to the function of inspector general just simply has not been served well, by top political leadership for a long time.

Bob Tobias: I agree. Now, keep in mind that this whole inspector general creation occurred in 1978 following the Watergate investigations, and there were 12 it was created at that time there are now 74 IDs across the government. And certainly, presidents have not been cheerleaders for inspector generals, these were created by Congress to give them better oversight of agencies. Now, it seems to me that it’s time for Congress to step up to its initial goal of creating oversight of agencies in the federal government and ensure that the original intent of the legislation is carried out.

Tom Temin: Yes. And that doesn’t seem to be what Congress is concerned about what whatsoever, I was also surprised that there was not more hue and cry over that. They’re trying to craft bills, and they’re not in Washington to that makes it somewhat difficult perhaps for them to get the the microphones of attention they’re seeking.

Tom Temin: Bob Tobias is professor in the Key Executive Leadership Program at American University, and longtime observer of these things. Thanks so much for joining me.

Bob Tobias: Thanks a lot, Tom. I appreciate it. 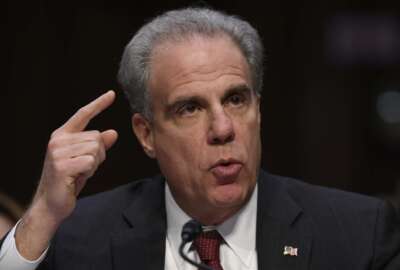 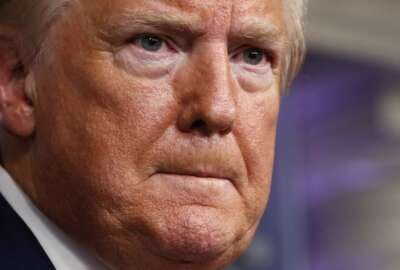