The IRS worked around the clock last year to deliver the first round of COVID-19 stimulus payments to more than 160 million individuals — all while overseeing the longest filing season in its history and limiting the number of employees working in the office.

“The COVID-19 pandemic presented some of the greatest challenges to the IRS in its history, both in terms of being able to carry out our mission and in protecting the health...

The IRS worked around the clock last year to deliver the first round of COVID-19 stimulus payments to more than 160 million individuals — all while overseeing the longest filing season in its history and limiting the number of employees working in the office.

“The COVID-19 pandemic presented some of the greatest challenges to the IRS in its history, both in terms of being able to carry out our mission and in protecting the health and safety of taxpayers and our own workforce,” IRS Commissioner Chuck Rettig wrote in a year-end agency progress report.

Despite those historic challenges, the scope of what the agency must accomplish in 2021 only has expanded.

In addition to sending a second wave of Economic Incentive Payments — and possibly a third, as President Joe Biden has indicated — the IRS is preparing to open this year’s filing on Feb. 12 and beginning to Implement its largest reorganization in decades under the Taxpayer First Act.

The IRS also launched a six-year IT modernization plan in April 2019, but Rettig recently told Congress the agency is already falling behind on progress because of a lack of annual appropriations and the absence of multi-year funding to modernize some of the oldest legacy IT systems in government.

The agency has gone through a decade of budget cuts and lost more than 33,000 full-time employees in the same period. That personnel includes employees in operations support, taxpayer service and enforcement.

Chad Hooper, the executive director of the Professional Managers Association, said that after years of the agency doing more with less, it’s not a question of whether the IRS will meet its mission in 2021, but how well it will perform.

The National Taxpayer Advocate’s latest report to Congress notes that IRS audits and collections have “declined sharply in recent years.” Audit rates, the report notes, fell by more than half between 2010 and 2019.

“The IRS being able to bring on more enforcement personnel is essential, because it is going to help reduce the massive tax gap that exists,” National Treasury Employees Union President Tony Reardon said.

The tax gap refers to the deficient between projected taxes owed and what the IRS actually collects in a given year. Recent projections estimate that the IRS isn’t able to collect $458 billion annually in taxes that are due.

To kick off a challenging year, the IRS has already sent a second wave of Economic Impact Payments to millions of households and has been building on the lessons learned from the first wave.

The IRS issued about half of the first wave of EIPs within the first two weeks of Congress passing the CARES Act, and spent much of 2020 reaching out to 9 million eligible individuals who don’t normally file tax returns to claim their EIP through an online portal.

But the agency doesn’t have the same length of time to issue the second wave of payments.

Because EIPs are technically advanced payments of a refundable tax credit on an individual’s 2020 tax return, the IRS and Treasury Department have sent the payments to individuals through direct deposit, paper check and prepaid debit cards, but that becomes more complicated once the filing season opens in February.

“Once the filing season begins, we’ll be getting returns that now contain this reconciliation, while at the same time issuing a check that we don’t want to double pay, or having the trouble of having to reconcile. ‘Did I send you a $600 check on Jan. 27, and then you gave me your tax return on Jan. 28 claiming that same check as having not been received?’” Hooper said. “All of this is just the unfortunate timing and that sort of inertia in Congress to get behind a direct payment.”

The IRS will likely see some overlap between the EIP rollout and the start of the filing season, Hooper said, but by that point, the agency will likely be dealing with getting EIPs to nonfilers, and therefore wouldn’t need to reconcile too many challenges with double payments.

Building off the lessons learned from the first round, the IRS and Treasury are better equipped to handle the second round of stimulus payments.

That provision, Hooper said, would give the IRS a level of access to the Death Master File that agency officials have requested from Congress for years. In the past, SSA would share information about dates of death only periodically.

“Social Security would be aware that an American had passed away, but it would be several months, or even up to a year before that information would flow through to the Internal Revenue Service,” Hooper said. “Sometimes we find out that someone has passed away because their surviving spouse or their family member files their last return, and we receive that information before we do from Social Security.”

The Government Accountability Office recommended Congress give Treasury full access to the Death Master File after the IRS sent nearly 1 million stimulus payments to the dead earlier this year.

IRS call center employees, meanwhile, now know how to handle questions from the public about receiving their EIP via a prepaid debit card.

The agency recently announced it would send out 8 million EIPs through debit cards. Treasury’s Bureau of the Fiscal Service issued debit cards in the first round of payments, but it led to confusion and calls from taxpayers — calls that instead went largely to the IRS.

Democrats on the House Ways and Means Committee in May complained to Treasury that the unannounced rollout of the debit cards was “creating confusion and actually may delay when Americans receive this emergency assistance.”

Hooper said the IRS leadership his association works with learned about the issuance of debit cards from news reports, once the cards had already gone out to the public.

“We were surprised by that change, and so there was a learning curve that was happening as the debit cards were being sent out,” he said.

A few weeks into the first EIP wave, Hooper said the IRS pulled together a list of frequently asked questions to assist call-center staff.

If the Biden administration seeks to send out a third wave of stimulus payments, Hooper said he hopes Treasury recognizes the need to keep IRS in the loop for actions that will likely result in calls to the IRS.

“If you get a debit card, or you get a check and you don’t know why, the taxpayer isn’t calling the Bureau of the Fiscal Service to ask about it. They’re going to call the IRS first, and it’s not a satisfactory answer to the public for us to say ‘Oh, sorry, we don’t mail those cards, I have no idea what you’re talking about,’” Hooper said.

Bringing employees back to the office amid pandemic

The IRS is also gearing up for the start of the filing season. Hooper said his association recently received word from the IRS that it would bring more employees back to the office to prepare for the filing season.

The employees in question, he added, had previously been out on administrative leave to ensure social distancing for employees who needed to work in the office.

“Now that we’ve been able to get so many people into a telework posture, we have an opportunity now to bring back those idle staff who are at home back into the office so that we can have more of a full processing staff load while using the space of those big offices to spread everyone out,” Hooper said.

A majority of IRS employees, meanwhile, remain out of the office on mandatory telework.

Rettig recently told the IRS Advisory Council that the agency expanded its telework capability to 85% of its employees during the pandemic, a capability it didn’t have before.

Still, Hooper said the IRS is currently not staffed as heavily as it would normally be at this time of year, and expects some delays for paper tax returns.

“At first, we only called back half because we wanted every other desk to be vacant to promote social distancing. And now as time has gone by, we have more opportunity to spread work out and have sort of reconfigured workspaces to bring back additional folks,” Hooper said.

Hooper said he hasn’t seen any evidence of community spread at IRS facilities. Rettig, he added, brought in a medical official to advise the agency’s safety protocols early in the pandemic and has enforced those procedures.

“We are seeing that our staff tend to be safe when they’re in their workplace,” Hooper said. 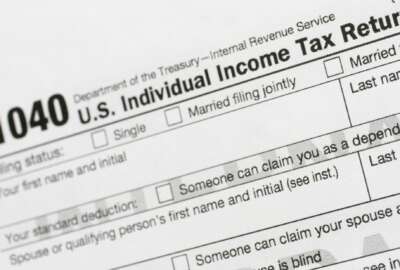 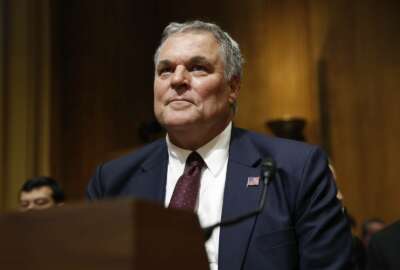 Ahead of filing season, decade of IRS budget cuts ‘taking a toll’ on workforce morale