The Biden administration is rescinding an 11th-hour memo from former President Donald Trump, which had suspended requirements for agencies to set strategic planning goals as part of the annual budget process.

Acting Office of Management and Budget Director Robert Fairweather, in a memo Wednesday, reversed the Trump administration’s decision to remove guidance from an annual budget policy document requiring agencies to evaluate the performance of their programs under the 1993 Government Performance and Results Act.

The Biden administration is rescinding an 11th-hour memo from former President Donald Trump, which had suspended requirements for agencies to set strategic planning goals as part of the annual budget process.

Acting Office of Management and Budget Director Robert Fairweather, in a memo Wednesday, reversed the Trump administration’s decision to remove guidance from an annual budget policy document requiring agencies to evaluate the performance of their programs under the 1993 Government Performance and Results Act.

The Trump administration released a second memo in its final days, clarifying that agencies should still measure and track program performance, as required by GPRA, but said the legislation led to the “production of reams of data of little utility.”

“The removal of Part 6 from Circular No. A-11 in December 2020 threatened to disrupt strategic and performance planning across federal departments and agencies,” Fairweather wrote in the new Wednesday memo. “These activities are critical to clearly defining the outcomes the federal government aims to achieve, using feedback from our customers to improve service delivery, and being transparent about agency results.”

The directive also set a June 4 deadline for agencies to submit draft strategic plans and agency priority goals to OMB. As agencies refine their priority goals later this year, the memo directs agencies to conduct quarterly reviews. Fairweather said OMB will lead “a coordinated approach to achieve these priorities” as part of the Biden administration’s fiscal 2023 budget request and its President’s Management Agenda.

The White House expects to release a budget document next week that will highlight President Joe Biden’s top priorities for discretionary spending for FY 2022.

OMB’s Associate Director of Performance and Personnel Management Pam Coleman said in a blog post that agencies were “clear, and unanimous” in their desire to have the performance management guidance reinstated.

Measuring tangible results is harder than it looks

Wednesday’s memo marks the latest in a series of documents from Biden outlining steps his administration will take to measure the tangible impact of his policies and the trillions of dollars spent on COVID-19 programs.

On Friday, OMB sent a memo instructing agency heads to cooperate with the Pandemic Response Accountability Committee and agency inspector generals to reduce the risk of waste, fraud and abuse of agency COVID-19 spending. That memo also states the Biden administration will use human-centered design principles to distribute relief funding and achieve “equitable results.”

In another presidential memorandum signed just a week into his tenure, Biden the White House said would soon to release more Evidence Act guidance and directed agencies to expand “open and secure access” to their data sets.

Experts in federal management issues, in a webinar last month hosted by the American Society for Public Administration, saw the Biden administration’s focus on performance management as a positive sign, but agreed that measuring the effectiveness of government programs is far from an exact science.

Don Kettl, professor of public policy at the University of Maryland, said GPRA introduced vocabulary to the federal government to frame what the government does and what it tries to accomplish.

“It’s hard to argue against the case for trying to make government more performance-driven, but it’s a lot harder to try to figure out what it means,” Kettl said.

Chris Mihm, the managing director for strategic issues at the Government Accountability Office, said when OMB first included GPRA guidance in its A-11 Circular, it set the tone that budget and performance are part of the same conversation.

“It’s not an either-or — you don’t think of dollars, and then think of performance afterward, or think of performance without thinking of the budgetary consequences of that. They have to be brought together systematically, as part of the same decision-making process,” Mihm said.

While the legislation led agency managers to think more about their work in terms of output and performance, the argument of what to measure to define success remains a challenge.

Kettl said there’s been a “quiet tension for a long time” between the evidence advocates focused on policy design and a growing grassroots movement focused on citizen engagement and customer satisfaction.

“Are we focusing on decisions at the top, as opposed to interactions with citizens at the bottom? Is it user-centered in terms of getting the policy right, or are we interested in trying to find ways of increasing citizen satisfaction?” Kettl said.

The answer, of course, can be both, but Kettl said even the most well-intentioned programs can have blind spots, especially during the pandemic.

He said, for example, it’s “impossible” to determine right now how individual counties are doing in terms of vaccinating underserved communities.”

“We already know that there’s some parts of the American community who have been left on the sidelines, and in some cases have been disproportionately affected and hurt by the spread of COVID. And that if we’re going to try to deal with a problem, we need to make sure that we vaccinate all Americans, [and] it turns out right now we’re having a terrible time even having that conversation.”

Mihm said effective program management also means management across agency siloes. GAO, for example, urged the Department of Health and Human Services in September to develop an integrated strategy with the Defense Department on COVID-19 vaccine rollout. GAO produced much of the same recommendations in a follow-up report this January.

“Everything that we care about is not going to be caused or contributed by one single agency or program acting in isolation. It’s going to be patterns of organizations working together,” Mihm said.

Congress, meanwhile, has demonstrated a renewed interest in standing up this inventory. Congress in 2019 passed the Taxpayers Right-To-Know Act, which requires OMB to expand the information it publishes in its inventory of agency programs to include links to program performance data.

Robert Shea, the former OMB associate director under the George W. Bush administration, now national managing principal for public policy at Grant Thornton, said such an inventory would give any administration a big-picture view on the number of federal programs focused on any one policy issue.

“We do a lot in the federal government. There’s no area in which we’re trying to fix a problem where there aren’t multiple programs aimed at the same problem,” Shea said.

Previous attempts have produced unflattering results. The Bush administration rolled out a Program Rating Assessment Tool (PART) in 2002 that assessed every program in the federal government across a five-year period, and set a foundation measuring the effectiveness of similar programs.

During that five-year review, Shea said the Bush administration looked at 200 federal STEM programs, but Shea said only 10 met “any standards of rigor” and only three had a demonstrated positive outcome.

“We need to be pretty humble about confronting the effectiveness or lack thereof of the programs we’re currently administering. And that may cause us to be more ambitious about inventory in our programs and assessing their performance,” Shea said.

Shelley Metzenbaum, OMB’s former associate director of performance and personnel management under the Obama administration, said agency strategic plans required under GPRA give Congress, federal managers and the public a better sense of where progress has been made.

But agencies should also figure out how to use data to identify programs that aren’t getting results and rehabilitate them.

“It’s not just finding what works and funding what works, and defunding what doesn’t, because sometimes you want to keep funding something even if it’s not working, if they’ve done smart things to try and make things work better,” Metzenbaum said. 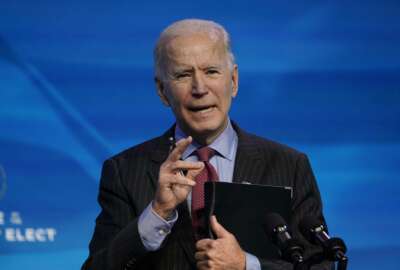