Agency inspectors general demonstrated a strong return on investment in 2020 with every dollar spent on IG oversight work to $17 in potential savings.

In the past year, overseeing trillions in COVID-19 relief spending, IG offices have identified $33.3 billion in potential savings from audit reports and actually recovered nearly $20 billion from investigations.

The leadership of the House Oversight and Reform Committee, meanwhile, are calling for a new kind of investment in IG offices...

Agency inspectors general demonstrated a strong return on investment in 2020 with every dollar spent on IG oversight work to $17 in potential savings.

In the past year, overseeing trillions in COVID-19 relief spending, IG offices have identified $33.3 billion in potential savings from audit reports and actually recovered nearly $20 billion from investigations.

The leadership of the House Oversight and Reform Committee, meanwhile, are calling for a new kind of investment in IG offices — greater independence from presidential firings, the authority to subpoena former federal employees and contractors, and more urgency within the White House to name permanent watchdogs to positions left vacant for years.

More than a dozen agency IG offices don’t have a permanent officeholder, and haven’t had permanent leadership across multiple administrations.

The CIA hasn’t had a permanent inspector general in more than six years. The Defense Department and Office of Personnel Management haven’t had permanent watchdogs on the job in more than five years.

The Department of Health and Human Services, the second-largest agency recipient of pandemic funds, hasn’t had a permanent IG since the pandemic started.

Liz Hempowicz, the director of public policy at the Project on Government Oversight, said that lack of long-term planning from acting IGs can also diminish the scope of what those officials choose to investigate.

“You see offices focusing a little bit more on numbers of audits and small things that they can use to show Congress this is what we’re doing, but not necessarily focusing on those big-picture issues of constitutional concern — those issues that are of concern to people across the country,” Hempowicz said.

The bill folds together several bills that lawmakers previously introduced to give IGs more investigative muscle and more job protections.

The legislation would limit a president’s ability to remove a sitting IG under a defined set of “for cause” reasons. It would also set up whistleblower training for IGs and their staff, and would give IGs subpoena authority to get testimony from contractors and former federal employees.

The bill would also prevent “dual-hatted” arrangements where an agency or the president names a current agency official to serve as its acting IG.

The latest bill also includes the IG Protection Act, which would require the president to notify Congress if he hasn’t nominated an IG within 210 days of a position becoming vacant.

Hempowicz said that provision would prevent some of the “unconscionable” long-term vacancies, such as the five-year lapse at DoD.

“Asking a president to explain to Congress why they haven’t been able to find an individual to lead such a critical office, I think, itself serves as an incentive for the president to go out and find somebody who can fill this job and do this job well,” Hempowicz said.

Allison Lerner, the National Science Foundation’s inspector general and chairwoman of CIGIE, said the bill would build confidence in whistleblowers who serve as the IG’s eyes and ears within an agency.

“We recognize that if people are afraid to come to us, then we will lose out on important leads that could help us do our work,” Lerner said.

Clark Ervin, a former IG for the departments of State and Homeland Security, said the bill would empower inspectors general to exercise their oversight responsibilities without fearing retaliation.

“They would have the assurance of knowing their jobs would not cost them their jobs,” Ervin said.

Agency IG offices have gained attention in the aftermath of several high-profile firings. Former President Donald Trump removed IGs at the State Department and in the intelligence community last year, telling Congress he had “lost confidence” in their work.

These incidents underscored the limits of IG independence under law, and demonstrated that, for all the barriers put up between watchdogs and the agencies they oversee, IGs essentially remain at-will employees of the sitting president.

“IGs do not make many friends when they speak truth to power. In fact, sometimes, they make enemies,” Government Operations Subcommittee Chairman Gerry Connolly (D-Va.) said at Tuesday’s hearing.

Committee members, however, also call for giving the governmentwide Council of the Inspectors General on Integrity and Efficiency more resources to investigate misconduct within their own ranks.

CIGIE’s Integrity Committee this week released an investigation, not yet made public, that found an IG created a “culture of witness intimidation” at their agency. According to the investigation, the IG abused “authority by ridiculing, belittling, and bullying her staff.”

The committee released its report more than four years after whistleblowers filed complaints with CIGIE.

“If we’re going to bolster the powers and independence of IGs, including subpoena power – which, I would support personally – we have to reassure ourselves that the IGs themselves are purer than driven snow,” Connolly said.

Ervin said the IG community needs to make sure it holds individual watchdogs responsible for their own behavior.

“We have to watch the watchdogs. It reflects directly on the credibility of inspectors’ general work if they themselves are not thoroughly investigated when credible allegations are made,” Ervin said. 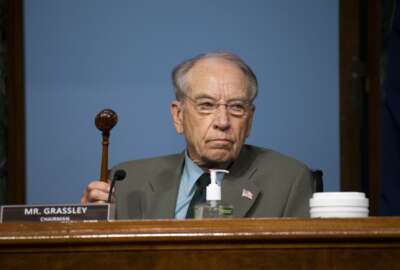