The Air Force is releasing a second tranche of changes to the way it approaches personnel in an attempt to retain some of its top talent.

The service released 13 new policies earlier this month that range from giving women more time to decide their career path after having a child to reducing bureaucracy for airmen with disabilities.

“These initiatives are designed to help us build teams comprised of diverse backgrounds, experiences and demographics,” stated an April 7 memo signed by Air Force Deputy Chief of Staff for Manpower, Personnel and Services Lt. Gen. Gina Grosso and former Air Force Assistant Secretary for Manpower and Reserve Affairs Gabriel Camarillo. “By creating and fostering this environment of diversity and inclusion, we will enhance our ability to recruit from the broadest possible pool of talent.”

Last September, the service released a framework for the new policies. The implementation plan now gives the service solid dates and direction on how to proceed.

The policies require the Air Force to consider a broader range of candidates for key positions that usually lead to leadership roles, such as an aide de camp or military assistant. Starting in May, candidate pools for those positions must include at least one qualified person who is also considered diverse because of personal life experience, geographic or socioeconomic background, age, race or a handful of other attributes.

The Air Force is also requiring more diversity in its command screening boards and development teams.

Starting in 2018, the Air Force will push its recruiting efforts out to new geographic markets and give recruiters access to better databases, technology designed to engage potential recruits and  data analytic capabilities.

New England will be targeted more, considering only 12 percent of Air Force recruits come from that area.

The Air Force is setting up a Human Capital Analytics Office to provide greater visibility into the characteristics of military and civilian employees. The office will better the service’s study of recruiting, retention and separation trends. That office will begin setting up in October.

The policies also directly affect women in the Air Force.

Female airmen will now have up to one year after having a baby to request separation from the Air Force. Previously, women had to decide while they were pregnant.

“Our country has a natural advantage in our incredibly diverse population — we just need to maximize it,” Daniel Sitterly, acting Assistant Secretary of the Air Force for Manpower and Reserve Affairs said in an April 27 release. “This is another initiative which allows Airmen flexibility in making decisions for their careers, their families and their futures.”

Women who had a child recently, but still before the policy became effective, will not be grandfathered in.

Pregnant airmen are still able to separate before the baby is born by requesting a separation two to three months before the projected delivery date.

The memo takes steps to encourage women and minority populations to serve in career fields that lack diversity. One example is remotely piloted aircraft pilots where only 15 percent are minorities and 6 percent are women.

The Air Force is not changing any standards for certain positions, but rather is asking all development teams to conduct an annual analysis on retention barriers for diverse talent.

Career fields singled out include pilots, space operators, cyberspace operators and maintainers. Those are all areas where the Air Force is hurting for personnel.

In the third quarter of 2018 the Air Force will assess the efforts.

The Air Force is trying to make things easier on its airmen as well. The new policies require assignment teams to try to accommodate dual military spouse requests in order to keep them together as much as possible.

That initiative will begin during the fall assignment cycle.

The force is also trying to up its accessibility for disabled people and wounded warriors.

The memo states managers do not budget for reasonable accommodations and hurt retention efforts.

The Air Force is streamlining funding for those projects and estimates it will need about $1 million for 2017 to make appropriate updates.

The policies are part of a larger push from the Air Force to attract and retain its best talent. The Air Force is trying to grow to 321,000 active duty airmen from 318,000 by the end of the year.

The service is finding it hard to keep some of its best members. A large number of pilots are leaving the Air Force after their initial contract instead of reenlisting to go fly for commercial airlines.

The Air Force is now facing a 700 pilot deficit as a result.

In 2015, the Air Force released its first set of diversity initiatives. Those policies gave new guidance to promotion boards, increased the pool of female officer applicants and created the career intermission program. 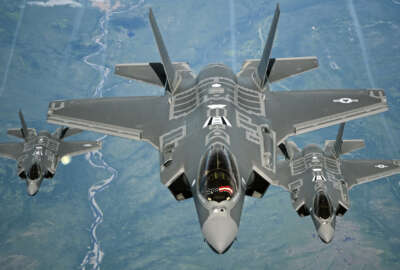 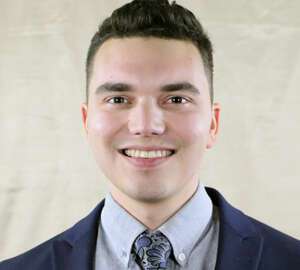 Scott Maucione: Is it time for military women to Lean In?